Delhi woman alleges rape in bus as 45 others 'slept'

AGRA: A 30-year-old woman from Delhi was allegedly raped by a man on a bus headed for Delhi on Saturday. There were 45 passengers on board at the time, who said they were asleep at the time. The woman was on her way from Lucknow to Delhi. Around 7pm on Friday night, Ravi Gupta, a helper on another bus, took a lift from Gonda.

"Early in the morning, I was woken up by a lot of noise. I went to the passenger's aisle and saw a woman beating up Ravi," said Indrapal, one of two drivers, who had handed the wheel to the second driver, Shivraj, when this happened. 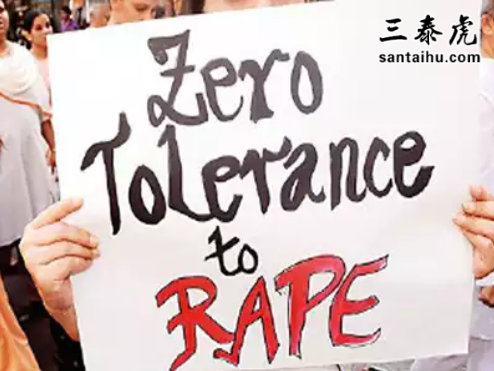 The woman had called the emergency helpline, 112, and told police that she had been raped on the bus. "This happened near the Maant toll plaza (on the Noida side of the Yamuna Expressway) around 5.30am," said SP (rural) Shirish Chandra. So when the bus went past Milestone 65, police caught up and stopped it.

Police filed an FIR ag inst Gupta under Section 376 (rape) of the IPC. "I had taken the double-decker bus from Lucknow to Delhi. At some point, Ravi got on the bus. I was asleep on a sleeper seat when Ravi forced himself on me, tore off my clothes and raped me. There were 45 passengers when this happened," she said.

The SP said the passengers were all asleep and did not wake up until they heard a commotion. Gupta denied the allegation.

If she could beat him . Why wait till she was raped? I think in this case an attempt have been made. Also the lady is exaggerating . Lets not have her ruin a man's life like that

Not possible to rape in bus while 45 other passengers are there in sleep.

Who is to say that they were pretending to sleep while they held their phone pointed to capture the rape in a video?

Woman was beating Ravi and making lot of noise after alleged rape. But she kept silent during the rape. So why she made no noise during assault??

He refused to pay after fun..

Strange...she did not shout? There was no vibration in bus during rape?

Ridiculous allegations!!! It's simply not possible

is undressing a woman ag inst her wish that easy...? that too inside a moving bus with 45 co-passengers.. moreover the passenger just next to her might be hardly 1 or 2 feet away from her..

This is a baseless charge. Is ra a woman so easy, that too on a moving bus, cramped space, passengers...and all of them slee???

looks strange..... some molestation or some unwanted filthy act I can still digest but a proper rape in a bus of 45 passenger looks a bit eyebrows raising.... anyway the police will see to the truth

the woman's story shud be thoroughly investigated...of late there have been attempts at extortion

all bogus allegation... how is this possible... all setting went wrong... there should be strict and timely punishment for wrong all

Didn’t she scream loud enough to awake any of the 45 passengers asleep? Or were all of them reincarnation of Kumbhkaran? Moreover, she didn’t say if the accused had a won to threaten her with. Without a won to threaten someone it will take a superman to be able to rape a woman!

there were 45 passengers and I am sure someone could have helped her out if she shouted for help, unless she was subdue somehow.

why did she did not shout as he touched her?

It could be a case of sexual harassment but it doesn't seem to be a rape case.

It may be by consenses only.

Wait wait woman can beat rapist but allow him to rape silently! My mind is just fused!