I had heard stories about the crowded trains of China during the festival rush and have had the actual experience of travelling in jam packed Indian trains and so wanted to get the tickets for first class but we had no option. 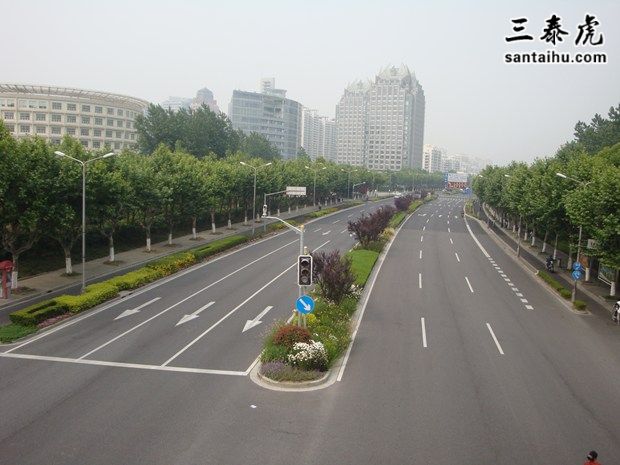 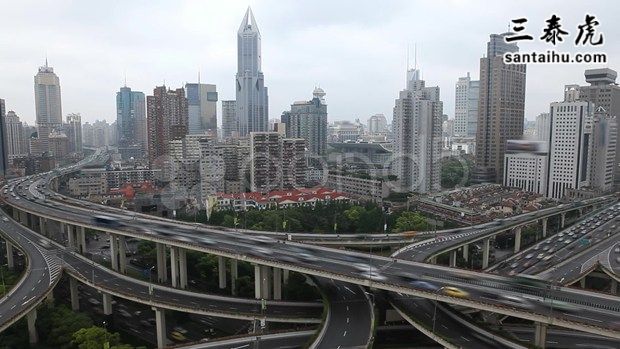 We boarded a bus for Nanjing on 15th February at around 3 PM and informed Unicorn about it. There was a lot of traffic on the road but the traffic moved smoothly. The day was dull and gloomy. The whether didn’t seem to share the mood of the people. The evening made it gloomier. I tried to take some pictures of the moving scenery to tell Unicorn about our location but he couldn’t guess much. But he was there on time to receive us when we landed. I had only seen Shanghai’s bus terminus before this. I found it as grand as that. It stretched beyond the limits my imagination could allocate for a bus terminus. And like in Shanghai and perhaps it’s so everywhere in major Chinese towns, the Railway Station and Bus terminus formed a part of the same complex. What an excellent planning it is!

Chandigarh, my home town is touted to be the most modern city in India and much of the dilapidated and decaying structures are being spared the hammer in the name of preserving the heritage town designed by Le Carbousier.

The city is in dire need of high rise buildings and clover leaf flyover for smooth running of traffic but because of this heritage debate, not much is being done. The city council has gone a step further, as it seems to intend to retain the roads and the streets in their original state they were in when the city came to exist.

The people have no choice but to sweat, swear and fret at fifty years old rotaries jammed due to huge influx of automobiles. If the city administration is so concerned about preserving the heritage than it must restrict the people from procuring cars and ask them to ride bicycles or it must provide some rapid means of mass transportation.

But all that will remain on the drawing boards for another half a century. A city, a nation must evolve with time. We cannot play bag pipes wearing skirts and feel proud of being stuck in a time slot. We cannot sing glories to the queen and continue to dream that sun would never set on the horizon of our extended land, at midnight. Change is the law of nature and rapid change is the need of the hour.

Since at the time the city started taking shape, there was only one train connecting it to other major towns, so most of the city developed around the bus stand which became central and the roads leading to it became so laden with traffic that the administration finally brought up another bus stand which was further removed from the railway station by another five kilometres. 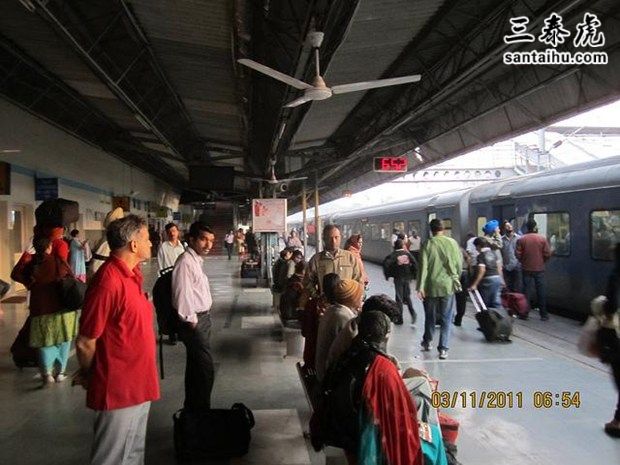 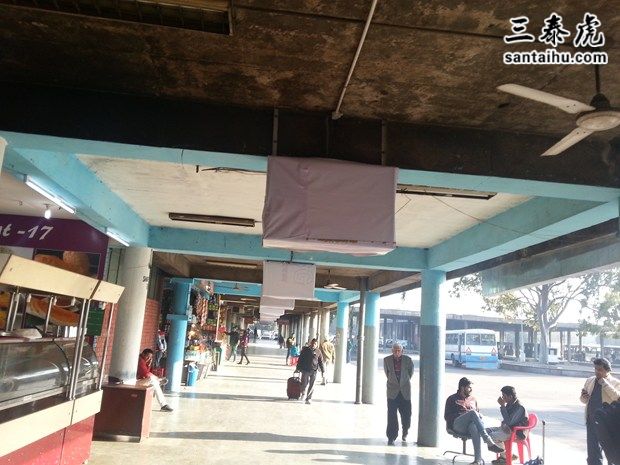 I wonder why they could never think of a brilliant idea making a bus stand next to the railway station. Maybe, because they never got the idea of making a ‘study tour’ to China on poor people’s expenses.

And why don’t they come to China for study tours? Because study tour is just a ruse for free holiday and they would like to go the places where they can enjoy dinners and shopping with their spouses and they don’t know much about China. They cannot enjoy food either.

Perhaps it discourages most of the Indians. I have been exploring the possibility of introducing the beauty of China to my people but it is beginning to look to me that I don’t have the spark to make things work.

I have to be contended with a little appreciation for my small ability of writing. My finished and unfinished works will keep lying piled up on my shelves, unread and unappreciated. 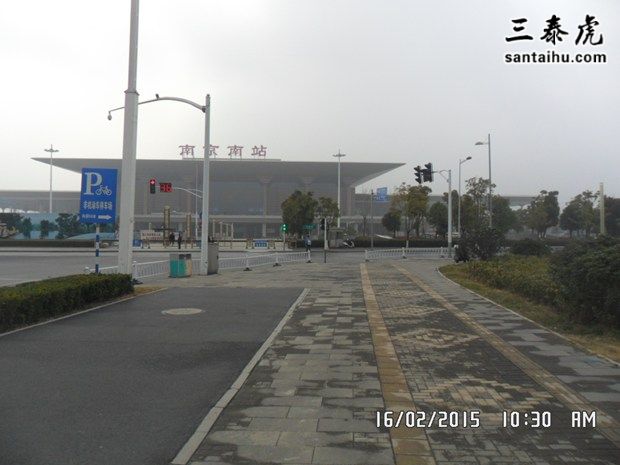 the India old buildings are full British style,will look beautiful if do some clean work,our buildings are modern but simple,not designed,look all the same.hope look a clean and neat India and Indian people,so that i will like to travel there

You are really a good traveler，And you almost have been to more place than I have.

My God! How you have got this photograph of crowded train in India. BTW, all signboards are in Chinese, how you manage to read the road-marks?? You've learnt Chinese?

This picture of crowded train in India is quite a celebrated picture on the internet, I have picked it up from there. I don't have to read the signs because I don't drive, I don't have a driving license and perhaps can never get it here. I think it will be easier resolve for me to climb mount Everest than to decide to learn Chinese :))

Yes, there is no doubt to it. We are progressing but the pace is very slow. Most of the policies and projects get tangled in disputes over misappropriation and co ption, over injustice to farmers for land acquisitions and even branding the projects anti-poor. How can we progress if the vested interests will put their selfish interests before the interests of the nation?

The problem in India is 2 fold. First that a lot of money shown spent for infrastructure work carried out gets siphoned out in co ption. Probably only half the amount shown is actually spent.Second is the mentality here of urinating and spitting in public places, throwing garbage out because of which we are not able to maintain hygiene in public places.Another point is that we do not maintain places by way of regular repair and proper upkeep.

I Had the privilege of visiting Chandigarh twice in my work , and I was very impressed with the city- it looked totally different when compared to our other cities. Has it now deteriorated so much??

Indeed, we have to tackle co ption, if we want to progress but how to achieve that. The nexus between the politicians, the Babus and the Contractors is very strong. Unless some people are punished and the laws are made watertight I don't see much change coming. That feeling of nationalism with which people would work is no more. Chandigarh is better than many cities but is deteriorating rapidly. Garbage bins overflowing, people littering everywhere, traffic jams, all are there and no effective measures are being taken to tackle these, so I wonder how would the things improve.

Nice to see the roads and station etc. etc. Don't you feel sad...things are changing here too. I travel a lot bu train and car and bus at times..The Bus Station here has changed a lot and I heard more changes for the better are being brought in. The R stations are much cleaner...the food better...In a few years' time things will improve..

The mentality of the people should change..the "I don't care " attitude whish make them spit and litter everywhere should undergo a change..

Looking forward to the next..

Am late this time...was away travelling

Things are changing in India too but pace is slow and often the projects are hindered by people opposing them. The opposition doesn't see any move by the incumbent public in the interest of the people and they incite people and bring cases in the court. The projects get stalled and the costs escalate. Then there are people, who make money at every opportunity. All these things delay the projects which take years to complete. All this must change but it can only if people be sincere in their intentions of working for the good of the nation.

Navneetji, what a contrast. Like you, I am a fan of China, although I have not been to that country. Hope you will publish a book on China someday which will be a good reference for people like me !

The more I see, the more yawning the contrast seems to me. This country has made tremendous development in the last twenty years and we are where we were. We too have sincere and hard working people but spirit is missing. The guidance, the motivation, the inspiration is not there. One publisher is bringing out a book based on my blogs. I hope your wishes will come true :))