AGRA: A 39-year-old migrant worker died after walking 200 km from Delhi to Agra on Saturday. The victim, who worked at home delivery service for a private restaurant in the national capital and was a father of three, was on way to Morena district of Madhya Pradesh, another 85 km from Agra.

Identified as Ranveer Singh, the man was a resident of Badfra village of Amba police jurisdiction in Morena, and was heading home on foot.

According to police, the victim collapsed near Kailash Mod on national highway-2, after which a local shopkeeper rushed to his help. 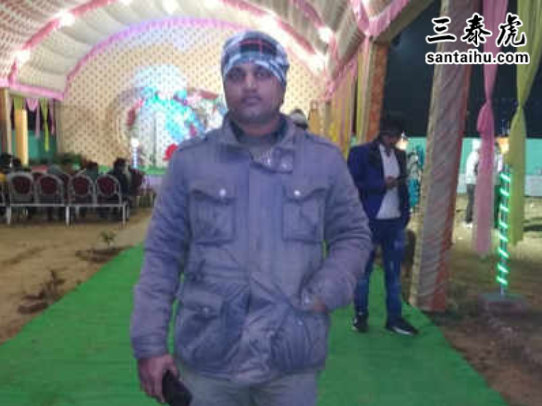 “He made the victim lie on a carpet and offered him tea and biscuit. The victim complained of chest pain and also spoke with his brother-in-law over the phone to share his health condition. Around 6:30 pm, the victim died and local police was informed,” said Sikandra station house officer Arvind Kumar.

Hariparvat circle officer Saurabh Dixit said, “Autopsy report cited heart attack as cause of his death. We assume that exhaustion of the long walk might have triggered his existing heart condition.”

“It’s likely that exhaustion might have triggered chest pain. On the entire NH-2 stretch, UP policemen were present with food packets and water for such travellers, but Ranveer’s death is an unfortunate incident,” SHO Kumar said.

The victim’s younger brother, Sonu Singh, said, “Ranveer was working in Delhi’s Tughlakabad for the last three years. He is survived by three children, including two daughters. We are poor farmers and don’t know how his children would survive now.”

“He had called us up before starting his arduous journey home early on Thursday and said there was no public transport available. Left with no source of earning, he wanted to head home,” his brother said.

Hell with Kejriwal. He should have taken quick action and provided food, shelter and relief to all migrant workers. He is good only in folling and making promises. He is not good mayor. He is URBAN NAXAL. He can do anything for power. Hell with him. He creates mess and want to take advantage of very situation. AAP Govt. must be dismissed.

it is bad thing to happen. but it is foolishness to walk for such long distances, especially, when told not move out of their place. basic purpose of stopping all the transport is to make the people stay wherever they are. transport is withdrawn to prevent the spread of virus.

corona virus  is to blamed for all this, burn made in china products and take a vow never to buy them again in ur life time

You are all ready to jump in the bandwagon at a hair trigger and criticize Modi. You know what, but for him, his principles and his staunch policies, India would have been much worse than what The US is today.

Sorry to say it's his own error in judgement lead to his death, y panic so much when govt is making arrangements, 200 Km is no human feat,this was bound to happen. RIP now

Kejriwal and AAP Delhi Govt Created this Mess and Problem ,should have Organised with Central Govt.

The death even of such an Idiot human being is painful.

People panic and then take hasty decisions, if he waited, he would have got some transport to make him reach his destination

really sad to know ,this could hv avoided if proper transport services are available to such migrant workers to reach their interior homes located in far off place from their work place

May be railways should run a few special trains for migrant workers.

stay put wherever u are do ot panic

In a way YES. Before making announcement, the Bureaucrates knew that lot of people from Bihar, UP and other states come to Delhi for work. Instead of surprising the people of announcing Lock down, they should have taken the situation realistically into account and then made an announcement. Financially it is not viable for any labourer to stay in an expensive place like Delhi and that too for 3 Weeks. Government should note that in haste nothing should be announced and implemented.

This is because of improper planning of lockdown. Lockdown is a must but need some adjustments.

govt. is busy bringing indian with corona virous from foriegn country with huge cost but no time to look after poor Indian

central govt is to blame for this n may more other poor people's dead. just sat and announced lockdown without a care for them n left to rot in worst of fate.

The Indian police is doing what it loves to do the most: beating up Indians with lathis. Meanwhile, lakhs of trucks are stranded on state borders. Supply chains for the most essential items have been disrupted, including medicines, milk, groceries, food and newspaper deliveries.

Modi's wrong policy and attitude has become bane to his own citizens. To leave so much people in such painful journey is callousness of BJP govt.

Request all country people to aid the migrant with foo and water.

Request all local concerned authorities to provide shelter for them.

In my opinion, Govt should relax this lockdown for 2 days only...just let people reach their destination by road, train or flight..then impose curfew.. then nobody will be crazy to travel.. I think by this we can save more lives...

Government can bring people from Iran and other countries, but what about the people who are walking and still walking to home...

This is really very unfortunate

I think minimum transportation Should have been provided to these workers both by State and Central Government. Government can send flights to recover our people from abroad. Should have done some arrangement for these people :D

And Arnab says all this shouldn't be reported.

Delhi govt just dumped laborers at UP border to get rid of them. #Shame