Had no money to feed crying daughter, killed her: Bengaluru techie to cops

BENGALURU: He bought some biscuits and chocolates for his two-and-a-half-year-old daughter after driving out of Bengaluru. He even played with her in the rear seat. But thoughts of harassment by lenders prevented him from returning home and he did the unimaginable - killing the little girl before trying to end his life.

This is what Rahul Parr, 45, a de t-ridden techie who survived the suicide attempt, told police. "She started crying and I didn't have any money left with me. A worse situation awaited me if I returned home. I just hugged her tight and killed her. My helplessness to buy her food made me take the decision. I jumped into the lake with her to kill myself, but didn't drown," he cmed.

Rahul, who was arrested by Kolar police on charges of killing his daughter Jiya and dum her body in a lake near Kendatti on Bengaluru-Kolar highway, was on Friday taken by police for a spot mahazar as part of the crime-reconstruction procedure.

According to police sources, Rahul was disturbed while trying to expn how it all unfolded. "He took some time to get down from the vehicle. In the begng, he wept inconsolably. But he gained control of himself and started narrating his version. By then, he saw his father Vinod Parr and wife Bhavya standing on the lake bed and again broke down. Rahul said he regrets killing his daughter, but had no choice," sources said.

Rahul and Jiya had gone missing on November 15 after he took her out on the pretext of going to school. His wife Bhavya filed a missing compnt with Bagalur police when they both did not return home. The next morning, Jiya's body surfaced in the lake and police suspected Rahul too may have died by suicide.

A techie from Gujarat settled in Bengaluru, Rahul lost his job, suffered financial losses in Bitcoin business and faced a police inquiry for filing a false robbery case. Rahul had pledged his gold and told his wife that he was robbed of the ornaments. He was reportedly attached to his daughter and decided to end her life and kill himself fearing the wrath of those he had borrowed money from.

He added: "I smothered her to death by holding her tight ag inst my chest. Holding her, I jumped into the lake but the water was less. Then I decided to jump before a train. Leaving the body in the water, I came to the road, asked a motorist to drop me to Bangarpet railway station and caught a Tamil Nadu-bound train." 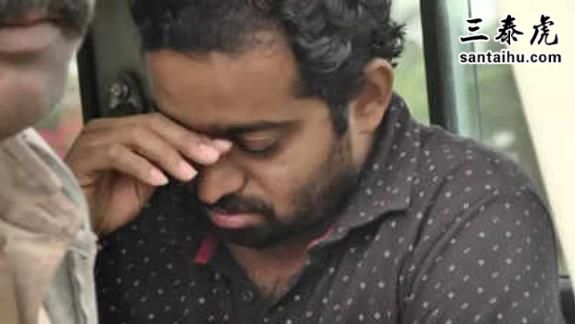 That is why temples should be free of go nment control. Churches and Mo e can afford charity programs, while govt steals donations at temple.

Venkatesh i•17 hours ago

MF, he should have killed himself instead of killing the innocent girl.

Very sad to hear this. Dealing with Bitcoins when one doesn't have deep pockets and risk appetite is really dangerous. I pity the poor and innocent toddler who faced the brunt and wrath and succumbed for no fault of hers and for the sheer greed of the parent.

Just shows we as a society and community are a failure. He did not have anybody to reach out to before taking this extreme step?

I think he had lost money and was feeling guilty and no one to share his side of story. Mostly guys fear if they share truth everyone will blame him rathar than sympathisizing him.

He was never a sane man as he gambled all his money, his wife jewellery and somehow saved.

Very touching story and reality of life. It's not easy to forget the kids. And he killed his own daughter?

It does not make sense. There are so many NGO’s or even a street side restaurant owner would have helped to feed a child. Was the real motive to not be harassed for a loan….bangalore to has a sikh temple that give great quality food and so does many Chr tian and Hindu organisations. What will a jail term serve, he has to kive with this guilt for ever…

Wherever there are North Indians, there is some weird problem.

First he should have had an open conversation about job loss and financial situation with his wife at the very minimum. If the situation was too bad that no one can solve, then they could have given out the baby for adoption. Still there are humans in the world and the kolar area is definitely not filled with stone hearts.

Terrible , crying for a lovely girl to born in such a inhuman father who rather than trying to improve his situation killed his own lovely daughter , how can he do that?.

I prar for little angel's soul to rest in peace. Curse her father for the ghastly act and he will become a living dead man in jail !

You spend more than your earnings without thinking about future.

You dont have money to feed the kid but why you bring the child into this world which you cannot afford?

This guy should receive the harshest of the punishment & set as an example. I mean he can't sell his car, house or for instance anything but the easy way out was to kill her 2.5 year old daughter. Am sure, he wouldn't have thought of this if it was a boy. Hope police does a proper investigation n truth shd come out.

He had money for petrol. He could have sold the car. He could have sold his house and got whatever equity he might have had in it. I don't understand these people - situations are fluid, learn to adjust. Killing a child and using these excuses - not acceptable.

my eyes are in tears reading this article. I can't imagine a father being so cruel. I have adopted a daughter and now she's 6 years old. I try to give my little angel the best possible. I consider her my own blood and even tell her you are the best daughter in the world. really hard to digest somebody can kill such young children.

Our parents spent lives with 15k per month..now even 1 lakh sry are not enough for many..people are so addicted to lavish spending, no savings..putting all money in bank loans for home..they struggle to make ends meet and pay emi's,See being a techie not having job ..he could have worked as a food delivery guy or cab driving..no these people wont their status issues..what will people say..they are ready to kill their baby but wont do jobs..

This is Acche Din

Making po itics out of an unfortunate event. But this is typical of Pakis.

Extremely sorry state but this is no reason to take a life. He should have given her up for adoption if he was so desparate.

A lesson for all techies. Make hay when the sun shines. Invest wisely when you have surplus. Our parents tell us this time and again but i see so many techies overspending with credit cards at malls, going for movies frequently, eating out almost everyday.

But why kill the poor 2.5 year old daughter. What was her fault in all this? My heart goes out for her. May the little angel find peace and hapess wherever she is. I am not sure how the father is going to deal with the guilt all his life?

This is what happens if you live beyond your limits. People want to live like others imitate them and get trapped. No financial plan, no input output analysis, trying to sleep in a cot that does not fit your size.

No idea how much he has been through. Men rarely compn !!

It's a lesson for the younger generation to save for the future and don't try to imitate other's lavish lifestyle beyond means. Only hard work enables one to reach heights... I think every family member has a role to play!

looks like this person has psychological problem. no money is the reason to kill daughter, is just nonsense.