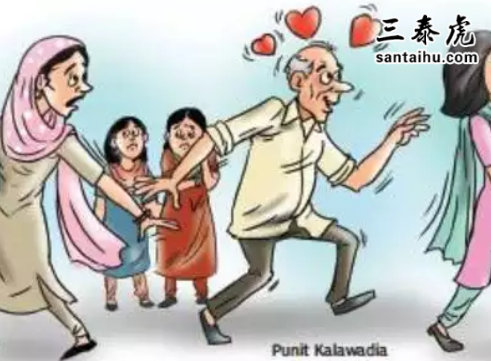 SURAT: His heart ailment, diabetes and other diseases don’t give this 63-year-old farmer sleepless nights. It’s the sheer agony of his sixth wife, 21 years younger to him, refusing to share bed that causes him all the heartache.

When people were desperately seeking some panacea for coronavir s in September last year, Ayyub Degiya was determinedly hunting for a seventh wife, after almost five months into his sixth but unconsummated marriage.

Degiya, a wealthy farmer from Kapletha village in Surat district, got married for the sixth time in September 2020 and separated in December after the younger woman allegedly refrained from kee a physical relationship with him. “She did not allow me to sleep with her. She used to compn of infection. I have heart disease, diabetes and other diseases. I need a wife who can keep a relationship with me,” Degiya told TOI.

Degiya’s first wife is alive and lives in the same village with their five children, aged between 20 and 35 years.

The 42-year-old Rander woman, a widow, did a background check on Degiya and was shocked to discover that she was biwi no. 6. Last week, she lodged a compnt ag inst him in Mahila police station. The accused has been booked under IPC section 498-A (cruelty to married woman).

“He got married to more than five women before marrying me but kept me in the dark. After deserting me, he is now living with another woman even when his first wife is alive. I was told by some villagers that he keeps relations for a few months with women and later abandons them,” the compnant told TOI.

Chandresh Jobanputra, her lawyer, added, “In December, Degiya dropped the woman at her sister's house in Rander saying he was going out of town. He assured to pick her up upon return. But he never came back and hence she approached the police.”

Jobanputra said Degiya initially approached her family cming that he wants to marry and support the woman as she is a widow. He said it was permissible under their fa th. He promised to give her Rs two lakh worth jewellery and a house, a promise which he allegedly reneged upon.

Degiya, however, could not give a satisfactory reply when asked why he separated from all his previous wives.

Asmita Pargi, investigation officer at Mahila police station said, “Degiya told us that he does not wish to live with the woman as she is unfit to fulfil his physical demands. Further action will be taken after registering statements of all those concerned.

these people's don't have any rules. these are live like animals.

This is exactly why we need Uniform Civil Code.

NOT JUST HEART ALIMENT, DIABETES, BP, SUCH A PERSON SHOULD BE TREATED FOR MENTAL HEALTH TOO!

that's what happens when you make farmers rich... read again.

Where is 2nd, 3rd, 4th and 5th wife. Why are they not coming forward. Confiscate this guys all property.

If Jailed this sick person will be a liability on State and a burden on Tax Payer.

First confiscate all his wealth and arrest him simulteneously

Necessity of Uniform Civil Code and Population control Bill is supreme. Else these animals can't be controlled.

Chemically curb his lust and castrate the tool to be doubly safe for women..!!

42 year old sixth wife did "background" check after the marriage. 63 year old was smart enough to 'hide' 5 wives & numerous mistress, whereas some people are ruined by just one and only wife.

Is this guy a human being or a ........ machine.....strange that uch things r happening even today

Constitutional Rights from the INDIAN CONSTITUTION has ensured this beast continues to enjoy his RIGHTS as an Indian Citizen.

Wondering how is this person is allowed to destroy so many human lives, he should be behind bars!!

5 children from first wife wonder how many more are there from the other 4 wives.

Horrible nothing but uncontrollable lust.