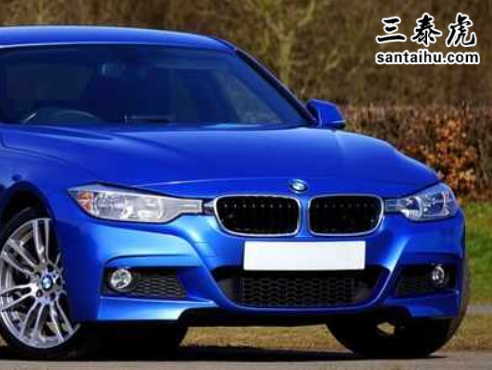 NOIDA: Some unidentified miscreants allegedly fled away with a BMW car after the man driving it pulled up to urinate on a roadside here, police said on Sunday.

According to officials, the incident happened on Saturday night in Sector 90 under Phase 2 police station limits, when Rishabh Arora, a stock broker, was returning in the car from a party in an inebriated condition.

The luxury car is owned by Arora's brother-in-law and there is a Rs 40 lakh loan pending on the vehicle, they said.

“Police force including senior officials had reached the spot after a matter was reported that a man's BMW car has been robbed," said Deputy Commissioner of Police, Central Noida, Harish Chander.

Arora had stopped stopped the car midway and came out to urinate. Meanwhile, some unidentified miscreants reached the spot and fled with the vehicle, Chander added.

Prime facie, it appears the robbery has been planned by somebody known to the car's owner, the DCP said.

An FIR has been registered against unidentified people and the police are probing the matter from all angles and would ensure recovery of the vehicle soon, the officer said.

Asked if the stock broker would be charged with drunk driving, DCP Chander told PTI: “The priority is to recover the BMW and ensure arrest of the culprits. It's a serious concern that somebody's car gets robbed like this on city roads.”

Arora has alleged in his complaint that the miscreants, who had arrived on a motorcycle, had put a gun on his back while he was relieving himself but that claim is yet to be verified since he was “highly drunk”, according to officials.

Arora was using his brother-in-law's BMW for about six-seven days now, the officials added.

Urinating Road side is ok and drunk & drive also ok???

The urinator paid a heavy price that must teach him a lesson for future.

Every petrol pump has washroom which can be used

he deserves it.first place he was drunk then he was urinating on the road.

Urinating on the road side is totally undesirable whether he is a common man or an owner of a BMW. Such offences are punishable. Before the car is returned to the =owner, he should be fined 20 lakhs by the Government.

Congratulate the thieves ! for their fabulous act as not only have they saved the life of Mr.Arora but also the innocent passerby and pavement dwellers who would have been crushed or mowed down as usual. I hope they let the thieves go free with a reward (the car itself would be the best) !

Owns a BMW and peeing on the road side? He deserves to have his car stolen!

Stock market crash could have wiped out his savings

What better way to learn a lesson the hard way - never drink and drive.

In all probability, the Police reaction would be to book Rishab Arora for drink and drive. Municipal authorities would penalise him for urinating on public places.

Delhi people have no fear of any virus, lot of black money, so mutenge, party

40 lakhs loan pending on the car. This is a scam

He spoiled the road side and deserves to be punished.Nice lesson to learn do not drink, do not drive and do not urinate on road sides..

Seem the Recovery guys from finance company must have taken the car as car had pending loan of 40 lacs.

lol ... well deserved. for urinating on the road side AND drunk driving. hope the thieves are caught as well... both parties should be screwed by the police.

Let the guy in BMW be fined for drunk driving and peeing in the roadside creating nuisance before the miscreants are punished...

First police should charge Mr Arora for drunk and drive and urinating at public place if law permits. Yes the recovery is nonetheless paramount.

Don't Pee on the road if driving alone, for your and your car's safety.

Moral of the story is do not drink and drive..not to urinate on streets..

They can buy German's Car but not their attitude