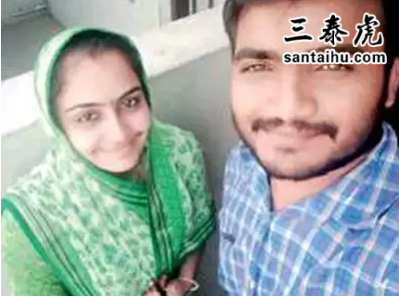 AHMEDABAD: Members of a Kshatriya-Rajput family on Monday pummelled a Dalit man with lathis, slashed his throat, and hacked his head for daring to elope with their daughter. A team of 181 Abhayam and a woman cop who was accompanying the victim fled during the attack fearing for their own lives. The victim, Haresh Solanki - a 23-year-old - had been called by his wife's family for talks and he had sought the help of Abhayam, a women's helpline run by the state go nment.

A case of honour killing was registered after the murder in Varmor village of Mandal taluka, roughly 100km from Ahmedabad city.

Solanki was employed as a driver with a private firm and was a native of Gandhidham in Kutch. His wife Urmila, 22, has gone missing, said a top police offi al. According to police, Solanki had eloped with Urmila and married her eight months ago. Urmila is pregnant, Solanki’s mother Sushila said.

After they married, Urmila lived with Solanki at his paternal house for about a month. Then her father, Dashrathsinh Jh, brokered peace and persuaded her to come back to his house in Varmor village citing her mother’s illness. “Once home, Jh confiscated her phone and kept her in confinement,” said P D Manwar, deputy superintendent of police, Ahmedabad district. “She was not allowed to contact her husband.”

Manwar said Solanki tried desperately to get in touch with Urmila. But his efforts were in vain. His anety exploded when he learnt that his wife was pregnant. Manwar said that Solanki feared that his in-laws would force Urmila to abort their child, or worse, would even kill her for marrying a Dalit man. So he appealed to Abhayam for help.

According to the FIR filed by an Abhayam counsellor, Bhavika Bhagora, Solanki called the helpline at 2.50pm on Monday seeking help to strike a compromise with his in-laws. An Abhayam team, including a woman constable, a driver, and Bhagora reached the Mandal bus stop at 5.43pm. Solanki was waiting along with his mother Sushila and a relative, Dhiru Jadhav. “Solanki told the Abhayam staff that his father-in-law had called for a meeting,” Bhagora stated in the FIR.

Solanki waited outside Jhs’ home while the Abhayam team counselled them. After 20-odd minutes, Jh told Bhagora that he would need a month to deal with the unrest triggered by the inter-caste marriage. At that stage, it appeared that the meeting had ended amicably. But just as the team reached the vehicle parked some distance from the Jhs’ home, Jh suddenly started screaming. “He abused Solanki and asked him how could he, a Dalit, dare to marry his daughter,” the FIR said. “He then ordered his people to kill Solanki.” Responding to Jh’s muderous call, eight men armed with sticks, swords, and other wons attacked Solanki. Scared for their life, Bhagora, the woman cop and the 181 driver fled. “I saw those men pulling out Solanki from the vehicle,” stated Bhagora in the FIR. “While the men rained lathis on Solanki, Indrajeetsinh — Urmila’s brother — slashed his throat while Jh stabbed him in the head and stomach.” Bhagora called police and a team of cops reached the crime scene in 15 minutes.

Police have arrested only one family member, Harishchandrasinh Jh, so far.

Shame on the Gujarat Gt.

I just cry after read the whole story .

Ohhh...there is no re gion like Hindu in this hell country

Excellent BJP led Gujrat Go nment. There are so many Dalits, Mus ms,Chr tians and even Hindus are killed by this so called Hindus. Shame on BJP led go nment Providing support and shelters in the name of re gion and Caste.

Hindus are cursed cult re gion. I woukd advice all dalits to give up your re gion and accept Buddhism Hinduism is re gion of lunatics. Is m, Chr tianity, Sikhism ir Buddhism have no high or liw in their re gion only stupid ch thir d Hinduism has it.

court should set an example of sending them to the gallows, only then such acts will stop...

Cops ran from the sight shame on these. Rather they should have called extra police force and saved the life

Well done.Only the girls family can feel the humiliation they had undergone during this period. First daughter elo and that too with a boy of other caste or re gion. It is a matter of honour. Therefore both boys and girls should understand. Afterall people have to live in this society. Support girls family.

Caste this that nonsense is not really the culprit.

The way these crime news are presented with a caste slant does no one any good. The violence is due to the elopement and marrying outside of the bradree than the caste.

death penalty for such atrocities should be given.

They require the most severe punishment. They should be made an example once and for all. This caste nonsense should stop.

This country had a cancer called Hinduism that teaches inequality and murder should be dest yed.

What a cowardly cop. Shame. Shame!