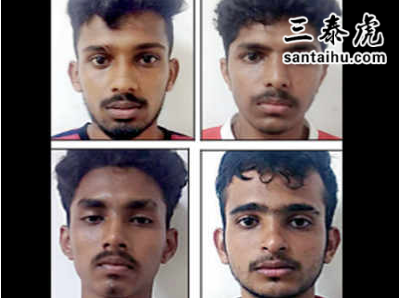 MANGALURU: Five students of a prestigious college in Puttur were arrested on Wednesday for allegedly abducting and ra a Dalit collegemate and threatening her with videos of the act. The accused, all aged 19 and students of BBA and BCom, were apprehended about four months after the crime as the videos went viral and came to the notice of police.

The Dakshina Kannada district police registered a suo motu case following circulation of the videos. The case was registered at the Puttur Women Police Station and two teams were formed to nab the accused.

The in dent took place between February and March. The survivor said she knew the five youths as they studied in the same college.

On the day of the crime, Sunil called the survivor and asked her to meet him. He and the four others picked her up in a blue hatchback and drove to a forested place. When the survivor asked why they were driving to a reme place, the youths remained silent. In a few minutes, theystopped the car and took turns to rape her and film the act. In her compnt, the survivor told police that she was unaware that the youths were filming the assault.

They drove back with her from the spot and days after, threatened her that they would make the videos public and humiliate her online. Fearing shame, the survivor did not report the assault.

College authorities said the five accused had been suspended following the police compnt ag inst them. “The in dent took place during college holidays,” a college source said.

so college mates rape a fellow. Why bring dalit into it? you make it sound as if they deliberately planned this BECAUSE she was a dalit, and had she been any other cast, they wouldn't have done it

She was a dalit that is why uppercaste animals were emboldened to rape her.

We need a Military rule in India atleast for 3 decades to educate our ppl and organizations.

If your mother gets raped as well, will you be fighting the rapist or educating the people first?

Make the life hell for this 5 people.. Just put behind bar for 30 years.. Let their life over behind bar.

these guys should be hanged, sive outrage in Media if this would have happened in BJP rule state then media would have asked for resignation of Modi.

Actually they belong to Congress as per latest report.

Hang them and set example for the society..

these people should be hanged

PM NARENDRA MODI is the responsible for all this .

Wth?? How is a pm responsible for his citizens sins?

It is a shame for being students and done this type of crime. they should be debared from education and severe punishment should be given.

Finally the oldest profession ( prostitution) should be legalised, so that the society will be clean and safe.

mentioning of caste should be avoided by media.

Harsh punishment should be given to set an example... sending kids to school has become so dangerous now.

These idiot rapist should be hanged to death. They have ruined the career of a collegemate.

While i agree that the video should not be circulated, that is what brought this crime to light. Else very likely that the culprits would have remained scotfree and probably repeating their acts. The culprits should be brought to justice under a fast track since the evidence is already there.

God already saved this country from going to the jackals and wolves and sent a messiah namely Narendra Modi.

This is no way related to caste, it is related to criminals in college campus.Why bring caste.

Must be the handiwork of leftist goons.

Nope they are from far