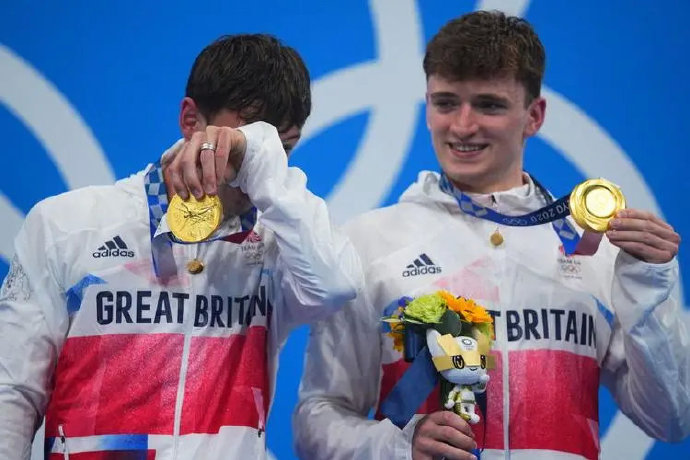 The left stroke’s the death stroke

I know there's a lot of talk about Tom here bc he's been the UK face of diving for a long time and bc it's likely his final Olympics but please let's not forget about Matty like some people forgot about Dan when they won Bronze last time.

They were both stellar!

So so excited for them and their coaches

It has been such a long road! Congrats Tom and Matty! I am so happy for you both! Can't wait for you video talking us through the experience!

China dive was better and harder

Wow China did better though

Obviously not as they came in 2nd!

You saw the whole thing?

The Chinese did get higher scores on the last dive. They messed up the 4th dive, though. Hence the silver.

China got ROBBED in the men's synchro diving. Don't get me wrong, UK did great throughout but there were instances where they hit the water at different times or their synchro was off but somehow were given 10s.

paul d
They dived at a higher difficulty than the Chinese an had great synchro idk what you're talking about. You can even see the synchro problems in their final dive.

I cannot express how HAPPY this medal for Tom and Matty makes me.

How on earth did they beat China ? The China dive looked just as good if not better oh well

Uhh... You're basing your judgment off of one round. What you didn't see was the brilliance and consistency of their previous dives. The Chinese team almost but couldn't catch up to them by the final round.

Their dive was a higher degree of difficulty, so sill got a 101 score with 9s while the Chinese got a 101.5 score with 9.5. Also its a multiple dive event and GB was already leading the Chinese.

Olympic Champions All the hardwork had paid off.

To be fair, the last dive did not score higher than China team. But Tom and Matty performed well no big error in every dive.

China would have won if we just see the last score but tom and patty were consistent since the begng.

their mistake at 4th dive which earn them a lowly score of only 73, cost them the gold medal