Bengaluru: Woman kills daughter, 3, for backing her father in fight over watching TV 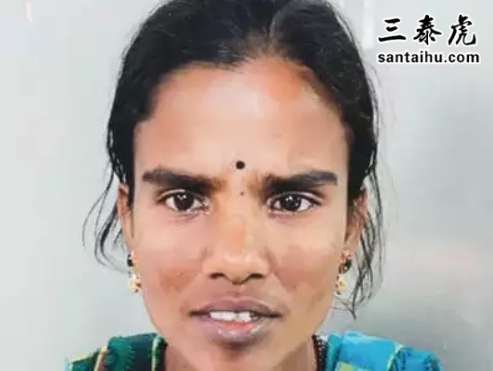 BENGALURU: A 26-year-old woman allegedly strangled her three-year-old daughter to death at an under-construction building at BDA Layout, near Nagarbhavi, on Tuesday night.

Reason: The child sided with her father when the couple fought over what to watch on TV earlier in the day.

Sudha, a resi nt of Mallathahalli and a housekee staffer at a tiles shop, has been arrested.

The in dent came to light on Wednesday morning, when passersby noticed the girl's body. Annapoorneshwari Nagar police rushed to the spot and identified the girl as Vinutha, the only daughter of Sudha and Eeranna, a daily -wage labourer. On Tuesday, Vinutha was reported missing in Mallathahalli and Sudha had filed a compnt with Jnanabharathi police. She told police she had taken her daughter to a chaat shop and the girl went missing while she was busy paying the bill.

Police summoned Sudha and Eeranna to the spot to identify the body and the couple broke down.

Sudha soon cracked up and confessed to have strangled Vinutha to death.

Sudha told police she killed her daughter because the child liked and supported her father more than her. Police said Eeranna would be away from 6am to 8pm daily on work and come home for lunch.

"On Tuesday, Eeranna came home for lunch around 2pm. His daughter was watching TV at the time. Eeranna took the reme and changed the channel to watch news. His wife objected to him watching news channels all the time. She scolded him and told him that he needn't come home if he wanted to watch news. That's when Vinutha supported Eeranna and asked her mother to keep quiet and allow her father to watch TV; the girl said her mother had gone mad. Sudha lost her cool and murdered Vinutha the same night," said Sanjeev M Patil, deputy commissioner of police (west).

Police said Sudha would take her daughter along with her to the tiles shop, where she worked from 9am to noon. Vinutha would come home and narrate to her father everything that would happen at her mother's workplace and this too riled Sudha.

Human stupidity and universe, both are infinite!!!

The woman's explanation is not believable. A 3 yr old is not likely to get interested in news. The woman may have killed the child to hide her extra marital affairs. The child may have seen her copulating with another man. The police and courts are soft on female murderers and this is encouraging women to kill. The only solution is direct action by the public. Kill all murderesses before the police comes.

3 year old wanted her father to watch news,something is fishy, my daughter watches cartoons and when i switch to news she would fight with me and not allow switching channels. Kids supporting to watch news is not normal

so much for Mother's love.

There are some people who never deserve child and are not able to conceive and there are some who do not deserve kids and they get them.

Even animals save their kids from predators and guard their off springs with their own lives on the line. But the human species is a completely different living organism. It kills its own flesh and blood in rage and arrogance.

story line may not be as in this news.

Set up a fast court track , start the proceeding and give her death sentence within few days with condition of no appeal is allowed in the higher courts or mercy plea to the Presi nt,

Seems a reflection of the cultural degradation

Could have given away the child to an orphanage for adoption instead of .......

There is more to this than meets the eye, and the cops should find out more by employing Kobragade tactics on the woman. There might have been much more than laying of tiles going on in the shop that the woman worked, and the girl was a mute witness whom the mother sought to silence. The Father is the second victim in the whole affair.

TV addiction is a mental desease .Po itical and spiritual leaders has to ad

The whole story looks like it is cooked up. Let us hope the police is not going down a wrong path.

the reason for such frustration may be financial stress caused by covid.

I think she could be mentally disturbed.

No wonder TV is called an idiot box.

This is the reason why we shoukd have a patriarchal society

No doubt the kid supported her father in the hope he would switch on her favourite channel for her after the news was finished, which her mother never did. In India the kids are clever enough to know how to get what they want