An Indian-born hoon who clocked more than 200km/h and drove through a red light has been allowed to keep his driving licence due to a dangerous legal loophole.

Rizwan Sekhon raced down Sydney's busy M2 at more than double the speed limit with his flatmate and three other passengers on board.

But the 20-year-old won't be banned from the roads due to a legal loophole which allows foreign licence holders to avoid the same penalties given to drivers in New South Wales. 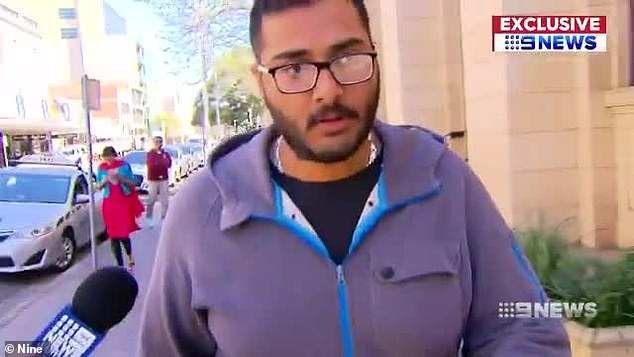 I thought that if you were a NSW resi nt you could only legally drive on a foreign or interstate licence for 3 months.

Could of killed a family. Change the law. He has learnt nothing.

Close the loophole then, now.

Why don't we have a set period of time where once you've moved here, you have to get a local driver's license? Say 6 months or something. Why are people allowed to be on an international licence after 2 years????

Needs to be off the road before he kills somebody.

This rubbish of international licenses has got to stop.

Ridiculous! Total disregard for the safety of the community.

Jail him for a year

He was still speeding at a very dangerous speed breaking Australian road laws, should not matter what licence he has he should be banned from driving

then throw him in jail for a year.......that's about the licence penalty he would have probably faced

Overseas students all know this loophole

I was working with an Indian girl in her 20s who was studying here. She told me that she had an Indian driving licence, but she had never learnt to drive. She had to learn here but I don't remember her taking a driving test, or having driving lessons. You can get licences in India virtually of the top of a cereal packet.

a mockery...this loophole needs to be closed before another person is killed

He should have been jailed for dangerous driving with a large fine. How dumb are our judges.