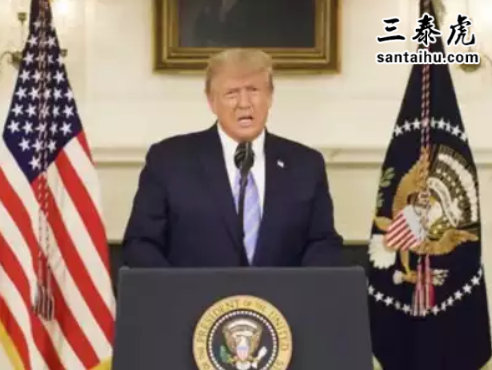 WASHINGTON: Calls to variously impeach, dismiss from office, and launch criminal prosecution against Donald Trump have erupted across the US political spectrum and the media -- including in conservative outlets and among former friends -- as the defeated President briefly retreated into a shell, abandoned by all but his most die-hard supporters.

While calls for his resignation from liberal outlets such as New York Times and Washington Post was expected, some of the harshest criticism came from the editorial pages of the Wall Street Journal, one of whose editorial writers called him sick, and suggested he was mentally unstable and dangerous.

"Mr. Trump is a sick, bad man and therefore, as president, a dangerous one. He has grown casually bloody-minded...No one seems to be certain how Mr. Trump spends his days. He doesn’t bother to do his job. The White House is in meltdown," Peggy Noonan, a former Presidential speechwriter and Conservative grand dame wrote, adding, " America is not safe in his hands. It is not too late. Removal of the president would be the prudent move, not the wild one. Get rid of him. Now."

But after a brief moment in which appeared chastened by the events on Wednesday, the belligerent President found his voice again on Twitter (which restored his frozen account on Thursday night) tweeting, "The 75,000,000 great American Patriots who voted for me, AMERICA FIRST, and MAKE AMERICA GREAT AGAIN, will have a GIANT VOICE long into the future. They will not be disrespected or treated unfairly in any way, shape or form!!!"

"To all of those who have asked, I will not be going to the Inauguration on January 20th," he added.

Trump's vice-president Mike Pence meanwhile is reported to have said he will attend the Biden inauguration if he is invited. So will almost the entire Congress on both sides of the aisle -- leaving only Trump and his family out in the cold.

Its high time that new re gie in America should plan on evicting all Sanghis and Bhakts from America.

Trump is mentally deranged. He must be removed immediately from the White House.

Sore loser. Made sure that America will be in deep trouble for coming years. Hope he gets jail for rest of his life

To all those who are now insulting trump

(1) He brokered peace between Arabs and Israelis

(2) He didn't start any wars, and he stopped those which Obama had started.

Trump is proving that he is a sore loser!

His wife promised to dump him if he loses

Trump, ppl are wondering that how millions of ppl had voted for you - you're still a baby!

Modi had chosen mentally retarded guy as his best friend and did campaign for him " ABKI BAAR TRUMP SARKAR ,

JOE BIDEN IS A CHEAT... go0gle for the blogpost below

Biden will only be happy to not see Trump at his inauguration.

After all these things, it would be childish to expect Trump to attend Biden's inauguration. It is legitimate for him not to attend

Trump lost. How can he be impeached?

No wonder he was a great friend of our PM.

Many similarities are there between Modi and Trump .