Alwar: 'They took turns ra her, ordeal went on for 3 hours' 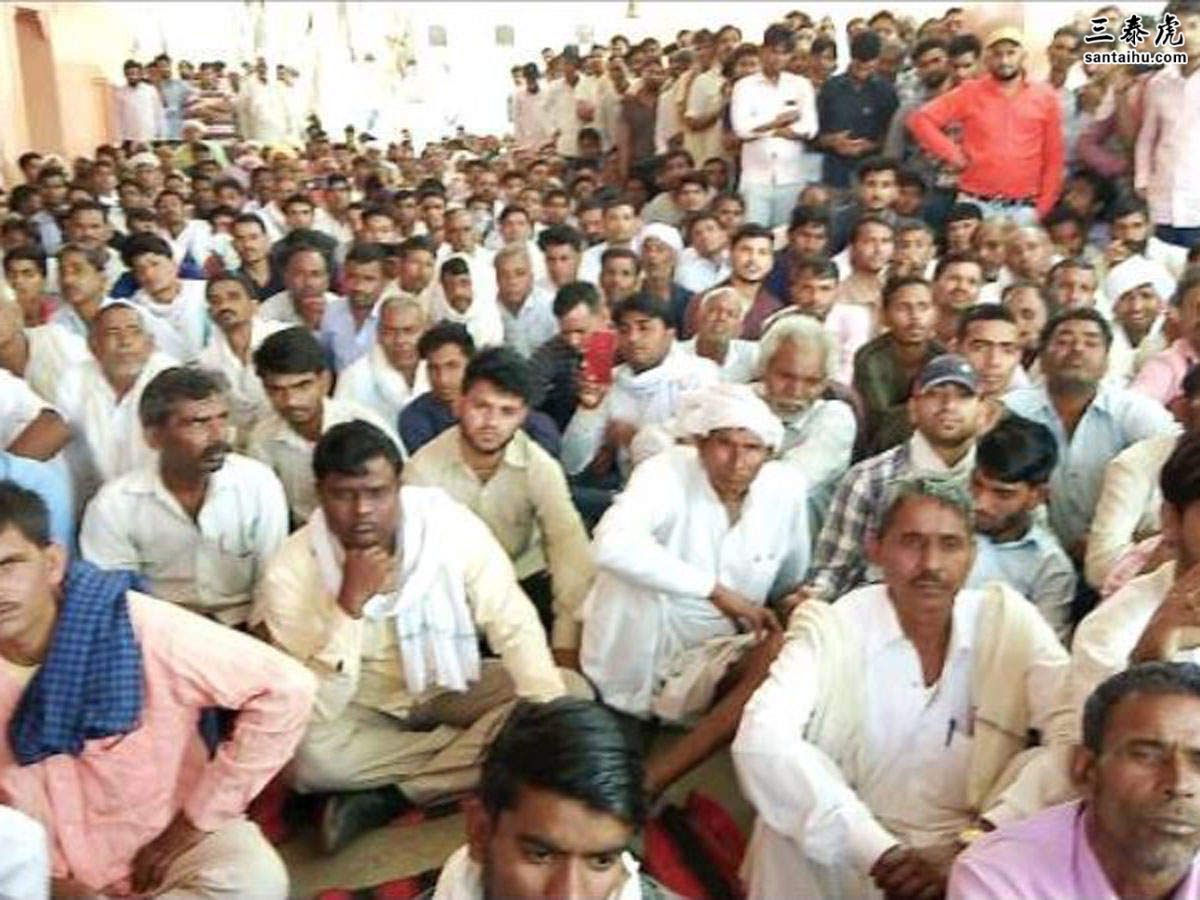 JAIPUR: Raped, beaten, videotaped and blackmailed, the Alwar woman did not foresee the horrific events her day would unfold when she went out with her husband for shop for a wedding in the family. Five youths forcefully stopped the couple near Thanagazi in Alwar on April 26 afternoon and committed the crime .

According to the survivor's account, the more she resisted, the more the five men tortured her and her husband. The gang-rape went on for almost three hours. Later, one of the accused even blackmailed the couple with the 11 videos they had recorded for cash.

The survivor's brother-in-law told TOI, "My brother works in Jaipur and his wife stays at her parent's place near Thanagazi. On April 26, they went shop in Alwar. They were on their bike when five men on two motorcycles started following them on a deserted stretch of the road. They forced my brother to stop. They then dumped the couple's bike in a ditch and dragged them to the sand dunes off the road. "

The couple were then forced to strip and videotaped. "The five beat up my brother with sticks and hit his wife. She tried to resist. But the more she resisted, the more they beat them up. Out of desperation to save her husband, she surrendered. They took turns ra her and it continued for close to three hours. The assailants robbed the couple of Rs 2,000 too," he said .

The survivor's brother-in-law added, "My sister-in-law had to push the bike while my brother steered it to get it out of the ditch. This was after three hours of torture. They took three days to tell us about what they went through. Both of them are traumatised ."

One of the five men later called the couple and demanded Rs 9,000 to delete the videos. One of the videos was uploaded on social media, which went viral on Monday, he said.

All men shud be hanged to death. Ppl have no fear in Congress re gie. Congress give free hand to criminals.

Hanging will make no difference, it will be easy death..

There is should be cut, they should be linched in public, the torture should be so severe that they ask for death and public makes sure that they die a very sole , painfull, death...only then the fear of such crime will arise and we won''t see any such cases happening.

Indian Hindus are blinded by their rapist culture. Shame Hindus .

How do you know they were Hindus....

The rape has happened five days ago. the pseudo secular media blacked out this news to help congress in the second leg of polling in Rajasthan. kayvee

Both BJP and congress police judiciary are equally ressible for such horrible crimes.India has become total lawless country.

Don''t drag BJP. Congress is in power. They are answerable.

Where is Rahul Gandhi... All it has returned in congress rule..

is it? so u mean in BJP ruled states its all safe n sound isnt it?

For your kind information there are several cases of Rape in Gujarat also but they are never reported through press. In Gujarat for last 19 years its BJP only.

I dare say that in India, media is acting like a prostitute. Media is available whenever Congress wants it. Journalists have sold their soul for wine and money. . kayvee

True media is sold to congress

Capital punishment no matter what cast, relion, po itical or how influential they are. Kill them all

Kill this pest who are worst then animals

castrate them killing should be avoided.

Friend ur suggession is human but when u free these goons after castrate they will become psychos and haunt socity in many other wasy... best is life imprisonement with this kind of punishment..

Get some RAKSHAKs to do it.

Kangress will take ages to bring them to justice

these rapists are not scared of indian law. am sure they must have done this to many n the crime may not have been reported. undress them in public, stone them to death, let dogs n vultures feed on their dead bodies.

These demons must be castrated, whipped and stoned before being burnt slowly alive.

What has the humanity came to! Such beasts should be shot at sight!

Catch all them parade naked in front of their house and hang them finally. Same first in public.

How come people are so insensitive to make such videos viral.. We have lost the humane side of us..

Not only the rapists but also the people who circulated the video should be punished. They were forwarding the trauma of the victim and enjoying... Hope they are punished

just kill them in front for her or let her do it...

This is what you get for bringing Congress in power.

Khangressi Govt of Gehlot suppressed this shameful in dent for days due ions in Rajasthan.