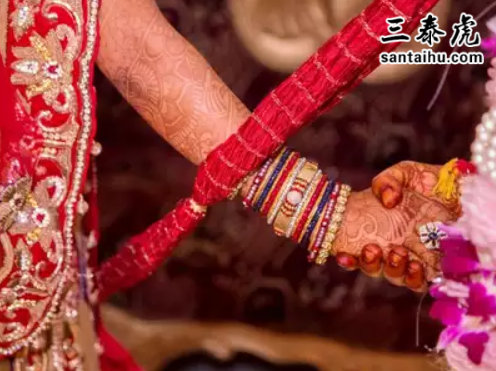 CHENNAI: A 22-year-old woman stopped her marriage in Puzhal an hour before it was to be held following police intervention after a video she sent to her friends went viral on Saturday.

The woman, Janathulla Firdose, 22, of Puzhal was unhappy with her wedding that was fixed with her maternal uncle.

Though she had tried to convince her family members ag inst the marriage, they refused to accept her reasoning and forced her to accept the proposal.

Police said Firdose sent a Whatsapp video in which she narrated her ordeal. In the video, she said that she was unhappy with the wedding as the groom was in contact with several other women and that her life would be ruined if the marriage took place. She also threatened that if the wedding took place as scheduled, she would end her life.

She forwarded the video to her friends asking them to forward it to the police. She subsequently lodged a compnt at Puzhal All Women police station ag inst her parents and the groom’s side.

A police team that reached her house convinced her parents and stopped her wedding. This created panic among the relatives as the marriage was stopped just an hour before it was supposed to be held.

Puzhal police advised the bride’s parents not to force her to agree for the marriage anymore. They took her to the police station and extracted a written statement from her.

A police team from Puzhal All Women police station asked her to contact them in case she faced any problems again. Cops also advised her not to resort to extreme steps based on any situation she faced in life.

I congratulate this woman for the courage shown by her in going ag inst her family. Hope she becomes a role model for the women in this country..

Appreciate the woman. Under that circumstances shared her feelings with friends. Nothing wrong. But parents must stop when daughter says not interested.

Hats off to the girl I bow my head to you

Kudos to the Puzal police for giving support to the girl ,

Its better face the problem and solve it instead of being afraid and not making a move , i think she made a nice move

As a psychologist I would appreciate her boldness and came forward to take action ag inst her family .

All the best for your career ....achieve your dreams my dear sister !

Well done.I really appreciate her will power and get friends.

There was a time, when children were safe with parents, but now parents are making money with their children

Does the story say anywhere that parents are making money?

Congratulations to Police for their timely intervention.

Hats off to police!!!

later may have issues like honor or horror killing etc. So things have not ended in her case. It has just began

She could have simply dialed 100 or better still lodged a compnt online. No need for this dr.

Unfortunately the police would not act on a telephonic compnt . Only because the video went viral and compnt from various people made the police act. Further she managed to garner support which was very important. Very thoughtful of her.

The women's prection cell are supposed to work on exactly these compnts.

Of the girl wants to stop the proceedings she should have fought with her parents. Releasing a video denigrating the family and the boy is not . When you level some charges you must submit proof. If a man has released a video hurling accusatiin s on a woman he would have been booked. I am not saying that the girl is wr ong. But at the same time accusing anyone without proof is also wrong.

She didn't want to marry him, is OK. But the other things, like doubting his character etc, seems to me a bit exaggerated... would the girl's mother make the alliance if it was so ? Or may be it was her brother, but the father ?

How can you marry your uncle? That is disgusting.