What are the first cultural shocks for an Indian arriving in China? 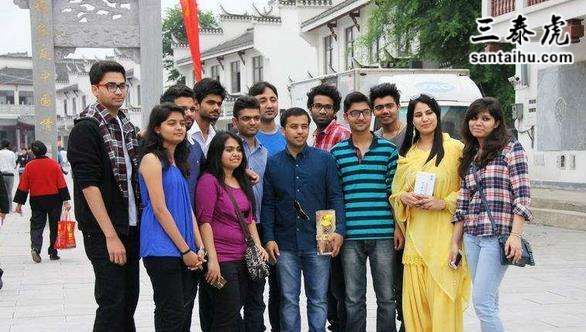 Saransh Sahai, I am stupid. I love LOVE.

Cultural shock.... No. They are also like us. Except for language, I didn't feel any different from home. Little difference:

Women are respected there. Non Biased(on the basis of gender) culture.

Women are free to roam even at 2 AM in the morning. I saw few of them after my night shift. They were roaming care-free, were quite jolly and greeted me with utmost decency. Something that Indian women often fail to ( I should say fear to) do after midnight on streets.

I didn't hear anyone honking on streets for 8 straight days. Yes. It took 8 days for me to hear a horn sound on the street, that too just before an accident.

Chinese are much more disciplined than many of the random Indians you meet on street. I should say, that we need to learn something from them. At least traffic sense.

Freedom of Expressing love - I saw a couple kissing on road, near a police man. Instead of giving them a lecture on culture, he wished them a good day ( My Chinese colleague translated for me). They waved at the police man. But yes, having intercourse in public view is not allowed. :P

Lovers are not forced into marrying if they are found roaming in a garden.

The Chinese news channels project a positive image of the nation. Negative news is put in as short as possible.
(In India also this will happen) People are very friendly. I got a royal kind of treatment from the people there. They invited me to their group discussions, though I understood nothing, but their was always one person who would translate live for me. They took good care of me, gave me enough attention so that I won't feel left out, and not much that I might feel uncomfortable. :)

These were the plus points. Let us discuss some negative facts, which might be wrong, as I've spend just 2 months there.

As Indians, we enjoy the right to fre m which are not available the same way to the people of China. If they say a single statement against the go nment, they face heavy charges. In India, even a beggar is free enough to curse our PM in full public view.

The literacy rate is low. Again, I doubt this, but was told by one of the floor supervisor in the company I was working. He said that most of the people working on the shop floor were not even high school passed.

Language - They take pride in their language. Everyone should. It's a great thing to do.

Well, in spreading garbage, they are in competition with us. BUT, their go nment employees responsible for cleaning the city are very efficient. By the end of the day, the streets are full of temporary shops. By midnight, there is a lot of garbage on streets. and you wake up in the morning to them clean. CLEAN.

I have never been to China. You should ask those who stay there or had been there.