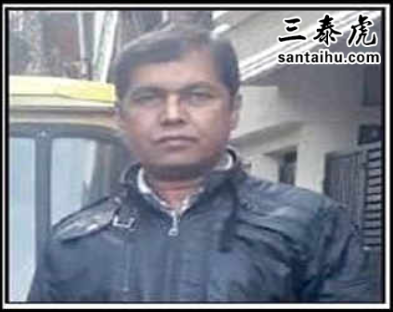 BENGALURU: On October 18, an autorickshaw driver in the city went out of his way to return the phone of a passenger who forgot it in his vehicle.

Around 9.30pm on Friday, Aprajita Gaurav, 23, hailed an auto from Indiranagar - where she had a with colleagues - to reach her MG Road office. Aprajita, who works at an IT firm, had forgotten her iPhone 7 Plus in the auto. "The very thought it made me sad as it was a gift from my mother," Aprajita told TOI .

"I tried calling my number from the office reception but the calls went unanswered. Later, I took the office cab and reached my home in Sanjaynagar," she said.

However, a pleasant surprise awaited her. Auto driver Wajid Pasha, 45, who had driven till Commercial Street after drop Aprajita, found the phone in the back seat. "It had started raining heavily and I was trying to cover the seats. It was then that I found the phone. But it was switched off. I immediately drove back to MG Road in a friend's auto as rainwater had entered the engine of my vehicle," he added.

It was around 11pm when Wajid reached Aprajita's office. When the secu rity guard informed him that the employee had already left, Wajid decided to meet her and hand over the phone personally.

Both Aprajita and her father Kumar Birendra Tiwari were elated to receive Wajid, who arrived with the iPhone. "The in dent has restored my fa th in humanity. I take auto rides frequently. In fact, this is the second time I had left my phone after the ride. I wan't lucky during the first time," said Aprajita.

Tiwari said, "The resale value of the phone is around Rs 35,000. I really appreciate honest people like Wajid who travelled at least 12km to return my daughter's phone, that too at 11.30pm braving the rain. It is rare to find such honest people."

Very rare species among Bangalore auto drivers. He needs to be really appreciated for his honesty. Hope people stop blaming a community. There are good people every where around you

Whatever the DOUBTERS may say about this act of the Auto Driver,it was indeed A NOBLE and COURAGEOUS ACT.

he reached her home? who provided the address? isn't that security risk in general. Btw I am not saying he is bad or anything like that. what he did is awesome.

Hats off to the honest driver; he is indeed an exception among the greedy, arrogant auto drivers in Bangalore..

The Auto Driver is among 10 Percent of Good Drivers ,the Owner should have to pay at least 24 KM running cost to help a low income person.

Honest people deserve appreciation, even if it is, 1 in 10,000 instances.

Heartwarming to see glimpses of honesty and upness in this materialistic world.

HUMANITY AT ITS BEST !!!

Good. Very rare to find such people in the present world. I hope the lady must have given him some cash reward or a lunch or a dinner , God bless the driver and his family

Make him next finance minister

Hats off to the auto driver

A Singh1 hours ago

The state Gts should have special category awards to recognize such kindness and honesty.

AakashUnited We Stand2 minutes ago

Though appreciation is the best...but she must have rewarded him with at least 20% of the Iphone's price..Money matters to poor people..

How did the woman forget the phone a second time? That shows she is careless. The driver returned the phone as he knows that it can be easily tracked by the police using the IMEI number.

A honest person like him is rare to find in today''s fact paced greedy world.

lost phone in auto once and careless enough to lose in auto the second time as well. you can't be lucky everytime.

it just takes a moment to look back at the seat while getting down from an auto to ensure that you are not leaving anything behind.

Because iPhone is so complicated and he decided to return...

if it was Nokia, he would have kept it..