KANPUR: A 15-year-old Class X student of a go nment school in UP's Auraiya — who was allegedly beaten by his teacher for a mistake he made in a class test on September 13 — died of internal injuries.

The dalit student died in the ambulance while being shifted to the UP University of Medical Sciences in Saifai, Etawah, for treatment on Monday.

A case has been registered ag inst the accused teacher, who is absconding.

The victim, Nikhit Kumar of Vaisholi village of Auraiya, was studying at the Adarsh Inter College on Phanfood Road under the limits of Achhalda police station of the district.

His father Raju Dohre said: “On September 13, Social Science teacher Ashwani Singh held a class test. My son had studied a lot for the test. He was fine in reading and writing. Nikhit had blackened two boxes instead of one in the OMR seat and wre ‘sjak’ instead of ‘sjik’ (social). This irked Ashwani Singh who grabbed my son by the hair and beat him mercilessly till he fainted and fell on the ground in the school itself.”

“He gained consciousness while being taken to a private hospital but had difficulty in breathing. Doctors said he had suffered internal injuries. In between, he was treated at several hospitals. On Monday, he was being taken to Saifai but died in the ambulance while being shifted,” he added.

Giving further details, Raju said, “When we came to know of the beating, we reached the school. We were threatened by the teacher. Later, when we prested, the college principal intervened and assured us that the teacher Ashwani would take care of the medical treatment. The child was admitted to a private hospital in Etawah and an expense of Rs 40,000 was met by the teacher.”

“During the course of our interactions, the teacher also misbehaved and abused us with caste-specific words. We then went to the police station and filed a report on September 24 ag inst him. We later brought the child home. But seeing his condition, the police tried rushing him to Saifai for treatment. However, Nikhit’s condition deteriorated and he died on Monday morning while being shifted,” said Raju.

Auraiya superintendent of police, Charu Nigam, said that the teacher was booked on September 24 under the relevant IPC sections. “Now, after the death of the child, more sections of the IPC would be added. Strict action will be taken into the matter. The postmortem has been done by a panel of doctors and its videography has been done,” she said.

Three teams have been formed for the arrest of the teacher, who is absconding.”

Auraiya district inspector of schools Chandrashekhar Malviya said, “Orders have been given to the college manager to suspend the teacher.” 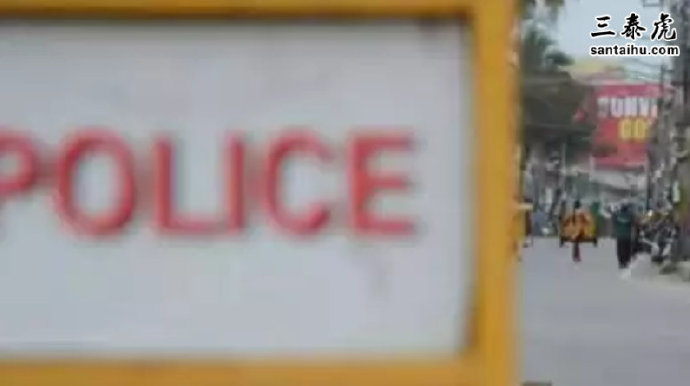 4 years of dyansty family rule saw UP SP cadre and BSP cadre as teachers and police. Its only for the last 5 years, merit and performance are set as metrics to get a go nment job. This kind of verbal abuse and perse tion will continue as long as old stock remains without expiry.

The ways of past are no more. All educators should understand. We also got beaten by our teachers and parents but we don't pass down that. Previously most of the times i saw, if a child would misbehave or not study he got beaten, not to the brink of death but just humiliated enough not to repeat wrong things. Now 1 slap by teacher is enough to earn ire of everyone. So when one of my relative , a teacher in govt school slapped a child for not studying (the child as per teacher had b future ahead). I asked her not to do it anymore as the family will never understand, and behold next day ,she was confronted on beating a poor student by parents. Now she just scolds and nothing much, student don't listen and their career go down. This is the viwepoint of teachers. It should be understood as well

Such casteist teachers should be identified proactively and fired. Fellow teachers and students should provide information proactively to state go nment.

There are two important points here. 1 Corporal punishment of the student was totally wrong. 2. The medical treatments provided since this student's injury needs to be assessed by out of state medical experts who have no connection with the doctors and hospitals involved.

Why Principal should also not be arrested and suspended ? He tried to hide evidences and trying to give shelter to the teacher . Teacher will pay his medical bill .Even if the Boy survives What price Principal set for the torture and pain he and his family suffered. Why He did not report to police before .May be he survived.

The teacher should also be beaten to desth, not hanged!

Every week there's a death of a child due to physical assault by teachers. Are these teachers or murderers?

We are the real murderers since we only speak when someone dies. I saw so many kids getting beaten up at my school for one reason or the other and everyone was just happy it was not them. Teachers were afraid of kids who were goons but they always were able to enjoy power over kids who didn't prest.

when criminals becomes teachers of govt schools.....this is expected.

who the hell cares what mistake was made by the student on the paper? So irrelevant. Catch the useless educator and jail him for life.

Maybe it's an accident! Why do teachers kill a student?

A grown man cannot kill a child by 'accident' without the intention to physically harm the child. Regardless, he is in a role of responsibility and should not be making such accidents. He should know better. I think its ridiculous that you've even considered to justify the death of a child as an accident.

The doctors stated the child had multiple internal injuries. Im not sure this can happen by accident. Also, it was done in a rage of fit as stated by the father of the child. The teacher is also absconding now. Also used casteist and derogatory terms. You my friend, would be the worst investigator in the world as you would try to justify anything and classify everything as an accident. I would like to know if you have any kids. Or whether your parents would accept 'accident' as the excuse for you being murdered. What a CLOWN!

Teacher should be arrested as soon as possible. This is not acceptable at all

Look like; the UN Human Rights Commission and all other subsidiaries will have to open offices in,India along with the International Court for doing daily investigation of such heinous, barbaric and cruel killings of women, minorities and dalits in this country.