Man accused of attempted rape in India is ordered to wash and iron the clothes of all 2,000 women in his village for six months in bail deal 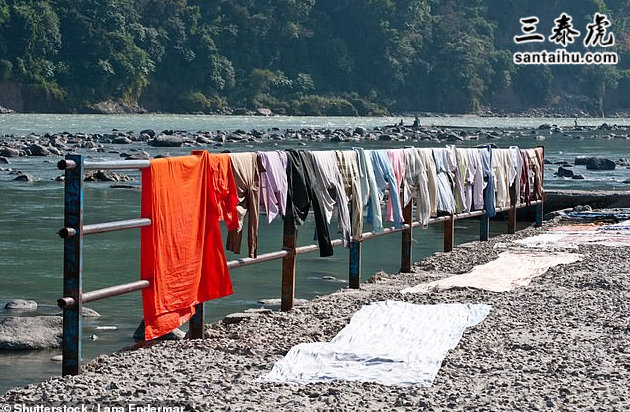 A man accused of attempted rape has been ordered to wash and iron the clothes of all 2,000 women in his village for six months as a bail condition.

Ln Kumar, 20, will have to buy the detergent and other items needed to provide six months of free laundry services to the woman of Majhor in Bihar state, under the ruling made on Wednesday.

Kumar, who washes clothes for a living, was arrested in April on charges including attempted rape, Santosh Kumar Singh, a police officer in Bihar's Madhubani district told AFP news agency.

He was also required to pay a bail bond. No date has been set for his trial.

Kumar's lawyer said the accused was ready to 'do community service relating to his profession' in order to show his professed respect for women.

'All the women in the village are happy with the court decision, cmed Nasima Khatoon, the head of the village council.

India's rape laws were overhauled after a 2012 gang rape in New Delhi but the number of offences remains high, with more than 28,000 rapes reported in 2020.

The actual number is likely to be much higher.

I think if I lived in that village I would have preferred a proper prison sentence for the man rather than having him do my laundry!

I would not be trusting him to wash my clothes. He could be commiting or 'attempting' further acts using the clothes. What a stupid sentence.

Cool ruling - that will teach him, please send this judge to the USA, we need a more efficient change in the justice sy em

the humiliation will be enough to cure him, hopefully.

What a great punishment - should happen here in UK...

This is not a punishment especially when the females have to keep interacting with thier a.ttacker...

I wouldn't let him anywhere near anything of mine.

Great idea, but still No justice..

Oh the shame of it day in day out for six months. Serves him and I'm sure he'll get a fair amount of stick in the process.

I hope the justice department see this article.

How is that a proper punishment?

That will teach him!

I think it's an excellent idea!

He should be doing the prison's laundry, and from behind bars. I wouldn't let him touch my laundry.