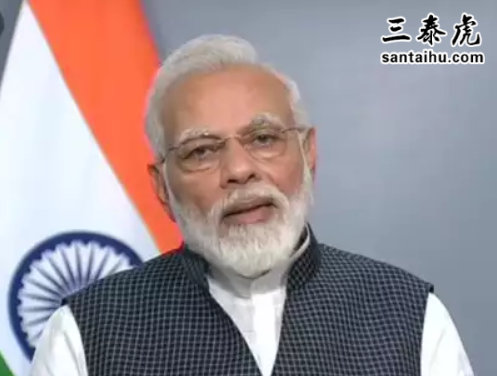 PATNA: A 30-year-old man was arrested by police in Bihar's Khagaria district on Tuesday after he refused to return Rs 5.5 lakh on the plea that the money had been credited to his bank account by none other than PM Narendra Modi himself.

The money was credited to the account of one Ranjeet Das in the Dakshin Bihar Gramin Bank erroneously in March last year. When the bank authorities realised the error, they contacted Das and asked him to immediately return the money.

Das, a resi nt of Bakhtiyar village under Mansi police station area in Khagaria district, however, refused to return the money despite several notices. He told the offi als of the bank that he had already spent the money.

"I was very happy when I received a message on my mobile phone that Rs 5.5 lakh has been credited to my account. It was a big amount for someone like me. I thought the money had been sent by PM Narendra Modi," he reportedly told the investigating offi als.

He said that PM Modi had promised to send Rs 15 lakh each in the bank accounts of the poor. "I thought the amount credited to my account was the first installment of the total Rs 15 lakh promised by PM Modi during an ion campaign in Bihar earlier," Das, a tutor by profession, said.

On August 17 this year, the manager of the Mansi branch of Dakshin Bihar Gramin Bank, Satya Narayan Prasad, lodged an FIR ag inst Das and sought action ag inst him. On Tuesday, Das was arrested and sent to judicial custody.

The station house officer (SHO) of Mansi police station, Deepak Kumar, said that Das was booked under section 406 (criminal breach of trust) of IPC. He was produced before a local court, which remanded him to judicial custody for 14 days.

Modi never promised to deposit 15 lakh into bank accounts. He said the black money in Swiss banks if returns back to India, it would be worth 15 lakh in every Indian’s account.

The fellow is mad or Congress man. There is no reason he should get away with it.

Modi's big mistake was using a metaphor to give people an idea how much black money was stashed abroad. He didn't know that Indians don't understand metaphor.

There are crores of unemployed sadakchhaap bikhari bhakts like him who still hope of acche din and their Lord modi would deposit 15 lakhs in their account.

Plz let him go, he already returned aroung 3.5 lacs. Poor guy was so happy to receive that amount. Banks dont bother when super rich defraud them of crores but they put poor guy behind the bars for not retuning a paltry amount which they credited erroneously.

If you mistakenly transfer to incorrect account, bank will clearly say it is your fault but if they do the same mistake, then it is nobody's fault

In other countries the person who got the money would not be liable for the error of the bank. Here the poor guy is jailed as if he stole the money.

I am confused who is at fault.. The bank or the account holder!!

bank offi al should be put to rigorous imprisonment. they are the real careless scrupulous people. They transfer wrongly to someone's account and demand back the money..third class culture less peoe

Put case ag inst the bank who made the mistake. Let the bank face the law along with Das

Rs 15 lakh per person and it should be closed to Rs 25 lakh if you add interest for the last 7 years. Rs 5 lakh was just the first interest payment. The man should win the case or the go nment should admit that Modi lied.

This is atrocious. Modijee, in all his magnanimity, gives the man his Rs 5 lacs, and banks are trying to grab.

What about Fekuram..He told the citizens that very soon each one of them will get 15 lakhs ..Msn should sue dhadiwalla for remaining 9.5 lakhs plus interest.

Woder under which law he has been arrested, and a court also remanding him to custody. Seems to me that Bank is creating new laws

Leave this man alone. He only believed the words of Modi Shaab like the rest of us.

If you found a bag with cash, a good person will hand it over to concerned person or authority. A bad person will keep it to himself. Same thing here. The account holder is a bad guy. He deserve punishment.

In fact govt owing 9.5 lakh to this guy and 15 lakhs to all other citizens of this country as promised by PM Modi.

Why has this guy been arrested? And, he has been sent to jail !! Under which law ? He had money in his bank account and he withdrew it ! It is the bank business to ensure that the transfer of money to his account was legitimate . . . But then, one cannot question if the money comes as a result of promises / instructions from the highest authority of the land !!!!