Ahmedabad: Man falls in love with maid, throws wife out of house 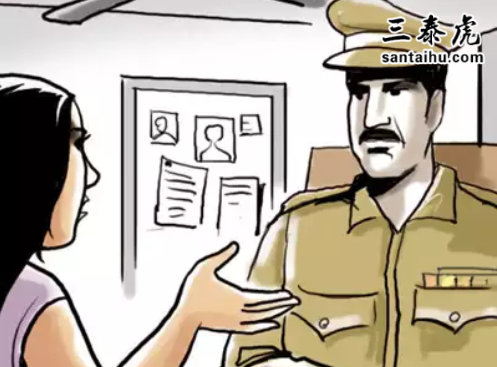 AHMEDABAD: A woman has accused her husband of throwing her out of the house after falling in love with their maid.

Alka told police that she fell in love with Mukesh and married him. They have a 15-year-old daughter Ayushi and a 14-year-old son Vashisht.

She stated that when she was pregnant with Vashisht, they had employed Hetal, a resident of Bapunagar, as their maid to help her with the household work.

In her complaint, Alka said that Hetal and Mukesh began an affair and the two began harassing her mentally and even physically.

In April 2020, during the lockdown, Mukesh allegedly threw Alka out of the house. She went to live with her parents. In her complaint, Alka said that she was not even allowed to meet her children. “Mukesh even gave an application in the children's school asking them not to allow Alka to meet the kids,” the complaint stated.

Adultery is not a crime in India, thanks to Supreme court. Any one can have an affair with any body's wife and vise versa..Then why should some one get married any more?

Job description of the maid may not have been defined clearly perhaps..She misunderstood that even bed room duties are also with her..!!

Women lie. So jum to conclusion on a women's accusations is pointless

Extra marital relationships always ruin the families and in the end everyone is a loser. These relationships should be considered as a criminal offense and should not be allowed.

Modi can use this Gujarat model to draw ves in WB and Assam ions.

Police and state should immediately come to the rescue of Alka. Mukesh will try to find excuses and delay action.

Alka could have sliced his tool so that he would find no reason to continue his relationship with the maid.

What went wrong with husband. Moral of the story, Ladies should not employ young girls as maid when she is pregnant.

How can he give a letter to the school , it was not even opened after a lockdown.

Forget about extra marital, man cannot even have the guts to talk wife, without her permission let alone extra affair. Most of such reports are cooked up and over hiped

The lesson for young housewives in India is never employ good looking young maids to help you or work for you except from 8AM to 2PM when your husband is at work.

Alka should have not remain silent for so long.

maid became wife an wife became maid and may be the Master may end up in jail, hopefully

This is not whole story. There is something more than meets the eye.