No rier will be spared: Delhi top cop 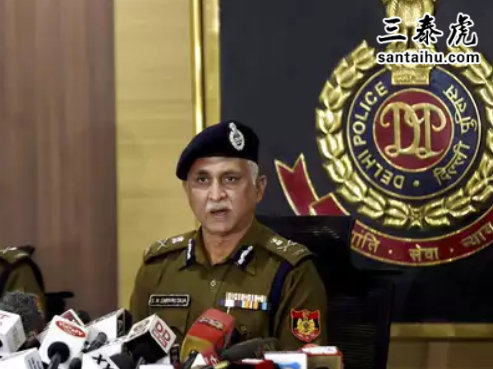 NEW DELHI: Delhi police commissioner S N Shrivastava on Wednesday held the farmer union leaders responsible for the violence in the capital on Republic Day. Hinting towards a pre-meditated conspiracy, the police chief accused the leaders of bringing “militant elements” – who were not at the forefront till then – into the picture from the night of January 25 and throwing the stage open to them that ultimately led to the large-scale violence.

Addressing a press conference, the top cop asserted that Delhi Police will not spare anyone involved in the rioting. He said the number of police personnel injured in Tuesday’s mayhem stood at 394. “Nineteen people have been arrested till now and around 50 have been detained. Over 25 FIRs have been filed,” he announced. Facial recognition software is being used to identify the riers. The commissioner accused the farmer leaders of going back on their agreement with the police and violating every condition that was agreed upon. He recalled how leaders like Darshan Pal Singh, Satnam Singh Pannu and others had given provocative es which led to the violence. Meanwhile, Darshan Pal Singh has been summoned by the police for questioning in connection with the violence.

“The force showed extreme restraint so that there was no loss of life. It was done in everyone's interest,” the police commissioner added. The top cop recalled how they had come to know about the proposed rally on January 2 and immediately approached the farmers who were presting under the aegis of Sanyukt Kisan Morcha.

“Five rounds of extensive meetings were conducted. Initially, the kisan organisations were requested to change their date due to the police's commitments for the Republic Day parade security arrangements. Despite our repeated requests, they refused to budge,” said the police chief.

Despite agreeing on the mutually decided terms and conditions for the rally, the farmer leaders acted in a very irresponsible manner on Tuesday, said Shrivastava.

He said the most serious and reprehensible act was performed by these presters at Red Fort. They climbed atop the ASI-prected monument, vandalised the whole area and unfurled a re gious flag.

"We want to make it clear to everyone that no one involved in these violent in dents will be spared. All the leaders of the farmer organisations who were participating in these violent activities would be prosecuted,” he said.

Please include Rahul Gandhi and his gang of advisors and Sardar Captain Amarinder also as accused.

The Governor MUST support the action of Police to bring the riers to book. Let there not b any compromise. If this is not nipped in the bud, distrarous consequences will happen. Generations will not forgive this go nment.

Law is law, no exceptions to rule.

Just set an example with drastic action so that no one dare desecrate our national pride or take laws for granted. And don't spare the po itical leaders involved directly or indirectly.

catch them and put them in jail, farmers are saying they were not there in roits means either they were terrerists or opposition hired scrondals

Too much restraint is cowardice; enough is enough. A prest is no longer peaceful once they start blocking roads and making lives of others difficult. Give cops the freehand to use AK47 on these hooligans.

What Delhi police commissioner said is factually correct. No rier should be allowed to go unpunished. There is need to act fast.

Modi has no other option as 90% Indians are seething with anger. If he does no book the culprits now, he should start making his post retirement plans from 2024

The riot leaders and the opposition leaders finally walked into the trap set up by the cops.

These hooligans shud be put in Jail, their lands shud be sold to recover the dge of public property during the violence. These farm leaders shud be booked under sedition charges as they defamed the national flag.

Hold them responsible. Collect money for all dges. Seize all assets. Punish severely.