No surprise: Trump left many clues he wouldn't go quietly 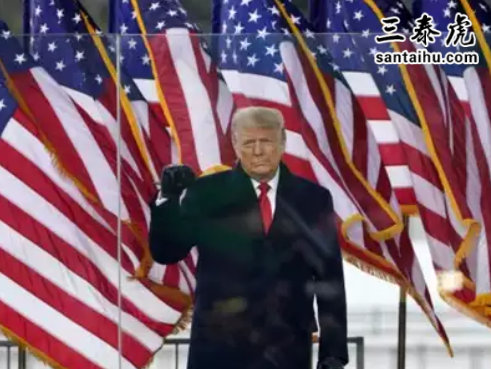 WASHINGTON: US President Donald Trump left plenty of clues he'd try to burn the place down on his way out the door.

The clues spread over a lifetime of refusing to acknowledge defeat. They spanned a presidency marked by raw, angry rhetoric, puffed-up conspiracy theories and a kind of fellowship with “patriots” drawn from the seething ranks of right-wing extremists. The clues piled on at light speed when Trump lost the election and wouldn't admit it.

The culmination of all that came Wednesday when Trump supporters, exhorted by the president to go to the Capitol and “fight like hell” against a “stolen” election, overran and occupied the building in an explosive confrontation that left a Capitol Police officer and four others dead.

The mob went there so emboldened by Trump's send-off at a rally that his partisans live-streamed themselves trashing the place. Trump, they figured, had their back.

This was, after all, the president who had responded to a right-wing plot to kidnap Michigan's Democratic governor last year with the comment: “Maybe it was a problem. Maybe it wasn't.” Over the arc of his presidency and his life, by his own words and actions, Trump hated losing and wouldn't own up to it when it happened.

Months before a vote was cast, he claimed the system was rigged and plans for mail-in voting fraudulent, assailing the process so relentlessly that he may have hurt his chances by discouraging his supporters from voting by mail. He pointedly declined to assure the country in advance that he would respect the result, something most presidents don't have to be asked to do.

There was no evidence before the election that it would be tainted and no evidence after of the massive fraud or gross error that he and his team alleged in scores of lawsuits that judges, whether appointed by Republicans, Democrats or Trump himself, systematically dismissed, often as nonsense. The Supreme Court, with three justices placed by Trump, brushed him off.

That didn't stop him.

“I hate defeat," he said in a 2011 video. “I cannot stand defeat.” But the election aftermath ultimately left him with no fallback except his foot soldiers, who couldn't countenance his losing, either.

AMERICANS ARE SMART AND GOT RID OF TRUMP. INDIANS GAVE MODI A SECOND TERM. INDIA WILL BE NO MORE IF MOFI GETS A THIRD TERM.

This insane guy must be arrested first for instigating riots which led to death of 4 and damage of public property.

Leftie media trying to put down a true patriot - trump

What was not expected was such a ghastly attack on the Capitol building itself! Trump lost control. He should have known his baseless lies and conspiracy theories will have severe consequences.

Indian media are more active with america than Indian news .

Modi will do the same to India

The majority of the Americans are well educated, literate. intelligent and learned people, just within 4 years they recognized the president Trump is not worth and thrown him out.

Question is, how Feku will go...

Eagerly waiting for that day.

Democracy will win. Let him do whatever he wants, fool, loser!

There were some reports that the US Congress is trying to rush through the process of impeachment of Trump within the remaining 11 days of his presidency. I wish they succeed. Such a person should not be allowed to go in history as a genuine occupier of the high office.

I think Biden will be more dangerous for LanDooRs than trump.

Trump will be sent to prison. There are six other felony cases pending against him in state courts. These cases cannot be touched by presidential pardon.

American Feku gone? What about the Indian Feku?