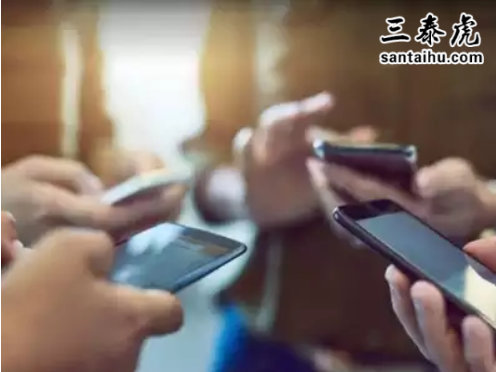 BENGALURU: The number of wireless (mobile) subscribers in India shrank by 1.7 crore to 114 crore in the months that had a nationwide lockdown — April to June — and was yet to reach the pre-April level even by the end of August, despite new additions reported in the two months after June.

Neil Shah, vice president (research), Counterpoint Research, said: “The major factor was the return of migrant workers to their hometowns and villages, a lot of them stopped recharging their mobiles. Also, the lockdown had an impact on many low-income group families whose mobile usage dipped resulting in a decline in subscription. However, I think that things would improve from September onwards as things get back to normal.” 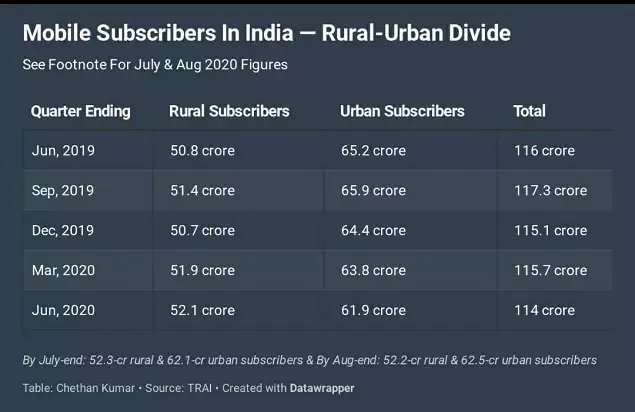 Separata data for the next two months show that in July the number of subscribers marginally increased to 114.4 crore (1,144.18 million) in July and further jumped to 114.7 crore (1,147.92 million) in August. However, the number is still not comparable with pre-April levels.

Reliance Jio was the only operator to add more subscribers in the June quarter, but its net addition wasn’t enough to offset the subscribers lost by other big players. Airtel, Vodafone and BSNL together reported a reduction of more than 2.6 crore subscribers — MTNL also saw a decline — while Jio added one crore new subscribers.

When the pocket is empty as there is no earning due to lockdown restrictions it is but natural that crores of Mobile subscribers will decrease.

May be Voice communication is Less but Data consumption must have increased as people are working from home as Well as Students doing remote learning activities :O

Many have renewed it by now.

In practical terms, it was those who had two or three numbers with them surrendered the extra one. In many case where persons had many numbers actually returned to retain only one number. Otherwise, the number of persons having mobile phone never reduced but only the number who had more than one that is reduced. Of course, few lakhs of persons who could not afford did lose their numbers due to no income to pay for the bills.

Any plans from Jio to give away free recharge for 3 months to these 1.7 poor people??

When the story is written on 18th November, why figures are reported for Apr june aug sep only. Why not till date?

Another factor to this might be people went for stable Broadband wireline connection due to their increased net usage. Secondly, those who had multiple sims reduced it to 1 sim that provided stable connection to their house.

IPeople should only spend money in necessary item. Stop spending money on Luxury.live a simple life .

As the WHO said poverty and unemployment will rise globally