Is Russia a poor country? 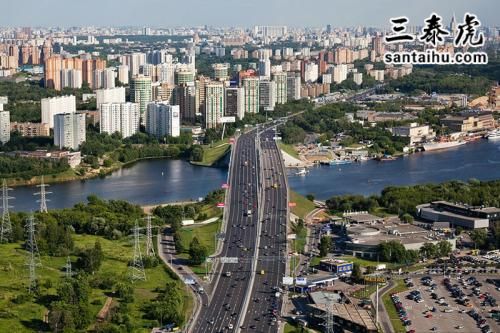 It’s definitely not poor, but Russia’s not that wealthy either.

If you want to buy food, clothes, toiletries, hygienic products, laundry detergent, dishwashing fluid or any basic everyday product you won’t have to spend a lot of money. These products are domestically produced therefore they are cheap. However if you want to buy things like foreign cars, phones, computers, laundry machines, or TV sets you will have to be ready to buy it at a fairly large price. Or you could opt to buy a Russian made product that is cheaper.

There are lots of monuments, buildings, and interesting architecture.

I remember one time I got sick and I was having a runny nose and having a cold in Moscow and I went to the drugstore and the medicine only cost a few hundred rubles or a few dollars and then after a few days of taking the medicine I started to feel better.

As an American living in Russia now almost 3 years. It depends on how you define rich and poor. The standard of living is somewhat lower than the Western World in general. Imagine some friend of yous who has a big house, a new car and lots of nice things, but if he lost his job the bank would take his house, his car and many of his nice things. You might have another friend who drives an older car and owns his smaller house and very little debt. They might even make about the same income.

The United States economy is based on fiat money. Every Federal Reserve Note is borrowed into existence and make up part of the national debt and the Federal Reserve charges interest for those FRNs. When you count the Federal Debt of about $20 Trillion, add in all the State and City debts, unfunded liabilities, then add in all the private, business, and corporate debt. Dont forget about the Derivatives Market that sunk the economy in 2008 with the housing bubble. Derivatives is still big business and some say it’s much bigger than in 2008. The total debt is over $600 Trillion.

Sub-prime auto loans is in the yellow zone and the Student loan bubble may be nearing the danger zone itself. The economy has been growing for nearly 7 years at a rate never more than 2.6% that with doubling the national debt spending $10 Trillion on the economy

Statistically another recession is right around the corner.

Almost double the reported rate if another 3 or 4 points gets added to the unemployment rate there will be a very serious situation in the U.S. and that will translate to Europe and China. However not to Russia because Russia does not sell very much to the U.S.

A distinction between economic measurements and more intrinsic things should be considered when answering this question. Russia’s economy is the same size as Australia’s in terms of GDP. There are 145 million people in Russia and 25 million in Australia - so by modern, post-industrial, de ratic standards Russia does not present as a ‘rich’ country. It is the principle reason that people should not concern themselves that Russia is going to attack other nations militarily. Blue water navies, nuclear powered cruise missiles and modern technology cost huge sums of money - ask the Americans. It hasn’t the economy to permit this, besides which, its people don’t want War.

The reason the Soviet Union went broke was the war in Afghanistan in the 1980s and being challenged militarily by the West in a way that the Soviets couldn’t manage. When Reagan and Thatcher started posturing and taking a very hard line the Soviet response was to increase military spending.

Reagan made it clear that for every dollar the Soviets spent, the Americans would spend ten. Then the ‘star wars’ nonsense reared its head. The Soviets believed the Americans had the capacity to produce a defence system in outer space that would shoot down missiles the moment they were launched. The Soviets knew they could not spend enough to match this and sought a form o0f peace. Soon after they fell-over. It was just too much debt and not enough of whatever allowed the re gie to carry on. As usual, the people suffered. But just as Russians thought their murdering,  Stalin was a hero, so they think Vlad is one too. (All Vlad does is ensure his personal enrichment).

What Russians want is recognition. They want to be seen as a super power - if not a great power. Vlad wants that too, which is why he makes statements in an attempt to frighten Westerners and draw attention to the ‘greatness’ of Russia. But Russia isn’t great. It pretends to be. Flash public buildings, grand railway stations and wonderful museums are all part of the illusion. I mean, they are grand by anybody’s standards, but this lavishness is not reflected in the way many people live. back in the day when all those missiles were being dragged around Red Square on those military parades - it was another example of smoke and mirrors. Half of them were made of cardboard - it was all bluff. And why? Because the Soviets were afraid of the west in the way we were of them. Consumer choice has improved since those times, but is limited by western standards. Crime is high - much like the United States - and well above the levels of western and northern Europe. Alcoholism is rife and life expectancy is short, especially among men.

But Russians are wonderful patriots and they will stick up for their nation, despite its problems. That is an admirable quality, but what is astounding is that they so love the man who is part of the problem! Russians reading this will say it is western indoctrination that causes people to think as I do, but the fact that a nation so rich in natural resources can rank relatively poorly against western democracies is a problem that cannot be wished away. Most Soviets haven’t the income to go travelling in western countries to see some obvious differences, and Americans, who do have the money simply don’t travel internationally, so there is little cross-pollination going on.

Russia does indeed have what it takes to be great. It has huge plains for farming and it has very large supplies of commodities, things like oil, coal, gas and various minerals. For this reason it ought to be quite wealthy and its people ought to be wealthy by international standards as well. The principle reason this isn’t happening is co ption. Africa is full of it, South America is full of it and Russia is full of it. Where ever a lack of de acy occurs in nations with rich natural resources one sees a pattern of co ption amongst leaders and bureaucrats. Africa and South America are very rich in resources but the average people do not see a ‘trickle down’ effect from that wealth. On the other hand, take a country like Norway with its oil reserves, not discovered until the late 1960s. Norway now has the highest standard of living in the world because of that oil. Low co ption, a strong constitutional monarchy and a social de ratic ideology existed before that wealth was discovered and so when the wealth came, the structures were in place to make sure average people got the benefits of that.

The reason Russia is not as wealthy as its resources might suggest is also a function of huge wealth inequality in Russia - a problem that also dogs America and its violent society. A very small number of people control most of the wealth. In fact, this disparity is even more pronounced in Russia than in America. In Europe, especially in the social de ratic nations, this disparity is somewhat less pronounced, giving rise to greater social cohesiveness, greater happiness, lower rates of mental illness, lower crime rates, lower imprisonment rates, lower rates of drug addiction compared to America and lower rates of alcoholism compared to Russia.

Russia is definitely not a poor country. The word “poor” in Russia is not even close to “poor” in India or in Pakistan, or in subsaharian Africa. That’s what poor means.

The more I read about economic social theories devoted to comparison of the economy of countries (and I’ve been doing that a lot recently), the more I am confused. On top of that I am more reluctant to take official statistics for granted. GDP per capita, average salary and consumer’s basket are not good enough in presenting the real truth.

But let’s start from the official statistics. From 1999 to 2014 before the political conflict with west started, Russia had had fascinating GDP growth, economical and social development, modernization of infrastructure and political system. Average salary reached some 600€ per month net which, compared to EU, had put it in the range with Czech Republic, Slovakia, Slovenia, Hungary, Croatia… This was not a bad result at all. Additionally to that, Russia had the lowest fuel price on the market. Particularly speaking about Moscow and St. Petersburg, two greatest and highly developed cities, economy and wealth in those were completely comparable to Western Europe, with average salary above 1000€.

In the last four years, Russian economy has stagnated due to sanctions and political crisis. GDP has dropped for several percent, while avg personal income of families has dropped even more, about 20%. In rural areas and in less developed towns, people work for 200–400 euros a month. Moscow is still much better place to live, but investments have slowed down.

What is poor? Its a matter of definition. Although a Westerner would consider a lot of Russians poor, they would never think of themselves as being that (because there are many more people, who get even less income).

There is a middle class, especially in the big cities, but its also suffering from the recent economic downturn and the low Rubel conversion rate, which is mostly based on the low oil price (the Russian economy being dependent on oil & gas exports) and has not as much to do with the sanctions as many people believe.

Especially on the countryside people are poor. They live with very low incomes, if they even have work. A lot of people live from what they grow in their gardens and collect in the woods.

A policeman makes around 200 USD / month. Doctors and Teachers not much more. A sales clerk in a Moscow supermarket gets around 300 USD / month. A 5 star hotel receptionist in Moscow gets around 550 to 700 USD. A ballerina not the Solist, they get more) gets around 300 to 1000 USD / month. Mid-management gets 2000 - 5000 USD / month, which is a lot already. And sure there are positions, where people earn more, but this should get you a general idea. On the countryside and in the Russian regions, the income is much less, unless one works on an oilfield above the Artic circle or in the deep Taiga.

Sure. There are the rich and super rich, but the majority of the people live on salaries below 1000 USD / month. Don’t get me started on the pensioners, of which most get very little and are depending on the support of the kids or need to continue to work.