My husband will soon start working for a Chinese company. He is concerned about social gaffes or offensive things he may say or do as a result of ignorance of Chinese culture. What are the most common mistakes made by foreigners? 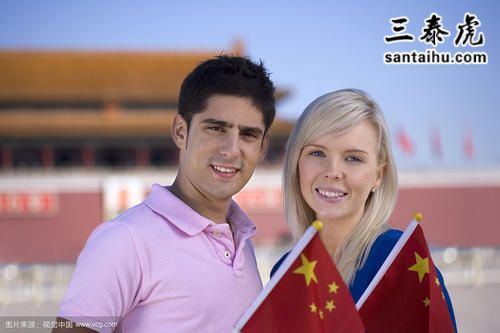 Overall the Chinese are very forgiving to foreigners. They have a social code to treat guests well and see all foreigners as guests in the country. Some locals get annoyed at that so don't push it.

Be understanding, depending where he works, he gets fooled into thinking it's the same as back home. To be fair a lot of things are similar but every now and then he will come across something that doesn't make sense. It's just stupid. Who would do something like that. At these moments he needs to take a breath, step back and realise that he's just had a China moment. The Chinese have their own culture and social norms, some things they just see differently and us as foreigners are seen as the weird ones. Just be understanding that some things are taken differently

Be respectful, in addition to the previous point, be respectful to the local culture. If you don't feel comfortable you don't have to join in but don't negatively judge them because they are different. They do try to be accommodating to us and our way of life so please be respectful of theirs

As for social gaffs.

The person who invites pays the bill. This is a social norm foreigners mess up. When they invite you normally they will treat you. The idea is that next time you treat them.

Bosses are important. There is a ‘face’ culture here, all about respect and appearance. Drinking and smoking are normal, especially during meals which are social and business events at the same time. They will probably try to see how much your husband can drink. (although for me, one time the group was worried I could not handle the Chinese wine but I did OK and they were impressed) if your husband smokes, offering a cigarette is polite. If he doesn't, they are becoming more used to people not smoking

One thing all Chinese have in common is the idea of love of country and that this is China, all of it together. They are sick of hearing it, even I'm sick of hearing about it. Leave it alone

My wife just reminded me, back to the understanding point. Don't worry too much about causing social gaffes. But try more not to get insulted. They are more open about talking about how you look. If your friends having seen you in a while they will mention how you have gotten fat/thin, it's more of a greeting and a way to talk about what's happened etc. Also skin color, currently they see lighter skin as more beautiful, a colleague went on holiday and came back with a tan, was very happy. Then her coworker gave her a gift…skin whitener… they were trying to help

Overall, the Chinese are great people and super nice. The average person may come off as rude but that's how they are to strangers. Once they see you as friends (which will be before you see them as friends) they are extremely nice and caring and treat you like family. Enjoy yourself

This isn’t really a social gaffe. But be very careful when using the modern Chinese sitting toilets. They tend not to be able to handle as much toilet paper as the Western model when cleaning up afterwards. I got in the habit of using three flushes. Doing this is not a big deal as the water is not drinkable anyway.

One mistake I made, was in misinterpreting conversation going on around me, about me. I often felt I was being made fun of. But if possible, check what is being said before responding, Even if you sense a rosy interpretation is being applied. Otherwise if unsure, just smile nonchntly.

Bring gifts for key attendees at social or other gatherings. Especially things from your home country. These can vary from powdered milk, manuka honey, wines, dark chocolates, to sheepskin duvet inners, spirits, or even some delicacy from your country. In my time it was easy bringing all sorts of produce into China. So once I even brought in frozen paua (abalone) that I had gathered myself. Bottles of wine (non-duty free) are limited to six for each adult passenger (check on this beforehand). I didn’t bother with bringing our indigenous jewellery to China, because they have their own. So I received gifts of jade, amber, water buffalo horn, as well as the Chinese bai jiu (white rice spirit alcohol).

Overall, it is difficult to offend Chinese if you just keep in mind that you are in their country. To me they seem to be very fair and bnced in their perspectives. They may like to compare their country’s achievements with your own. And they can be quite sharp of wit, at your expense. It is good to garner some social connections, while still exhibiting your business acumen. Because it is not in the mind of the average Chinese to gain some pecuniary advantage, but in business it is best to be as competitive as you can, as they will do.

Honestly, it’s a minefield here. Even after several years I still do things that people laugh at.

Basically, just being foreign is enough for many. They don’t mean it in malice. But even today, foreign people in China are still quite an abnormally.

Simply saying a friendly hello to people who say it to you in public can lead to guffaws of laughter from the other .

Using chopsticks is difficult for many foreign people here too. Much to the amusement of Chinese hosts at any one of the very many and also countless lunch or dinner invitations we get invited too. I’m glad I learned how to use them long before I came to China.

If he owns a green hat or cap of any kind, tell him not to bring it with him.

Also whenever bargaining prices on anything, avoid using the number 250 as it sounds like the word stupid when said aloud.

If anyone asks are you “SB”? Don’t say yes. It does not stand for “somebody” it means you are an “idiot”.

Best thing he can really do, is have a lot of patience, and an ability to take everything with a ch of salt.

The people of China are extremely friendly, and very welcoming of guests into their lives and homes all the time. Sure they laugh at us from time to time, but it is a taboo if we laugh at them in return for anything.

Regardless of all that though, I absolutely love living here. It’s truly one of (if not THE) most culturally rewarding experiences of my life and I would not change it for anything in the world.

I hope your husband enjoys himself here just as much as so many of us already do.

China is a Confucian society.

Thus, the boss is always .

Thus if the boss said, “Tomorrow, the new arrangement is ABDGF, and it rains it will be ABDGM. What do you think, foreign colleague 1.”

FC1: “Yes, I think that that is good, but what about ABDGN, just in case transport is difficult?”

In all my many years in China, never once at a meeting did a (local) colleague propose anything substantive.

Me, I answered each question to the best of my ability.

Try, if you and your family have time, to learn Chinese writing. For me, it is where art gallery meets ink meets paper or signboard in daily life.

Every character has meaning and usually a long history. Truly a visual, artistic, meaningful symbol/syllable.

English often internally compounds eg. highway, eggplant. But almost all fine eating words are French and all scientific words are Ancient Greek with a garnish of Latin.

In Chinese, tonsil is “flat peach part”. This new word is indelibly imprinted because when I was in China an adult daughter had a sudden and severe attack of tonsillitis.

I’m an Australian Asian living in Ho ng Kong. Plenty of good answers about what to do and what not do. Chinese don’t really expect non Chinese to do Chinese things, and many things will be laughed off.

One important consideration is team work and conflict resolution in the work place. Chinese people are very big on Face.

Western cultures tend to teach people to be be open to criticism and feedback. Chinese culture is very much the opposite. People will take offense to being corrected in front of their peers, and will be very embarrassed if called out. You won’t know they are offended, but they will keep it to themselves and get back at you later on when you aren’t expecting it.