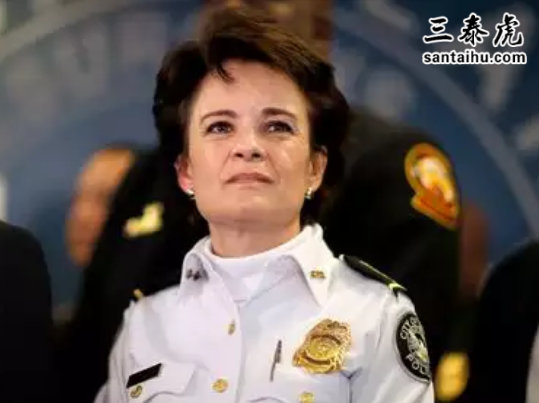 ATLANTA: Atlanta's police chief resigned Saturday hours after a black man was fatally shot by an officer in a struggle following a field sobriety test. Authorities said the sn man had grabbed an officer's Taser, but was running away when he was shot.

Police Chief Erika Shields stepped down as the killing of 27-year-old Rayshard Brooks sparked a new wave of prests in Atlanta after turbulent demonstrations that followed the death of George Floyd in Minnolis had simmered down.

Presters on Saturday night set fire to the Wendy's restaurant where Brooks was fatally shot the night before and blocked traffic on a nearby highway. 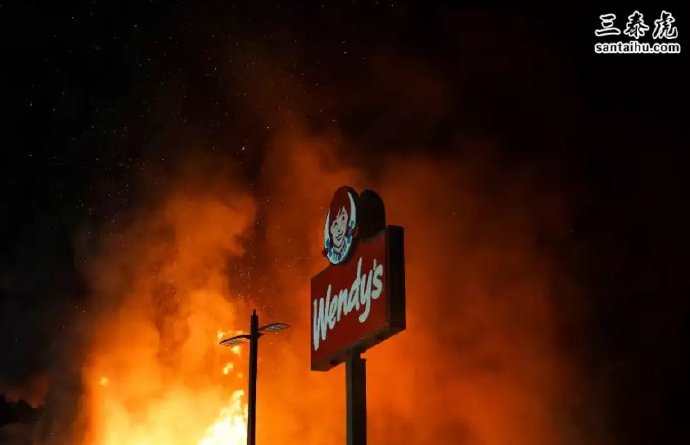 Atlanta Mayor Keisha Lance Bottoms announced the police chief's resignation at a Saturday afternoon news conference. The mayor also called for the immediate firing of the unidentified officer who opened fire at Brooks.

“I do not believe that this was a justified use of deadly force and have called for the immediate termination of the officer," Bottoms said.

She said it was Shields' own decision to step aside as police chief and that she would remain with the city in an undetermined role. Interim Corrections Chief Rodney Bryant would serve as interim police chief until a permanent replacement is found.

Chris Stewart, an attorney for Brooks' family, said the officer who shot him should be charged for “an unjustified use of deadly force, which equals murder.”

He said Brooks was a father of four and had celebrated a daughter's eighth birthday Friday before he was killed.

The sh ting came at a time of heightened tension over police brutality and calls for reforms across the U.S. following the May 25 death of Floyd in Minnolis. Atlanta was among U.S. cities where large crowds of presters took to the streets.

Demonstrators, including members of Brooks' family, gathered Saturday outside the restaurant where he was shot.

Brooks died after being taken to an Atlanta hospital. One of the officers was treated and released for unspecified injuries.

Watch the video...the black dude is a criminal who resisted arrest, ran away and then turned around and fired a taser at the cop who then shot him in self defense. Because Atlanta’s mayor is black, the cop is fired and chief had to resign.

With 90% of all incarcerated in jails across the US being blacks - most for murders and rapes, the latest in dent spells another round of fraud prests by fake 'black lives matter' presters. Most blacks in the US were murdered by other blacks. Black lives didn't seem to matter then!

Black Americans form only 13% of the US population but commit more than 50% of all murders in the country. Obviously not all black Americans are bad, but a significant amount commit crime. That is the reason why they get targeted by US police. Also George Floyd was a not an angel. He served several years in jail for armed robbery

The racist nosey Indian having a view on everything.

Blacks are prone to crime , rape and assault. They deserve everything of it.

Black people are running riot over all USA. They are mad because Trump is doing very well and they can't digest that. So they are te roring all Americans.

Blacks don't want to follow law, they want to sell drugs, involve in 50% crime cases, te rore and loot white people in the night. but when police take action they cry

FIX ur article. The black man had a history of violebce. He drove drunk. He granbed a tazer gun for the police and turned around and tries to attack the police. And the lame media cms the giy was shot due to racism ? The more this hysteria build up the MORE this helps Trump win BIG !

Ok it was the police that shot the guy. Why burn down a fast food joint, Wendy's?

Prests, arson, looting seems the new way of resolving issues! Why cannot the so called civilised society allow the legal sy em to prevail? Police brutality is not acceptable, but then is setting the restaurant on fire is acceptable?

Media is deciding who is and who is wrong ignoring judicial sy em of USA. Look at the hate propagated by CNN day in day out

Arrest is to arrest not to shoot...

George Floyd was in jail for 10 years with history of drugs and assault. quite a role model for blacks

Does these charges means that the person should be killed...In India even more henious acts does not result in dying...just jail time and in many case people get bail

He did wrong and that too with female officer .... he was punished well...

In USA in any case Blacks r known for drug, robbery, murders and what not.

Most of the black are uneducated and into drugs and even dealing. They get guns from illegal sources and the use them on police whrn they can. Has anyone botheted to find how many policemen were killec by black people? Police are threatened mostly by blacks!

Thousands died in India due to covid 19 mismanagement by state and central go nment and ministers. Any minister, offi al, top administrative fellow or his associates even not ready for an apology?. Resignation is very far from imagination in India, US police offi al's act must follow in India .

Police sh ting the Negros were there since 1960s...

No one wants theBlacks to suffer but they too have to be law abiding.

Trump is so keen to arbitrate peace between India Pak and . Why does he not manage his own affairs little better.