A horrified landlord has visited a tenant's apartment to find it littered with 600 empty beer bottles, thousands of cigarette butts and a frying pan in the toilet.

Yang Shi, from Liyang in China's eastern province of Jiangsu, visited the property to collect four months of unpaid rent on May 14.

When he found no one was home he used the spare key to get inside and found trash piled up in every room of the house.

The 20-year-old tenant had lost his job during the coronavirus pandemic but was allowed to stay on the condition the rent was paid back later.

But when Mr Yang went to collect the rent he found the home filled with trash and the walls stained by an unknown substance.

Strangely, he also found kitchen items, such as a frying pan, chopping board, and a meat cleaver in the toilet area while clothes were found on the man's bed. 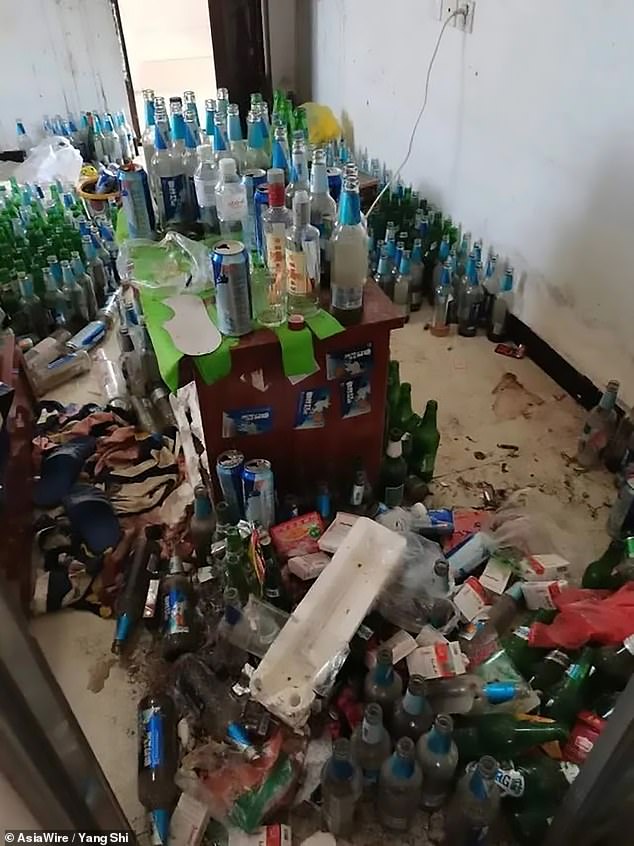 Mr Yang shared a video of the disgusting home which has led to the 20-year-old being dubbed China's 'worst-ever tenant' on social media.

Mr Yang said after his repeated calls went unanswered he went to the home and found it trashed with 3,000 RMB ($650 Aud) in rent still unpaid.

'I gave him a rent holiday of two months, but he asked for more time when I returned in March, promising to pay me in May,' he said.

'I've been a landlord for many years. This is the first time I've come across a tenant like this.'

I feel bad for saying this, but I just don't care about China anymore. Is that wrong?

Yeah he had money for ciggies and booze but not for rent. Lowlife

Cash the bottles in and get some part rent back

Or smash them over your head

If the land lord has truly forgiven the tenant why release the photos?

But $60 worth of recycling.. and heaps of dumpers to roll some smokes.

That's so gross he needs to be found and pumped out. I thought a bottle of fine wine per night was bad to consume in lockdown.

Some people just don't deserve any sympathy. Feel bad for the landlord and I am sure it will take a while to restore his/her faith in humanity.

At least put the durrie butts in the bottles ya grub...

I would suggest the tenant is dead.

Why do we need to know the owner is "Chinese"? Considering the times we live in, we're sick of hearing about China and their buying up of Australia.

Puzzled by the pics