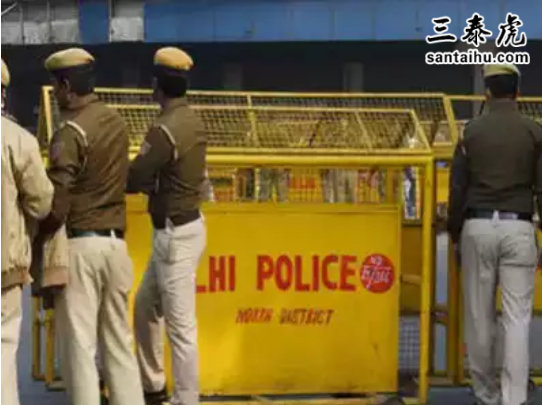 NEW DELHI: A 30-year-old woman allegedly teamed up with her lover to strangle her husband, and tried to pass off the murder as a Covid-19 death, in northwest Delhi’s Ashok Vihar. Alerted by locals, police stopped the cremation and got an autopsy conducted on the body, which revealed that the man had been smothered to death.

Police said the victim, Sharat Dass, 46, ran a small shop in the Ashok Vihar area. On May 2, Dass’s wife Anita told her neighbours that she had woken up in the morning to find her husband lying motionless, and that she suspected he had died of the coronavir s infection.

The locals informed the cops about the suspected Covid-19 death in their locality.

A Delhi Police team reached the location and asked Anita for details. The woman could not give a proper response. The neighbours told the cops that Dass was in good health and had not appeared to be sick, as cmed by his wife.

“When we asked her for documents, particularly the Covid-19 test results of her husband. There were no documents to establish the illness and her answers were non-satisfactory. The body of deceased was preserved in BJRM mortuary for postmortem, which was done on May 4. Doctor said the cause of death as ‘asphya due to ante mortem smothering’. Subsequently, a case of murder under section 302 of IPC was registered and an investigation taken up.” said Vijayanta Arya, DCP, North-West.

Anita was called for questioning and examined at length. She broke down and told the police that she was in love with another man and to get rid of her husband, she had killed him.

Since Sharat was aware about her relationship with another man, the couple would have regular fights, police said. Anita also told them that her husband did not treat her properly.

She said, on the night of May 1, after Dass had fallen asleep, she called up her lover, Sanjay, and asked him to come to the house. The duo then smothered Dass to death with a blanket, she said. The next morning, she decided to cremate the body and told the neighbours he might have died due to coronavir s.

.... women are taking men for ride , thanks to our new found feminism !

Kind of agree to it.. But most of the cases it's the man who is actually doing wrong..

extra marital relationship is not always due to bad treatment by her husband, sometime it is a desease/ habit. In case of no tolerance ag inst bad behaviour of husband, easily get divorsed.

Such a stupidity..she should have taken divorce if she didn't want to live with her husband..Now will spend life in jail..

When one is free to walk off legally from a marriage, why this senseless crime putting 3 lives in danger(including one killed). In this modern living, its accepted that you either live together or seperate.

How are you sure about it being a second hand vehicle, it can be third or fourth or fifth,you never know.

What a novel way to pass off the murder as natural death! How did the woman think anybody could die of Corona vir s without first being infected by any other sufferer? Her reckless act has ruined two lives.

Illicit relation just for sake of lust, this woman committed this crime. Thanks to alertness of her neighbours she was finally landed in jail.

Divorces should be made much easier than marriages so that couples entangled in a row can easily part such toc relationships. This was a planned cold-blooded homicide so the woman and her partner should be imprisoned for life without parole.

Murder means she get full control of her husband's hard earned money.

In case of divorce not so much.

Getting more common by the day such regretful in dents

Now both Livers will spend their remaining life in Tihar Jail.

A social research done by a university in USA has shown that during this period of lockdown, married couples are increasingly growing intolerant of each other. Thankfully I am still single

She could have divorced him.

Because murder was the only way to get full control of the husband's wealth.

Lockdown is to blame , they could not meet due to it, emotions for uncontrollable, mind got overpowered by lust and then this happened.

Being a divorcee is much better than being a murderer. Wrong choice women!

The bottom line is "The Husband can't able to satisfy her in bed " she was 30yrs age and her deceased husband was 46...almost 16yrs gap??? She was innocent and wanted a young gun to satisfy her well

Had her husband treated her there won't be any case of extra marital relationship. Men need to ensure that they treat theri women because always remember she might become someone else's queen

Process of Divorce should be easy and quick so that people are not forced to commit crime.