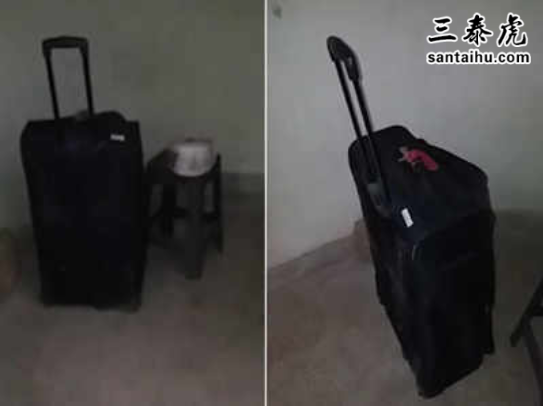 MANGALURU: With Covid-19 lockdown in force and his apartment complex banning the entry of outsiders, a 17-year-old boy smuggled a male friend of his allegedly in a large suitcase in the early hours of Sunday in Mangaluru.

According to police, the PU student wanted to catch up with his classmate, and his repeated appeals for allowing his friend into the building were turned down by the apartment association. However, representatives of the association denied receiving a request from the boy.

Sources told TOI the boy stepped out of the apartment on a scoer with a huge suitcase around 2am, Sunday. He picked up his friend, who lives in a neighbouring locality, and brought him to the apartment complex. He parked the scoer outside the building and got his friend to sit inside the suitcase and dragged it into the complex.

Guards noticed something was fishy

Police said security guards noticed something unusual - a boy lugging a suitcase in the dead of the night minutes after going out on a scoer - and alerted the apartment association after daybreak. Around 8.30am, the boy and his friend stepped out for a stroll. After spotting the duo in the common area, the guards informed the association presi nt.

The boy reportedly admitted to smuggling in the boy between 2am and 3am. This was corroborated by CCTV footage that was examined later in the day.

The building owners' association approached the police with a compnt. The parents of the boys, who were called to the police station, were shocked to learn about the in dent.

City police commissioner PS Harsha said a case has been registered at Mangaluru East police station and both the boys will be produced before the Juvenile Justice Board. Sources said the boy was alone in the house on Saturday night.

This needs to be reported as people should know that even what they think is a silly  can land you in trouble. I

Most sensational news of national intrest so far!! more information is needed on the games children play.

Making a mountain our of a mole.what was necessity of police compliant, just association fellows would have called the boys parents and warned him.

Since people are staying indoors due to Covid19, they are slowly becoming insane. This is one instance of such insanity.

Is this a case for compnt?

this is funny! The police has registered a case ag inst the boys for not following the association instruction. Ridiculous. And moreover they didn't break any law. They should be warned and let go.

What was the emergency here? Why he missed his friend so much? Or is it only the thrill of breaking rules?

some people have to work ...

Why he wanted his friend so desparately? wee they gays? How he managed to get that 'suitcase

Juvenile Adventure. Young blood must have got enormous thrill & satisfaction in beating the sy em

what will be the charge before JJ board..kidnap?

very true. Media should not be reporting this in first place

what is the point of taking such steps

This is not even case, the boys should be just warned and let off. As if we make rules to punish people

Is humanity lost? People are lonely in this difficult time.

Send the entire family to the gas chamber

Saudi Arabia would have beheaded these two boys.

Parents of the boys should be called and warned. The children are juvenile they should be warned and let off.

Sick, Ahs, kids should have been warned and let go.

Act of Juvenile must be amended .

i won't wanna live in a society where such small things goes to police, he's a kid for God's sake. such stupid immature adults going to police n whats with the police registering such compnts? they dont have anything else to do ?

This is absolutely strange stuff.

How his parents were absent from home during lock down! Also how his friend managed to defy his family and came in a suitcase while no one could noticed the Duo !!

Why the hell do thy want to stay at one place when they have cell phone to be in touch. There's a point if he has smuggled a girl. But a boy...