If Indians and India were so great in ancient times and were making unbelievable discoveries, what went wrong that it's not the same in the 21st century? 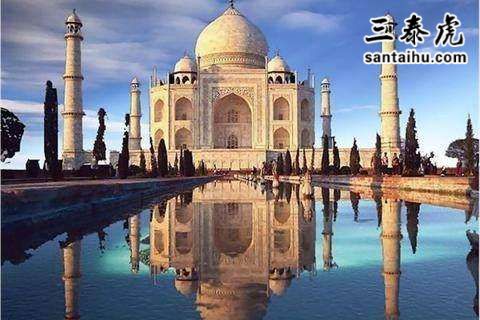 Yes, in Vedic times India was the center of education for the world. We had established and sought after universities like Nnda and Takshashila, where people from all over the world would come to learn at. At that time, India was reach in intellect, many Indians (rishi-muni) spent their time on discovering and discussing about various aspects of life and universe. Educated people were given utmost respect; even the kings treated learned sages and their disciples specially. This is known as the Golden Age of India (during the Gupta Empire).

After the fall of the Gupta empire, invaders from mid Asia started attacking Indian subcontinent. Although the Indian kings fought back, yet their temples and ashrams were dest yed (which were the invaders' main target) and the knowledge and culture of education were lost along with them.

Then came the Mughals who started acquiring as much part of India as they could for them main aim was to conquer and rule as much land as they could. They couldn't care less about the Indian culture. More temples were dest yed, Hindus were converted into Is m forcefully. Mughals believed in power and did everything to remain in power. Though Akbar tried to conserve Indian culture, the essence was lost.

Then came the British. They introduced Indians to the outside world, brought lots of developments like roads and trains. Under the British rule Indians started learning new technologies and became aware of new developments that had been happening elsewhere in the world. Many Indians started educating themselves and their families. A few went abroad to learn.

Years after achieving independence, we are still attracted to western culture; hence many students, after graduation, try to get jobs abroad.

Indians are still intelligent. We are still making lots of new discoveries and advancements in technology (the latest Mars Mission serves as a live example). What we lack is the use of Indian intellect for India. As many of our students are attracted towards western culture and the smooth life that western countries offer, our intellect isn't being used for the development of India. Whatever inventions/discoveries we make are not hel India as much as they would if they happened in India.

Though NRIs contribute a lot to India's GDP, its not only money that India needs but also their intellect. If all Indians contributed their intellect towards develo India, there could still be another Golden age for India.

Consider all the things that have happened to India so far.

Start with the prediction that e l will rule in Kalki.

Follow it up with a sustained attack of over 2000 years. The incredulous fact of this planet is - India as a country is the only place on this planet which retains continuity of its traditions for thousands of years. Europe was overcome by Chr tianity and the Middle East by Mohammedan re gion.

These re gions have spent over 2 millennia trying to change it’s nature. But India still stands. Broken, hurt, struggling sometimes. But it still stands strong.

Look at various sections of development. Indians are still doing many things inspite of 1600 years of constant Is mic aggression and 300 years of British overlording.

Look at the various incorrect allegations of Dalit etc which the foreigners are trying to use to divide India. Everytime someone talks of Dalit atrocity, ask them when it happened. Because the so called upper class themselves fighting foreign rulers atrocities. Still India is fine.

If this is not proof of resilience and capabilities, then there cannot be any other.

Yes in ancient times India was like US rich, best opportunities for education , businesses, anything, the entire world came to India for studies and they wanted to do business with India just like US today, since India had the best scholars and lots of resources, it made remarkable progress in all fields of science

However we fail to understand that just like US of today India was also the biggest military power in ancient times, Indian steel was of the highest quality in ancient times and Indian metallurgy was world famous, to compliment this India was a self sufficient land prected by Himyas, (also like US which is prected by oceans )

But like any great thing , be it any company (nokia) or civilization we need to evolve with time , as India did not Change with times , India became vulnerable to outside attacks and fell to foreign rule , and economic and social development comes after security....

In ancient times, Indians were more talented as their keen focus was on their work. Exquisite workmanship and devotion were unfazed by external distractions (as there were were hardly any). This was the reason behind eminent contribution to society in various fields and led to abundant discoveries and inventions.

By the begng of this century, a myriad of resources were introduced which though indicate the expansion of technology and world wide connectivity, also did harm to a great sector of society which misinterpreted the modernization with westernization. For instance, a many people started exploring internet in heedless pursuits of pleasure and entertainment rather than using it for more productive purposes like research and innovation.

Social media became popular among youngsters for posting their pictures and as chit-chat zones. They started wasting their time in these frivolous activities and underestimated the significance of utilizing the same time in develo essential skills that would help them in contributing to various technical and non-technical areas.

The gist of the context is that Indians must retain their intellectual status by properly utilizing the available resources for better reasons than just entertaining themselves. They should  rivet their souls and energies for the cardinal purpose of strengthening their adeptness and bringing to epicenter what is consequential.

well in ancient times we had our indigenous methods of teaching,we were champ in math,science(astronomy),but the gradual influence of mughals ruined our society.The luxurious kings of mughals did pay a little attention giving patronage to the field of science,education.And gradually superstition,ill beliefs came to our society.and it reached to its Nadir during british.English education helped us to liberate but it came with a price. We lost all our glorious past.Forever we became a follower of a align culture.The present generation has the scope,look at the indian diaspora getting excellent recognition every were ,but not in india.We are handicapped with limited opportunities,bottle neck policies.We have crores of money to spent on elephants,but nothing for research.so making something brilliant we need a conducive atmosphere,and sorry to say we are light years away from it

Then came Britishers who loed India since recently.

people now are just fond of employment tat makes their life settled in way to lead a sucessful life in the society...but they are not taking chances to explore the science and development tat can be done..tat is only done when every citizen has security to basic needs and strong place in the society..actually it depends on the go nment to take care of basic needs and educate people about necessity of development of reasearch skills...atleast now u can educate ur children and make them think every small things in their life in a great angle (how,why,or else)..that may make india reach same hieghts where our ancient intellectualls left...so its our turn to change

Indian kings narrow mindedness, feeling of supremacy, not thinking about adopting new technology, a society which did not adapt with time, and the internal fights, rather than working together to grow India as a whole.

British had a huge role in screwing India but then we gave them all the opportunities to do that.

We missed that train called the Industrial Revo tion.