When you visit China and meet Chinese people, travel the country, and see with your own eyes, only then one may be able to answer this question.

China and Chinese have an extremely long history, most likely one of the oldest continuous civilization. Their invention from a hand grenade, printing press, to the compass is well documented, their matchless fine arts, calligraphy, silk industry, cultured pearls, and jade jewelry are the pride of the world. You could ask and answer millions of question/s on Chinese food, and now Chinese food is becoming world food all around the globe.

Through these pictures, I will lay down the length and breadth of Chinese achievements in the ancient to modern times.

These are school children seem to be very healthy, disciplined and well behaved on school trip near Turtle Head Lake, my wife and I were very impressed with these school kids, they were very polite, and waved at us repeatedly with genuine respect with affectionate gestures. Sue, due to motherly love could help but yell, Sam takes pictures, I loved to take a picture, due to their ultimate show of respect and gestures towards us 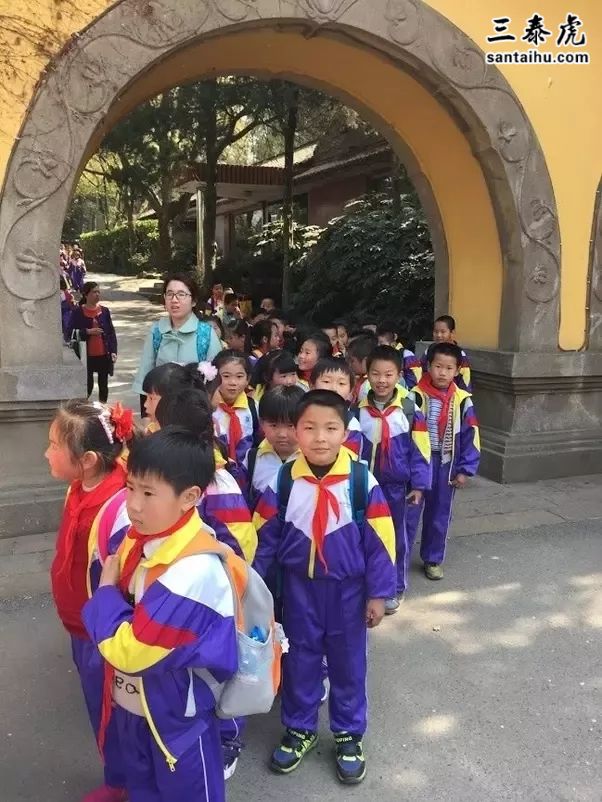 This building to the best of my knowledge is in the Shanghai area, and I took this picture from a moving bus. My wife Sue and I were stunned solid, to see the beauty and architecture marvel of the 21 the century. 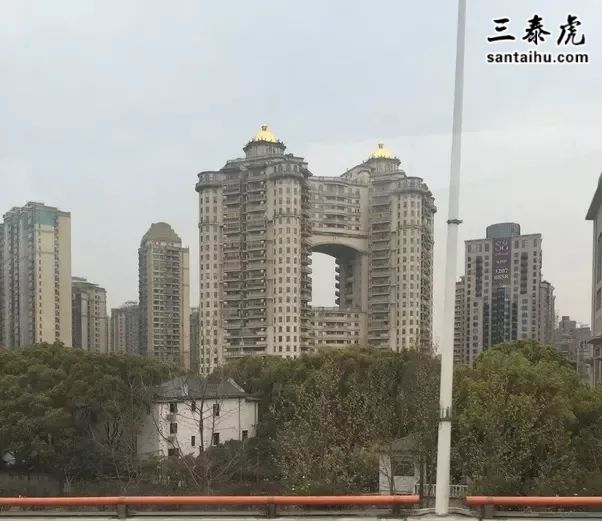 This Pagoda is visible at the end of Lake Hangzhou, on a mountain, it is merely a Heavenly scene.

There are magnificent buildings in Shanghai, and some are totally out of this world with world level architect. This is a random snapshot of some of the stunning structures near downtown Shanghai, (This are approximate locations). In my next trip which we are going in November will make more notes. For me, Chinese culture, history, achievements, food, reverence for Lord Buddha, humbleness, are achievements for the entire humanity. It is a lesson for me, how much can be achieved by pure hard work, in spite of all the hostility, negativity, I for one salute Chinese and China, for teaching me what can be performed at the personal level also. My tribute to China and Chinese, my grandkids will be going to China and learning Mandarin to start with then we go from there. 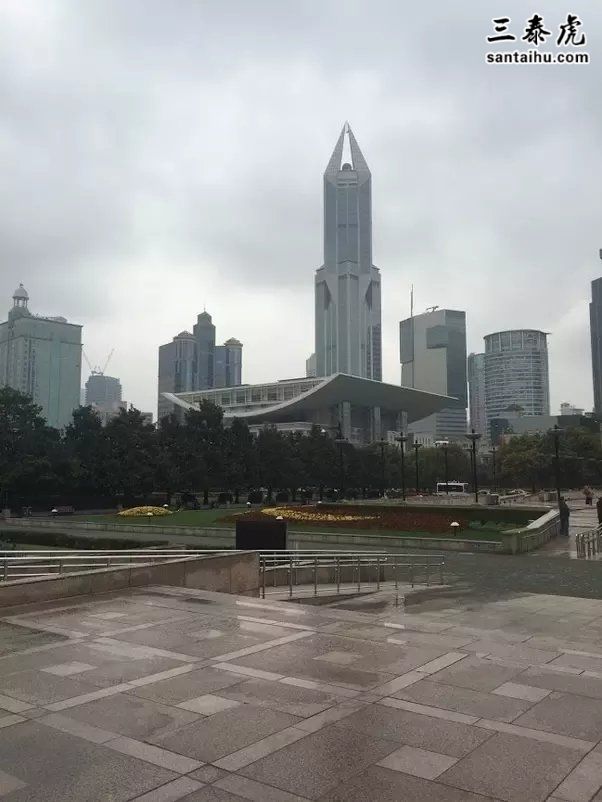 I think it’s a very good point to bring up that many people are utterly clueless about China. At least in America, Chinese history and culture is something that is more often than not neglected or completely skipped over. China has such a rich history having been around thousands of years it goes back as far as the days of ancient Egypt, Babylon, and India. It is one of the oldest civilizations on the planet. And yet, you log into quora and see questions such as does China have electricity? Does China have cars? Why are Chinese people so uncivilized? Does China have highways? Seeing questions like these is utterly comical because if the person isn’t writing these questions to cause a stir but actually doesn’t know the answer then their school system and family have done them a great disservice. Companies like Apple use China as one of their hubs for their production and if you look at your iPhone it was probably made in China. It is extremely ignorant to think a country that is the fastest growing and developing country in the world would be doing so without electricity or vehicles. As much as I know that those people are just trying to be politically incorrect to get a rise out of people it definitely brought to my attention that people don’t know very much about China. For a country that has such a history it hasn’t opened its doors until pretty recent history and for that reason much about China is lost on people. For those who have been shown their lack in knowledge about China there is usually a desire for learning more. I personally realized in history class that I didn’t know nearly as much as I thought I did about Chinese history and until you gain an appreciation for that it’s hard to fully understand why the way things are the way they are there today. In order to get a full appreciation of China I think you have to go there yourself and spend some time there and try as hard as you can to delve into the culture and absorb everything you can. It’s easy to speculate but if nothing compares to first-hand experience. I think the curiosity that surrounds China is also due in part to the fact that China appears on the news so often. Debates about the standings and relationship between China and America are always all over the news and for that reason people hear of it on nearly a daily basis. It’s natural under that kind of repetitive conditioning to think about it and want to know more.

Eric Go, Lived and worked in China for 5 years

Quora, believe it or not, is quite famous in China. For example, I first heard about Quora from my Chinese friend!

There is a major Chinese website called Zhihu, a copycat of Quora. Because it was (apparently) less ce-red, it grew increasingly popular among Chinese middle class. People there know that Zhihu mimics Quora, so Quora gets its fame as well.

Also, many Chinese people, when arguing about things at Chinese websites, may throw an English version question on Quora (many of these questions are, of course, related to China or Chinese), to steal/learn opinions from a different perspective. In China, if an ID looks intelligent and can attract followers, there may be substantial financial benefits. A quite big market is currently running based on this model.

To summarize, first, China is a big country and there are a lot of Chinese. Second, Quora is famous in China. Third, there are a considerable number of Chinese purposely asking questions here to promote their positions at Chinese websites.

Besides all these, China and Chinese are interesting topics and many like to ask about them.

I noticed about a year ago there were a large number of questions being asked about China with few answers from Chinese people. While since then the number of Sina-related questions has grown, the number of Chinese users has grown much, much more.

In other words, many people on Quora have a general interest in China, but the powerbase of answers came from Western users. Within the last year, more Chinese have been answering questions, but I don't think they are yet asking questions in large numbers. This may be because of the language barrier although many Chinese aren't afraid to write answers, regardless of grammar or punctuation mistakes. I've tried zhihu and frankly it's intimidating until my Chinese improves.

Quora is like pretty much any other social media: it has an algorithm that gives you tailored information based on your personal preferences and how you interact with other users on the platform. Therefore, you might have personally interacted with a Chinese-related topic or with people that have interests in Chinese-related topics. This might explain a personal “burst” of those topics on your newsfeed.

However, Chinese-related topics are also, objectively, very popular and widespread on this platform. First of all, the Chinese user base is rather big and active. Therefore, they post a lot of content related to their own lives and environment.

Furthermore, I would also mention that 50% of the Quora membership comes from India and related countries. While this might be counter-intuitive at first sight, Indians, Bengladeshi and Pakistanis have a lot of interest and concerns towards China. Consequently, some specific topics such as “Doing business in China”, “Studying in China”, “Getting a working visa in China” might get boosted by that community of users.

It's the world’s most populous country and most powerful economy to-be, yet very few people outside China possess any substantial knowledge about what Chinese culture is all about, what Chinese people think and dream of, what social problems they are facing these years, how it's like to live in a co unist country with capitalist characteristics, etc. Seeing that a growing number of Chinese people are active on Quora it's a great source for getting interesting opinions and information

The same is true for other countries as well.

It is pretty obvious

(1) China has about 20% of world's population. It is the second largest economy. It has hundreds of distinct cultures

(2) There is hardly any information about China in mainstream media.

As if there is nothing else happening in China.

Quora could be one alternative way to get the information.

Reason why China is popular in Quora:

1.China is a next superpower.

2.Chinese history is the oldest surviving history of more than 4000 years with archaeological evidence.

4.China is the leading country in manufacturing company, industries.

7.Chinese army is one of most feared biggest army next to US & Russia.

8.Top billionaires are from China.

9.China is considered to surpass USA in near future