Since more and more Chinese villages are deserted and peasants are becoming city residents, will Chinese traditional culture disappear? 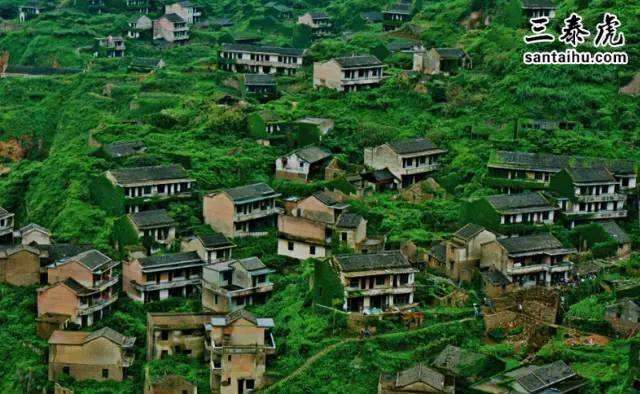 In the US, many people young and old live in the country in small towns and are very proud of that fact.  You could offer them a wall street penthouse and they wouldn't take it.

In China, I got the feeling that there was less of this sentiment right now, and people were overly attracted to the promise of the booming cities.  Even in the countryside, I saw several tiny agricultural villages with a big new apartment building being built right next door to old brick courtyards, in what seemed like an out of place attempt to imitate the city.

When this gold rush to the big cities has died off a bit, I think that some people will be attracted to a more traditional lifestyle over continuing the metropolitan rat race.  Yes culture is always changing, but I think that from here, there can only be more people interested in living China's traditional rural lifestyle, not less.

As a disclaimer, these are the impressions of an American that worked in Beijing briefly and made the occasional excursion into the countryside, which is barely enough experience to make a guess at a big question like this.  I'd love to hear the opinion of anyone else with exposure to this kind of shift in China or elsewhere

Any culture changes as the environment changes and as the people in the culture migrate. In China there have been go nments that have required their citizens to change their cultural ways (rapidly; not evolutionarily).

Similarly in the U.S., Native Americans were forced to change many of their cultural traditions and are now working hard to restore them. This has meant finding artifacts that help them learn their native language, a language they were forbidden to speak for 3-4 generations. They are also relearning their cultural foods, dress, and dances. But few Native Americans would deny that their traditional culture has nearly "disappeared"-- as they are stuck on barren reservations with extremely high unemployment and limited ability to carry out their traditional ways of food gathering and, in some cases, migrating. They have cell phones, high-def television, and WiFi.

What rural Chinese cultures (there have to be many, given the size of the country!) almost surely cannot retain all the traditional ways, they have the advantage of being able to write down the revered elements of their culture and their "ways" of living. This would do a lot to keep those cultures from disappearing soon. And some young people will want to return to a rural, traditional Chinese culture. The key will be weather than can bring a kind of work that makes an adequate income without spoiling the rural cultural region.

I doubt it will disappear, but it will change. Look at the nomads in Mongolia--the famous horseback riders. Or indigenous people in South America. The only constant is change-said by somebody whose name I don't remember.

Maybe. A lot of traditional cultures are waning across the globe as it becomes more homogenised. And cities are melting pots of cultures, ethnicities where some aspects of some culture thrive, some others disappear. It may make some people happy, some people sad.

But I hardly see that as a cause of serious concern

Old traditions gradually fade away. New traditions grow day by day. Nothing need to be worried about. Traditions are always changing from time to time.

Certain local and regional cultures (customs, dialects, cuisines, dress, etc.) will probably die out eventually, although some features may persist in the general culture. As the population concentrates in cities, the culture will become more and more homogeneous.  However I think there will always be remote or isolated places where the old traditions will survive, as long as enough people continue to live there

Mark Doldon, I came, I saw, I told you

People change, society changes, culture changes.  It is frankly preposterous to think that it would ever be static.  Or that anyone would even WANT it to remain static

I agree in the past we lost a lot Chinese traditional culture. But now quite a lot people working on it to help the situation.

Firstly, it is true some cultures are disappearing as the living way changed. Now with all society seeking high efficiency, quite a lot traditional houses and activities were abandoned. In Zhejiang province, a lot people make a great banquet to sacrifice their ancestors. This usually content 9 dishes, include beansprouts, fish and a lot other dim sums. Because its complexity, more and more people stop doing that.

But on the contrary, less affluent area in China, like Guizhou Province, culture still well kept ,especially now most of these areas use their unique culture to attract tourists.

There was an interesting story, in a small tribe in northwest, people make a kind of special cloth with fish-skin，a father trying to pass the this technique to his son, but his son refused, for he think that will not make living. But when more people trying to buy this handcraft with great price, the son begged his father teach him as soon as possible.

The go nment do a lot jobs to tackle the problem by adding more traditional festivals into official holidays and recently they even did some promotions this year(2018) to help the recovery of traditional clothes-Hanfu.

In conclusion, Chinese cultures disappear a lot in the past. But with now both go nment and people realize this problem, it may see a revival.

Here's an example. Now more and more Chinese people move to the states, but they probably only choose to live in the communities where most Chinese are living. They don't speak English; they don't eat western food; they don't let they kids date the white or black; they prefer Chinese New Year than Christmas. The fact is most Chinese people specially the older ones willl not change  their life styles and moral standards that they already get used to even they are in another country. So traditions can be saved in this way

Did traditional European culture disappear because more and more peasants became workers in the course of industrialization? You could expect similar things to happen in China.

And saying these villages are the epicenter of Chinese culture is a bit far-fetched. I'm pretty sure most are happy with the comforts of apartment buildings and prefer it over the old brick houses. (I mean, you see it in the video, if you were to choose, which one would you prefer?) It's just the docu wouldn't put emphasis on that, or else the message they plan to convey would be diluted.

The villages don't disappear. There will be more and more modernized villages, having water, electricity and Internet connection, but with some distinct Chinese characteristics in architecture.

The problem is not that villages are changing. It's that villagers not always get enough compensation and economic benefits in the course of change.

Can not say it disappears, but in reality we are changing.

-1-  During our traditional new year, in the past people visit the neighbors and relatives obligedly, nowadays in urban area people do not pay much time visiting neighbors (we don't know at all who our neighbors are) or relatives, of course we value the festival greatly but more people prefer to stay by the small family themselves.

-2- Big family and small family. In the past people have a lot of relatives, because parents gave birth to several children and the relationship are complex because our traditional culture emphasized so much on the order of "father and son, old and young". Now big families still exists, but in cities, there are more and more small families just comprising parents and one or two kids, the relationship with relatives becomes less complex.

I still remember when I was young I was always blamed by my parents for I failed to remember the righteous title respecting to the elders. For example, my grandfather had several brothers and sisters, each of them have a different status in the family and we must call their right title (not exactly title but something like "uncle" but in chinese tradition there were so many different vocabulary for guys like that).

However now my son need not to concern all this stuff, he just need to know there are uncle (my brother), aunti (my sister), grandfather and grandmother, his two cousins, that's all.

There is a lot of things about Chinese tradition are relating to family order, now that our families become smaller, certainly the tradition face challenges.

-3- Regarding the family order, I would share with you guys a story back to three decades ago, the story of my uncle. My father have three younger brothers and three younger sisters, the hero of this story was the youngest one of them. In the old days, the young people must show respect to the old people in every aspect of daily life, for example during dinner. The youngest one was obliged to refill the elders' bowl with steamed rice (our tradition staple food). So imagine that every evening my grandparents, my mother and father and his brothers and sisters, totally ten people having dinner, my youngest uncle was busy with refilling everyone else's bowl, he did not even have enough time to have a taste on his own, and one day he burst into tears and cried why everyone of you eat so fast that I could not sit down at all! You guess what is others' reaction? They blamed him for being disobeying.

As a result, when my grandparents died, the uncle abovementioned, did not shed a single drop of tear.

-4- In the tradition chinese culture context, children should be thankful to parents' raising unconditionally and must take care of their parents even if the parents were assholes. Now at least for those educated people such a thought looks absurd.