Mumbai: Dad rapes girl by blackmailing her over sex video with a boy 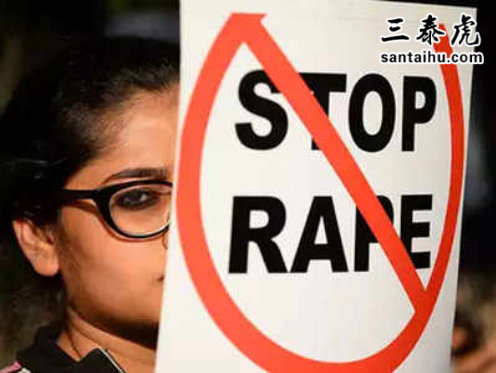 MUMBAI: A 40-year-old man, employed with a private company, has been booked by city police for ra his 17-year-old daughter by blackmailing her with a video of her having sex with her 17-year-old boyfriend. The father absconded after the Prection of Children from Sexual Offences (Pocso) Act Court rejected his plea for anticipatory bail.

The boyfriend, too, has been booked for rape but his plea for anticipatory bail was allowed by the court after his advocate, Vaibhav Jagtap, submitted that the crux of the allegations were ag inst the survivor’s father and that his name was added only later in the FIR.

The matter came to light after the girl's mother found several of her nude videos in her phone’s gallery in November.

In her statement to the police, the survivor said she was in a relationship with a collegemate. She said on July 15, 2019, the boy came home to seek her help for a college project. The girl said her parents were home. She said after they were done with the project, the boy ordered food for everyone. Since she was unwell, she decided to eat later. The girl said when she sat down to eat, she realised the food was over. The girl said she was angry and went to her room. Her friend came in to pacify her. She said after she had calmed down, the boy began to get intimate with her. She said despite her resistance, the boy sexually assaulted her.

The mother said she first saw the videos of her daughter in her phone in November. The girl said her mother had separated from her father by then and was living with her mother.

The woman said a few days later, her daughter called her on the phone and finally told her that her father was sexually harassing her. Subsequently, the mother went to the police and filed a compnt.

Probably, it is a high end fake story.

I firmly believe India is rape capital of the world but I don't believe this story.

It's a truly Fake Story.

This movie is written and directed by girls mother

A real father of the girl would never have sexual relations with one's own daughter.Perhaps she is not his own real daughter,maybe taking revenge on his wife or maybe a drug addict. The possibilities/probabilities are infinite!

This is a and made up story a father will never said ever do such an act to his own daughter even if the parents are separated.

No punishment is enough for this father.

The perverr4t man - remember his story

Most rapists in news are Hindus.

in high probability it looks like a fake case created to wreck vengeance on the father...

Law presumes men to be guilty

Cooked up story. Mother taking revenge from father due to unknown reasons

whom to believe in this ?

what kind of father is that?

Rapists should be killed brutally no matter whoever it is.. instant justice is the only way

If this is true, the father needs to spend the rest of his life behind bars.