Delhi: Man takes his wife on long ride, shoots her in Panipat 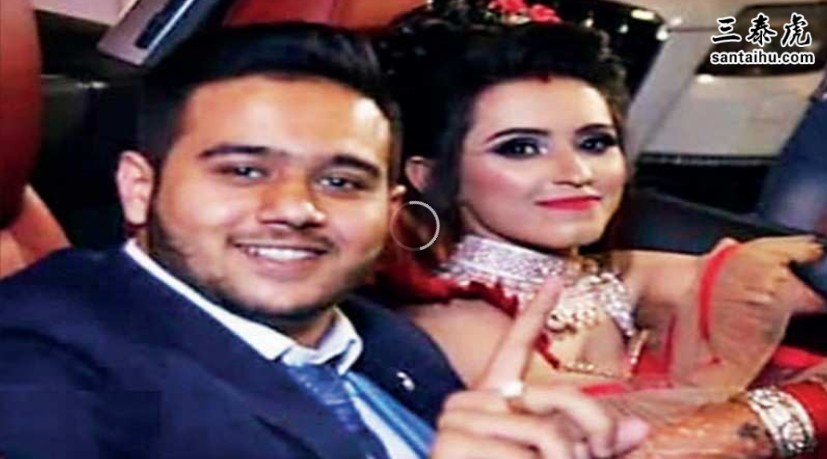 NEW DELHI: A 20-year-old woman, who had vanished from her house in west Delhi’s Janakpuri on November 10, was allegedly murdered by her husband and two accomplices. Apparently, fed up with their daily quarrels, the man took the woman to Panipat and shot her, police cmed on Wednesday after arresting the three accused.

Nancy Sharma, 20, and Sahil Chopra, 21, got married in March, but soon after the couple started having frequent fights over Nancy’s predilection for late-night parties. Chopra also suspected her of having an extrrital affair. Chopra cmed to police that he had asked his wife for a divorce but was told that it was not possible within a year of marriage. Nancy had also threatened him if he insisted on termination of their marriage.

This was why Chopra is believed to have decided to get rid of her. After the couple fought through the night of November 9, Chopra roped in his cousin, Shubham, and his driver, Badal, to murder her. They arranged for an illegal pistol and cartridges and arrived at Chopra’s home around 9am on November 10.

Chopra apologised to Nancy and asked her to accompany him on a long drive to lighten the mood. The four of them got in a Chevrolet Cruze sedan and drove towards Panipat in Haryana.

Around noon, they reached a refinery near Panipat, where Nancy asked Chopra to pull over as she needed to relieve herself. He stopped near a public toilet and thought the isolated spot suitable for his heinous plot. As she walked ahead, Chopra approached her from behind and shot her in the head from close range. He also beat her as she lay dying. The men then dumped the body in the bushes and returned home.

Nancy’s father, Sanjay Sharma, called her several times, but each time the call was disconnected. He then phoned Chopra to be told that she hadn’t been taking the latter’s calls either. The Sharmas launched a search for the missing woman. When she remained untraceable, the family went to police. Chopra floated the theory that she might have eloped with somebody or had been abducted from home.

Police initially treated the case as that of a missing person and only started investigations after Sanjay Sharma accused Chopra of demanding dowry and torturing her when the demands weren’t met. Chopra refuted the allegation before the cops, cming he was a car dealer and financially well-placed.

On November 26, police filed an FIR for the woman’s abduction. They reviewed the mobile locations of Chopra and his call details for the day she went missing. When questioned, he gave conflicting answers. He eventually broke down and confessed to the murder and led the cops to his wife’s body.

“The trio were presented in court and given police remand for two days,” said Shalini Singh, joint commissioner (Western Range). “We still have to recover the murder won and collect evidence.”

There is nothing wrong with their age for getting married. 20 and 21 years of age is fine enough as today''s world the average life expectancy of human , especially in India is around 60. But it''s a problem with the typical Delhiite mindset. Materialistic, greedy, aggressive and to much of show-off.

Killing a person will never solve the matter, no one can escape from law... But women nowadays have become a nuisance, they have become uncontrollable,

Women are smarter than men as they watch serials and know every-way to torture their husbands..Besides she seems to be attractive women. Tough I cant say the man is a saint, nor even in this one. He could be lying and actually be the one having the affair.

Though he should be punished as per law. Women seems to have forced the condition. She did not stop ing late nights and threatened him with dowry act if asked for divorce.

Wait for 1 year. Give divorce.. this is a legal option

He killed her to satisfy his Male ego and now he will be in jail for next 15-20 years.. all his money will be of no use

This is what happens when grave decisions like that of a marriage are taken by teenagers.

Triple Tk is the solution.

Why come in each other''s way.

Killing a person you hate is not a solution. He could have either divorced or deserted her.

Law itself is the Criminal. Why should it take years to get Divorce ? If both parties are not compatible, immediate divorce should be granted.

this is what happens when you are young, have money and lots of time

All three must be s t dead without further waste of time.

This only shows Delhi NCR culture of the rich. Kill if you don''t like or are threatened.

Better maybe he approach a lawyer for separation or sent her to her home . He should have collected evidence of her doing extra marital affairs and get divorce . He could have started a new life without her .

Very immature, silly and brainless action, he committed murder & suicide plus dest yed two other mens lives.Why no marriage counsellor was consulted, or separated until divorce was possible

Money will buy this man a bail.