Did you have any unpleasant experiences while being in China?

I’ve been in China for eight years, so it’s safe to say I enjoy it, although I’ll admit it sometimes feels more like a love-hate relationship.

That being said, the first time I arrived in China was in September of 2009, and our university announced that just three weeks later, we would have a week off for the National holiday known colloquially as the Golden Week.

I decided I would take the opportunity to travel, and made my way to the train station to buy a ticket to somewhere.

Mistake. This is what greeted me.

After queuing for only four hours, I finally managed to get to a window and ask how much the tickets would cost to the handful of destinations I had picked out. Not that the price ended up mattering that much - everything was sold out. Everything.

Except for one ticket, that was a 24 hour ride from Shanghai to Guilin on what the Chinese call ‘hard seats’. Now, being young and foolish, I thought it was a good idea (and for only a few bucks, quite the steal) and I jumped on it.

When I finally got on the train, it was PACKED. The hard seats are meant for two to three people: 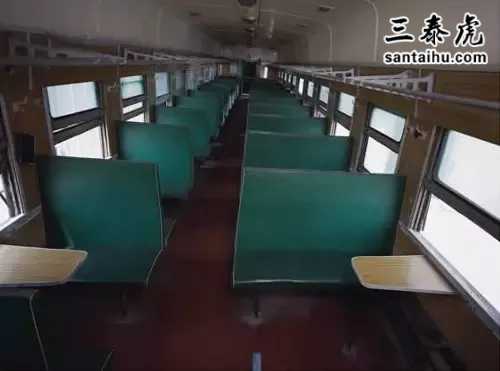 I had the three people version, but we were five people crammed onto it. For 24 hours. The alley was filled with people standing, carrying gigantic bags and eating what at the time, I considered to be the weirdest of snacks.

The floor quickly became a carpet of discarded wrappings, chicken feet bones and sunflower husks, that would be pushed under the seats every hour by a train attendant armed with a giant broom the size of the aisle.

I got on that train around 4 p.m., and finally managed to semi-doze off around midnight. I wasn’t even halfway through the trip.

Now most of the passengers were returning to see their family, and they had of course brought tons of gifts. A lot of these gifts were Shanghai-specialties. One guy in particular had decided to go for a basket of hairy-crabs.

And since he wanted them to stay fresh, well, they were still alive. I’d noticed it out of the corner of my eye, about three rows down, but hadn’t paid much attention to the netting covered basket.

When the crabs broke loose around 2 a.m. however, it was a different story.

Through sleep-muddled eyes, in the dim-light of the corridor, I suddenly saw the floor covered with giant, black and spiky spiders scampering around at full speed. I think I woke up half the passengers in my car with my scream.

In retrospect, it probably woke up the crab’s owner, which was a good thing because the carriage suddenly erupted in movement as every passenger tried to catch the crabs. He eventually got most of them back.

I did however, have to put up with a non-stop stream of That silly foreignercomments for the remaining 14 hours…

Actually, for the past 2.5 years, the only issues I had like an unpleasant experience was at work.. And most of them are not definitely been done by a bad intention, generally because of cultural differences.. Chinese people don’t feel relaxed when they need to say something negative to your face, instead, they tend to say nothing, or just smile.. At first I didn’t get it, and I didn’t able to understand what they think..

They feel shamed when they need to say something like, “please revise this report, it is not good enough”. I generally blamed them like they were lying instead of being honest, till I able to understand their intention. But by time, you get it, and you start to push them to say the things they wanted.. It is an endless challenge anyway.. Cause language barrier is not the only thing that effects the communication issues, also cultural behavior takes a lot of presence at communication.

Other than that, for sure there has been a few really unpleasant issues, which I can’t address them with being Chinese or cultural issues. Those were the things that you may able to experience at any corporate company all around the world..

And for the issues like you mention, being scammed by the people at shopping, foreigners are not being targeted just because they are foreigners. They are targeted because they are easy catches comparing to local people.. So no worries, you will be able to learn negotiating and able to communicate more sincerely by time.. Don’t expect to have the best justified responds at negotiation. Cause for Chinese people, you are a foreigner, coming to their country, trying to make more money and have a better life from them.. Be more sincere, be more close, let them know you, let them know you respect them and let them understand you .. Then you will be treated differently. Goodwill always rewarded by goodwill.

And never forget, we are guests here at their country. We also have to behave accordingly. What would you think, if a tourist was behaving like he/she is better than your people? Not every foreigner is like that, but this is a general image among most of the local people.. So you need to prove you are not like that..

So no worries as I said, other than a few exceptional issues, China is one of the safest and nicest countries I have been.

I’ve had some of the most disgusting experiences dealing with other foreigners. The kind of people that come to China surprises me sometimes.

1.English teachers with no qualifications to teach.

2.Non-native speakers who are not even fluent teaching English.

5.Foreigners making openly racis comments without anyone saying anything.

6.An old man on his sixties hitting on my Chinese friend in her twenties. Then gave her his contact card and told her to call him “at any time”. (The man lives with his wife in China)

7.A guy inviting me to go for a massage (yes, THAT kind of massage) after meeting his wife and daughters.

8.A drunk PhD professor fighting students at a bar.

10.Foreigners who complain no one speaks English (but of course, they never bother to learn Chinese).

11.White saviors who think they know what’s better for China (a vegan making disgusting comments about Chinese because of the Yulin festival).

And I could go on and on…

I got in a fight with a local guy. Or since there was no exchange of blows, I should say I got dragged by a local.

I was on my electric bike on the bike lane. There was this car blocking the way. I beeped at the driver to let him know that I was behind him. He got off the car and walked away, leaving it blocking the lane.

I thought the guy was just going to leave the car there, so I tried to pass through a small space between his car and a parked car. In that moment the car starts moving. Turns out the copilot switched to the pilot seat and was going to park it. He almost hit me, so I banged the window of the with my open hand to let him know I was there. And in that moment the guy just snapped.

A 80kg guy got of the car and started yelling at me. He didn’t give me any chance to do or say anything, because the next thing he did was grab me by the neck and choke me. He lifted me from the bike and threw me to the ground. All the time I was wearing sunglasses, and when I hit the floor they fell off. After seeing that I was a foreigner he got in the car to leave the place.

I was shaking and didn’t know what to do, so I took my bike and drove away. Then I stopped when I thought I was safe and called some friends. They adviced me to go to the police station and file a report. A friend offered her help to translate.

I don’t think the police is going to find the guy. I didn’t remember the whole plate number nor the brand of his care, and it was white (I just noticed then that a lot of people like white). But I was very well treated at the station.

All in all, it was a bad experience but the only one that I’ve had in China in almost three years I’ve been here.

David Levy, Living and working in China since 1986

The situation you describe certainly does happen and similar stuff has certainly happened to me. But it not only happens to foreigners in China==locals can get cheated in markets and other areas, too. (By the way, the American  shouldn’t need to carry his own scale because many markets have public scales, manned by an official of some sort, so that buyers can verify the weight of their purchases on the spot, and disputes about weight can be quickly mediated.)

As in the markets, so it is in other aspects of daily life. Some people will try to cheat others. Some won’t.

Short answer: sure, stuff like that has happened to me in the past 30 years. Probably more than I realize, but probably not as much as many assume. All over the world, cheaters gonna cheat.

I don't know if I am supposed to be answering this since I haven't been to China myself but I do know someone who has been to China and had an unpleasant experience.

So let me give you a little bit of intro. So that person (including me) is a Muslim and Muslims are very strict when it comes to eating because Muslims can only eat Halal food .

So, when that person went to China on a business trip, he couldn't find any Halal food !!

So here's the unpleasant part … he had to survive on apples and water for 3 days and 3 nights !

It seems quite healthy but if you actually do it , it'll turn out horrible !

That was quite an unpleasant experience !