Hyderabad: Girl kills mother with help of friends after she objects to her multiple love affairs 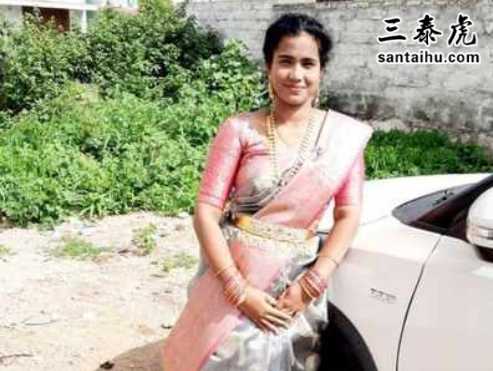 HYDERABAD: Chided by her mother for her affairs with boys, a 19-year-old girl student allegedly strangled the 38-year-old woman, Rajitha, to death with the help of her friend at Dwaraka Colony, Hayatnagar, a fortnight ago. Initially, she tried to blame her father for her mom’s disappearance, saying he used to ‘harass’ her. However, a lie nailed her and the chilling details of the gruesome in dent came to light. The couple had even spent two days with the body and reportedly got intimate. Police have taken the teenager and her two friends into custody.

Hayathnagar police said as of now the 19-year-old teenager, Keerthi Reddy, a degree second-year student, her boyfriend Bal Reddy and friend Shashi were taken into custody and being questioned.

On October 24, Rajitha’s husband Srinivas Reddy, a lorry driver, returned to their Dwaraka Colony residence and found the house locked. When he tired to reach Rajitha on her mobile phone, he found it switched off. Later, he telephoned his daughter Keerthi , who cmed she was touring Vizag. Srinivas told her that her mother was missing and asked her to return to Hyderabad immediately. She, however, returned on Saturday and lodged a missing compnt.

In the compnt, Keerthi alleged that her father was an alcoholic, used to quarrel with her mother often and would even physically abuse her in an inebriated state.

After the duo returned home, Srinivas questioned Keerthi about her Vizag tour. When she gave inconsistent answers, Srinivas started suspecting Keerthi. Meanwhile, on learning that Rajitha was missing, Keerthi’s boyfriend Bal Reddy’s father, who too resides in Hayatnagar, landed at their residence to meet Srinivas.

“The twist in the case came after Bal Reddy’s father told Srinivas that Keerthi was at their house since Tuesday on Rajitha’s insistence. Realising that Keerthi had lied to him, Srinivas alerted Hayatnagar police,” a source in Rachakonda police said.

On interrogation, Keerthi allegedly spilled the beans and confessed that she and her friend Shashi had killed Rajitha.

On October 19, Rajitha reprimanded her daughter for her affairs. An annoyed Keerthi roped in Shashi, a neighbour. The same night the teenager and Shashi strangulated Rajitha to death with a saree when she was asleep.

Perhaps it''s the influence from the stupid Telugu movies and serials.

I am from old generation. I too loved a girl during my college days.The girl never allowed me even to touch her finger ,leave alone getting intimate. We never went to hels or spent nights together.She did not tell me that if her parents do not agree for the marriage she would kill them or elope with me.She told that if she cannot marry me due to parent's objection she will remain single throughout her life.Fortunately,we married with the consent of parents.

My GOD..unbeleivable heights of stupidity and cruelty a human being can reach...

After studying the murder case, I feel the daughter is shameless and heartless. It is clear that she was walking on a wrong track and parents have every to put her on correct track as known that she had many boy friends. whatever family problem may be she has no to kill her mother with the help of her boy friends

She is a sex maniac, must have got physical with boys from early age. Like drug addicts, she needed to be screwed often. She believed her mother was an obstacle in getting her wants. In other words gone of lust. Thought eliminating her would clear the path without realizing the consequences. What a tragedy killing one's own mother! No family love, no emotion, total disappearance social values!

Lol..lets go back to dark ages. A 19 year old girl is an adult legally and can do anything. Let her be whatever she want to be.

While blaming her we are forgetting that boy ( who helped her commit crime ) is also equally culprit.

Omg. Lust! What the girl needs?

Prostitution, sex toys, should be legalised in India to prevent sex related crimes, because p-rns are available in every digital platform now, and marriages are happening on higher ages now a days, virginity is not valued now, most of the teenagers wants sex, fb and watsap are most favourite tools to get access, so make prostitution legal.

My school girlfriend almost offered her poosey after 12 th standard farewell inside empty class room in 2009. She said lets do it. I feared she will get pregnant and her family will beat me and compn to my parents. So i didnt do and still a virgin till date. These young people nowadays has no fear of parents

Such crimes things are increasing in india due to unrestricted ming of boys and girls, social and phonographic sites in internet and lack of value-based education.

How Good this girl is. She wanted sex only. and I am left without sex even after marrying

Keep an eye on your wife, may be she is planning to kill you with her boyfriend

I feel for you. even my wife is not interested in sex anymore. it's too frustrating.

Looking at the picture of the girl, nobody will suspect that she will do such a heinous crime.

All this is because of internet, movies and serials.