What is the general perception about India and Indians around the world, before and after people visit India? 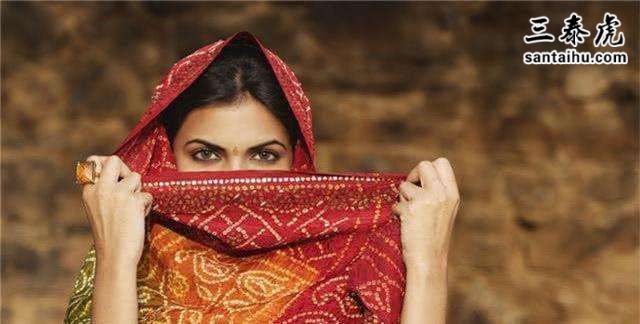 So recently I went to a dentist for casual cleaning. (In Russia, to be precise)

Before starting the procedure she asked me about my previous visits to doctor. I told her that I had just arrived from India where I had lived for almost three years and I visited dentists regularly there.

The doctor became very curious. The first question that came out of her mouth:

“Oh they have dentists there?!”

If I were invisible I would have face palmed.

But I just replied her:

“Of course, there are dentists there.”

Then I got to the chair and my torture (less physical than intellectual) began.

The lady continued asking me the following:

“How did you live there for 3 years? It must have been so dirty there…”

“You must have gone there for meditation and stuff, ?”

“Did you swim in the ocean every day?”

“I heard that Indians clean their butts with left hand after toilet… Did you do that too?!”

“Did you wear sari always?”

“What is their re gion? Chr tians? Oh wait… I remember, they all are Buddhists, ?”

All this time I spent in utter shock that these stereotypical ill-informed ideas about India are still so strong that a well-educated person can come up with such silly questions. I am afraid this is what a common Russian thinks about India, unless they take a special interest in Indian culture and history.

I'm an American who wanted to see India my whole life. I was mostly fascinated by the re gions and culture of India.

By age 60, I hadn't made it there and I figured I never would. Then, in 2014, we helped out a young Bengali woman who was stranded overnight in an airport during her first visit to the US. We saw to it she reached New Meco safely. We became such close friends online that she began referring to us as her "American parents". When she announced her wedding in Kolkata in 2015, she requested that her American parents be part of her wedding .

In 2015, we visited Kolkata, Jaipur, and Delhi. A few Quorans asked me to write my impressions of India when I got home and I did. To my surprise, more than 100,000 Indians read what I wre. I went from about 250 Quora followers to more than 10,000! Some young Indians found and friended me on Facebook. We chatted. We became close. Some shared similar interests. Some discussed personal problems with me. I offered what advice I could... not as a psychotherapist but as a human being... One began calling me "Baapu". Another called me "Touji". Then came "Angel Paa", "Papa Rick", "Baba", and "Dad. I began referring to them as the sons and daughters of my heart.

When I announced our planned return to India in 2017, my unoffi ally-adopted Indian sons and daughters all insisted we stay at their families' homes. So, in October 2017 we spent 33 days with five families in three states in five different cities: Jaipur, Kota, Ujjain, Indore, and Amravati.

So... To answer your question, my perception of India has less to do with re gion and cultural differences and more to do with the kindness, generosity, and hospitality of the Indian people. My wife and I were made a part of these families. We may have been tourists in 2015, but we were there meeting our FAMILY in 2017. If it wasn't for the cost of the airline tickets, I'd be there now celebrating Holi! We hope to return in a year or two, this time adding Pune and Bangalore to our itinerary, because I have loved ones there, too, who I have yet to meet.

Of course, I do not belong to those people who had a bad image before coming to India, but this had to do more with my Bollywood madness and dream about the exotic India since my childhood.

But generally speaking, overseas, especially in the West, too much negative news about other countries in Asia is shown from the media outlets, and reports are too much overcharged with an orientalist view.

There is simply too little news about good things, but bad things like violence ag inst women, co ption, hunger, poverty, crime or even some bad experiences of tourists are the headlines of magazines or websites, so people who have never been to India before are getting scared.

I've often expned my wonderful experiences in India here on Quora, how helpful people were, how much love they gave me and how many times I've experienced the opposite of the news, but people should not think I'm an exceptional case or am I exaggerating, I would like to tell a short story about my close friend who has a very nice memory of India.

It's about Tugba Suberk, my dear dost.

From here I will give it word for word as she told it to me and on her social media:

even if it comes too late I would like to tell this in dent. In 2016, just before we reached the New Year, I lost my wallet on a Delhi bus, where my visa, passport, credit card, ID's and pocket money were in. Without realizing it, I went in to the McDonalds in Chandni Chowk and only then saw that my wallet was not in my bag anymore. In this desperation, an Indian family helped me immediately with their phone so I could cancel all my credit cards and call the Turkish Consulate to report the situation. After that I immediately made a report to the local police.

There was nothing left that I could do more..

My eyes were red in the meantime with crying, and with these swollen eyes I went then into the new year.

Next morning, one of the responsibles from the company I was working for called and told me that the Delhi police had located the information of one of my friends in my wallet and reached by phone. The wallet was handed over to the police. That was just incredible for me.

Would it ever come into your mind that your wallet is found in Delhi within 24 hours and comes back to you?

Of course, many friends did not believe me there until I shot this photo with the policemen who brought my wallet, untouched and personally to the hel.

After so many bad things in the world and so much negative news we are bombarded with every day, it's a wonderful feeling to know that there are still many good people out there.

Hereby I would like to thank the Indian family who helped first (Deepak), friends who helped me with the report to the police (Gaurav & Vijdeep), to @christhameirin, who helped me financially that day when I was left without a penny in a foreign land

I am currently living in Denmark. Danes are very nice and smart.

Almost everyone I met, thought I was from Middle East or Spain.

Here are few things I have been asked about India and things they think they know about India (repeatedly):

1.Is it very dirty? When I compare it to Denmark, I can say India is sinking in garbage and so on

2.Is it a Mus m country? No, we are the largest de acy

3.Why are you not dark skinned? India has a huge variety in skin color

4.Are you Hindi (re gion as well as nationality)? No, Hindi is a popular north Indian language and Hindu(ism) is a re gion

5.Do you like Denmark? Would you like to stay or go back? I love Denmark, but i love home little more than that

6.What kind of power plants are there in India? We have all kind. Yet, most of power comes from coal plants

7.Have you ever seen snow before? Does it snow in India? Well, at least, at my place it snows way more than Denmark

5.No one thinks Indian men are rapists

7.India is far, almost everyone got this one

9.People know about India-Pakistan tension and are fully aware of who is wrong who is

10.We have huge population

11.We are all vegans, people here don’t know difference between vegetarians and vegans

There perception is almost same, even after they have visited India. It’s just all their doubts about poverty, garbage, population, pollution, etc., gets confirmed.

I can tell you about Indians living in Silicon Valley, and my mom works for a venture capitalist Indian family, her que:

"They're like jews! Hard working, high level, pushy mothers, and marry within their own culture! I don't get the whole diet of not eating meat though." Haha.

3.Living in Silicon Valley, I get the impression Hindus are higher economic class than Sikhs? I hardly see Sikhs here, except maybe Fremont

4.Alan Cohen's comment about Indian mothers rings true; my really good (Indian) friend's mother can be substituted for mine. Just as pushy, neurotic, and ultimately wants the best for her kids and success for them.

5.This is just my oion as a westerner, I may get crap for this, but the most foreign concept for me to grasp is the idea of arranged marriages. My (Indian) friend refuses this, and it caused such serious scandal, nearly led to her family to stop talking to her. Her brother found an Indian at work, so her parents were okay with it, but since she's the girl, strict with this I guess.

6.Maybe it's the type of friends I make but, my close Indian friends, who are from Stanford, Berkeley, etc are somehow very hardworking, but bnce life--one of my friends is a great Salsa dancer, another is a great Zumba dancer. My Indian friends are so full  of life!

7.I still remember Bollywood performances from my High School and UCLA--HOLY CRAP!

8.Bollywood music is so infectious and upbeat! I actally love it. Some of it seems can be straight in top 40 regular dance and hip hop music that's being listened to.

9.Alan Cohen's comment about Bollywood rings true. Musical cheesiness at its finest. But I don't like musicals and Broadway in general, haha.

11.I find that Indian girls can be gorgeous.