Tamil Nadu: Everyone wants to help this 82-yr-old selling idlis for Re 1 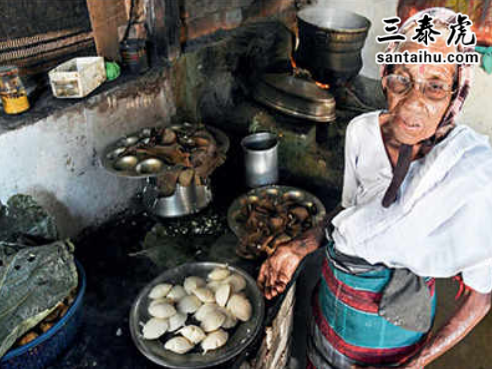 COIMBATORE: Not many entrepreneurs may want to emulate the business model that sustained her for 30 years. But 82-year-old M Kamalathal, who had been selling idlis for Re 1 each at Vadivelampalayam in the district, felt she lacked nothing. After videos and news reports about the “idli paati” preparing the dish on a firewood stove went viral, she was flooded with offers of help from across the country.

Sharing a video clip of Kamalathal cooking at her home-cum-shop, chairman of Mahindra Group Anand Mahindra said he was willing to “invest in her business and buy her an LPG fuelled stove.”

Bharat Petroleum Corporation Limited, Coimbatore, told him that it had already issued Kamalathal an LPG connection. Retweeting this, Dharmendra Pradhan, Union minister of petroleum and natural gas, said, “Salute the spirit and commitment of Kamalathal. Glad to having helped her through local OMC officers in getting an LPG connection. Society must empower such hardworking people who defy all odds.”

In addition, a private firm from Mumbai gave her a commercial wet grinder to prepare idli batter.

After all this unfurled on Wednesday, Mahindra on Thursday tweeted that he would be happy to support her LPG costs.

On Tuesday, Coimbatore collector K Rajamani received her at his office and offered to fulfil whatever needs she had. “She had no demands. However, her well-wishers said it would be helpful if the district administration built her a home. She said she has a patta. If she or her children brings the patta, the district administration is ready to build her a home for around Re 2.5 lakh,” he said.

“Now everyone who comes to know about her wants to help her in some way. This is a positive thing,” he added.

When contacted, Kamalathal said she was happy that people were helping her. “For 30 years that I have been running this idli shop. I have been using a firewood stove. Now they have given me a gas stove. I am happy,” she said.

Asked how she managed to sell an idli for Re 1, she said her input costs were low, so she could sell it for a low price. “There is no loss in this. I sell idlis for around Re 600 a day. I get to keep Re 200,” she said.

She is the real Bharat Ratna.

Wish we Indians taking pride in doing our best to make India the best with ample resources we have by being discilplined like her.....

as god....e the real gods who for the livelihood take up such un profitable ventures & be satisfied with the lowest of income.....!

What an example & dedication of an elderly who is still being on her own & committed to serve peope while being so low profiled........hats off.....!

The moment fuel price changes restaurents charge 50 paise more per dich.....mis using the good will of the people.....all rich hoteliers are dreaming big & mis use any opportunities fail go out mis used.Please bring up such people all over the nation & give them help to serve people.

Not hygienic and cleaned. Adyar Anand Bhavan and Saravana Bhavan idlis are no 1 and tasty.

Murugan idli shop selling idli at Rs 22/- and kitchen being found in deplorable condition should put down their heads in shame. Food is God and this lady is inspirational. Salutations

What she gets Rs 200 per day is more happy with it. No intention to amass money which is a rare case in the present day society.

I am deadly sure, She will receive Padma Award during Republic Day 2020.

We salute her for selling Idlis for nothing especially to the poor. The offer of help from across the country indicates Humanity still prevails.

If she gets the LPG, who is going to pay for gas. Our ancestors were using wood for fire and it was cheap. Now we import LPG and it has raised the cost in everything. is

Her economics is better than so called iim and harward economists.

Making 1 kg of idli maavu (aatta) would cost about Rs.20/= which is sold in shops at Rs.40/=and in each kg. about 25 small idlies can be made. See the basic cost price of idli with atta made at home and made from aatta bought from shops.

She is fulfilling her needs not her greed, so she is happy and so will everyone who follow the path,

Venkatesh i•5 hours ago

Great. Both her for proving that age is not a deterrent to be on your own feet

At the age of 80 she is serving society and managing her life. She is an inspiration. People retire at 58 & 60 from cushy jobs, and do nothing but do small talk and play politics.

A very honest person. Hats off to her for her dedication

Salute to this nice and kind women.