Day after boyfriend is accused of rape, young woman in Moradabad marries him 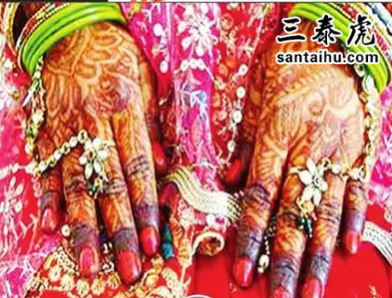 BAREILLY: In a bizarre turn of events, a young woman in Moradabad got married to her “boyfriend” on Thursday evening against whom the girl’s father had lodged an FIR under section 376 (rape) of Indian Penal Code at Bhojpur police station on Wednesday.

Police said that they were informed that the young pregnant woman had consumed poison following which they reached hospital to record her statement, but couldn’t find her there.

The police later found the woman at the accused man’s house where she said that the FIR was registered by her father without her consent and now she had married her “boyfriend” and didn’t want any action against him.

Station house officer of Bhojpur police station, inspector Pradeep Malik, said, “During investigation, we learnt that the case was lodged only to mount pressure upon the man and his family with whom the girl had been in a relationship. He was reluctant and did not want to marry her after she got pregnant. We have verified her credentials which show that she is now an adult. Moreover, the girl stated in her statement that she was in love with the man to whom she has married now and didn’t want any action against her.”

SHO further said that since the matter had been registered, they would have to follow the due process to file a closer report. “Though the girl doesn’t want any action against the accused man, she will be sent to a hospital for medical examination. The FIR was lodged by her father. The issue of consuming poison by the woman is also found to be false,” he added.

Notably, the woman had developed an intimate relationship with her neighbour around seven months ago and after she got conceived, she asked the boyfriend to marry her but he was reluctant. The girl’s family, meanwhile, had learnt about her pregnancy after which they were unhappy with her.

Rapes is misused by woman in consensual sex...

i do not Endrose premarital sex firstly...

law should be made if rape is not proven...

who filled rape case should also be punished...

b if case is withdrawn...

This marriage will not last

The boy was reluctant because he was a muzzie. Stupid Hindu girls.

mockery of law .....ashamed to be a citizen of such a system

How easy to make false rape accusations after consensually spreading the legs and enjoying, just on a empty promise ?..without ever thinking of consequences, worst part is she''s seen as ''victim'' by society

Girls at younger age should be educated by parents as how boys trap a girl by sweet talks.

Parents opposing daughter''s relation with a man often are OK to seeing their daughter''s sexual life as rape rather than accepting it as mutual consent.

But it is good for girls, enjoy and if possible suitable then marry, if refuse, file FIR of rape, it is fantastic, but there are poor girls also who falls in this trap and meet some dreaded type boyfriend who will threaten so much that girl will not file FIR but commit suicide. Better Lets follow American way of life.

parenting mistakes first then wasting time of police for their personal benefit!

Now cops will try to make some money by stretching the case on pretext of procedure etc. couple is married now but father who filed case will hv to shell out bribe mo ey to satisfy cops greed else he will be threatened for imprisionment.

Any penal action again girl’s father of misusing law and imposing false accusition of such a severe crime???

Its fashion in India now, either charge such guys or keep seeing such incidents every other day

This is blackmailing. I wonder how they will forget the past and start new future.

Girls father must be arrested for filing rape case without consent of daughter.

How a consentious sex amount to rape? Even on few such word whole carrier and life of accused is ruined for ever. Shame on this system.

the woman should be punished as per law of land who has manipulatted the facts to create terror and intimidation to the boy and his family.

What''s all happening in the world? Unbelievable.May be we soon expect a Hindi film based on this story.

If the girl lied about self poisoning then the case is perhaps to be seen differently. Self poisoning doesn''t occur in such cases. Mostly the woman is satisfied if the man/men are punished

Women now know how empowered they are. Men watch out.

Jail the father for false complaint and wasting time of police. Misuse of laws should not be ignored.