Indian family of 4 found shot dead in US 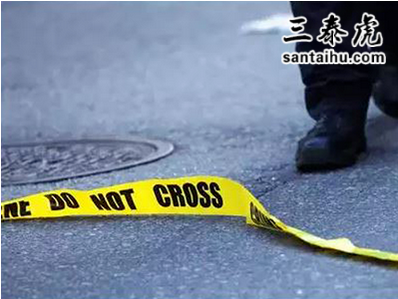 VIJAYAWADA: Mystery shrouds the death of four members of a Telugu family who were shot and killed at their home in West Des Moines city, Iowa, in the US, on Saturday.

Sunkara Chandrasekhar (44), his wife Lavanya (41), and their two sons, aged 15 and 10, were shot and killed, a police statement said. The family belonged to Tsundur town in Andhra Pradesh's Guntur district and had been living in the US for at least two decades.

On Saturday, at around 10 am, a local resident dialed 911 after being informed about gunshots being heard in Chandrasekhar's house. Police officials found the four lying dead with gunshot wounds. Sources close to the family said they had moved into the house in March.

Speaking to TOI, a family friend, who is also a member of the Telugu Association of North America (TANA), said on condition of anonymity that Chandrasekhar has been suffering from depression for a while and that there might have been a dispute in the family.

In an Instagram post, local police explained that at the time of the shooting other family members, including two adults and two children, were living in the house as guests. After discovering the bodies, one of them rushed out looking for help. He found someone who then called 911. The police have not revealed the identities of the guests.

Chandrasekhar worked for the Iowa department of public safety's technology services bureau. Sources added that Lavanya was a software developer. Friends and acquaintances cited his work excellence certificates and said he was a hard-working employee.

TANA members got in touch with family members in Tsundur town and were told that everyone was in shock.

Whether it is US or Australia such crime related news usually relate only to Punjabis and Andhraites. What is the reason behind this? I had a lot of Andhra colleagues and most openly flaunted they took huge dowries for migrating overseas and live larger than normal lives...these colleagues like their Punjabi brethren could do anything to migrate overseas or get and sustain work and a living in foreign country many having strong political connections back home

It "might" have been family feud. The police is investigating still. So obviously this kind of headline might be a mistake too

This incident should not be made a "racism" case. It seems that it was a family feud and on the other hand, thousands of white people are murdered by white people. Indian media should not make every news concerning Indians make sensational. It does harm to Indian community.

so all other Indians have to go back

Telugus in crisis both in their home states and outside India. In "Yamahrica", they either get killed by whites or by one of their own kind.

There is a growing racial hatred inflamed by Trump. Resurgence of KKK, attacks on Jews and Indians is the halmark. What makes Indians more vulnerable than blacks and whites, is the brown skin color. As soon as a black or white sees your brown color they know your are not American, though you may have been born in US/

What a dumb remark. KKK was founded by de ratic party not trump. When Indians come to USA and tried to change culture by looting go nment and committing all kind of tax violations makes anyone in USA crazy.

There is something fundamentally wrong with Andhrites and Telenganites...why only they get killed in the US ?

You Tube• 5 hours ago

They are maximum in nos in the USA abusing h1b visas. They are bringing bad name to those who are genuine.

Usa is worst place for depression for Indians

Happiness is more valuable then money. It can happen to anyone. Foreign living is stressful aswel. Happiness is things like your community you grew up with, your temple, your culture and the food.

Is that the reason many are killed in India.

gun culture makes it very easy to kill and to be killed.....

So sorry you got reject a visa to fo to the USA,

Who want their visa you can go their and come back easy without any visa all time,do you know this.

How? Without visa unless you are citizen from some European country or from USA. Indian passport holders need visa to visit.

It''s not safe any time. There are chain snatching incidents and car break ins are common during the day time. Gun culture is very bad in USA. USA Government is not doing anything about that.

We have relatives living near that place. According to them the family was affluent and had large investments in real estate. The lady was also employed in one of the well known engineering firm .

Very unfortunate Indians are being targeted their ,,,keep Indians out of country is the motive ,,,,

It''s very common in USA. It happens with anyone.

saksh the uman manky• 5 hours ago

THE LARGEST NUMBER OF FARMER SUICIDE IS IN ANDRA PRADESH

Telugu people once again. Why it happens only to them?