I found this article on Facebook and I think it is worth sharing on quora:

True story by Manish Malhotra ,an Indian MBA in U.K

My close family member is a key member in PMO . Let's call him Mr A for simplicity

So Mr. A had retired in Feb 2014 and he was happily spending his time with the family. He has spent almost all his career with Congress Gt. In his daughters wedding all the array of Congress leaders had come. Kapil Sibal and Ashwini Kumar are his family friends

Now in May 2014 after Modi took over he looked at officers and did a big reshuffle. He still had major gaps to fill. So he recalled 7 officers who had retired recently based on their excellent track record.

Mr A was one of them. He was not too keen as he had post-retirement plans. However to cut the chase he was finally convinced for a year...,

He is not a fan of BJP and Modi

Then began the mad drill. Life turned upside down. Even on Holi and Diwali days he and the entire team is with Modi. On Diwali day he came home 11 in the night. Last week he agreed to extend his contract by another year.

He said in last 44 years in Gt he has never worked so hard and so much.

Apparently many times he skips regular meals to accommodate some requests.

When I asked him why doesn't he respond to allegations ag inst him. He laughed and said he has reached state of self actualisation. Every meeting they have, he runs through it for 30 mins and than he always ask the same question to everyone in every meeting ' What more can we do to make India better' 24x7 he is on the over drive working on it.

Mr A said a recent example where they finished a meeting at 12 in the midnight and as they were walking out there were 3 groups of people waiting for him.

Coin dentally he had meeting on another topic at 8am in the morning the very next day. When they were walking in at 8am, the 3rd group from previous night was walking out.

And later he came to know from his secy that PM hasn't slept for 36 hours !

And this is when it is business as usual and not national emergency..

Mr. A says he does not know whether Modi's health will survive this self inflicted tough schedule or if he will even win the next ion

However he is clear of one thing... In this 5 years he will leave a lasting legacy...

Don't know about the authenticity of the story but I have heard of tons and tons of stories similar to this and I choose to believe it.

There could be three kinds of answers to this question.

1.For the Modi fans India is changing and going into the direction like it has never done before.

2.For anti Modi people India is changing again but it is going in the wrong direction like it has never done before

3.Make a list of past 6 to 7 Prime Ministers before Modi and you will get your answer

Back in 2015 I was studying my Masters in International Business in South of France and used to study different subjects related to economy and business across the globe. Being among only two Indians in the class of 32 which had 16 nationalities I was surprised to see that during all the classes, the mamum number of times a country was qued by students and professors during my entire curriculum were only US, and India. US because of reasons you and I both are aware of.

because no country has grown at such a rapid pace over the past 4 or 5 decades like .

India because off the growth it has seen in past 4–5 years. Now this could be debatable, for example India did not do any development for past 60 years or so but I am just giving an example of what I actually saw in the classroom.

It is true that no country can change overnight for example Singapore which was no less than a barren Island 60-70 years ago is today world's top destination for businesses.

what you see today is the outcome of what they've been doing for past 5–6 decades. India has just started that Revo tion and it will take some time to reach where we belong. India was 25% of global GDP when British came and it was less than 1% when they left. When Modi came into power India was 8th largest economy and today it has surpassed even France and become 6th largest economy. India is bound to surpass UK and become 5th this year. There have been more bank accounts, household gas connections, ricity for poor people who cannot afford it or had no access to it.

There have been some drawbacks as well in terms of governance but then name a go nment which had no drawbacks. In hollywood movie, Wolf of Wall Street , Leonardo DiCaprio says to his client, please judge me on my wins and not my loses, because I've so few loses.

Now whether you choose to ve for him or ag inst India will continue to thrive but when there is a flyway and you have a f****** Maserati, Would you like to use the first gear or the sixth?

I want to share my own experience on what has been changing in India.

I come from a village (Rural) in Tamil Nadu. There is a scheme by Central gt of India aims to enhance livelihood security in rural areas by providing at least 100 days of wage employment in a financial year to every household whose adult members volunteer to do unskilled manual work under the NATIONAL RURAL EMPLOYMENT GUARANTEE ACT 2005 named as Mahatma Gandhi National Rural Employment Guarantee Act. 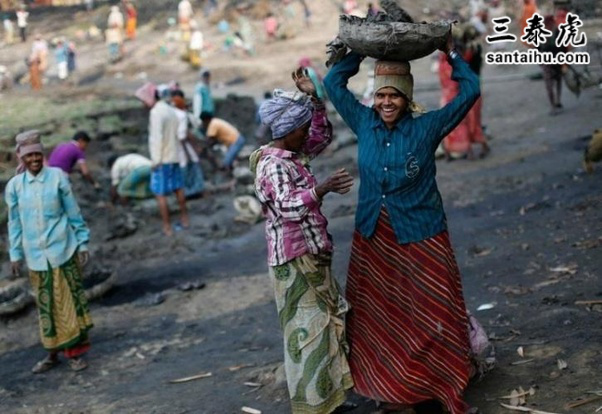 This program was first proposed in 1991 by Narasimha Rao gt and was finally accepted in 2004. I have seen people working in this scheme from my childhood. All I would see was a group of people who under this scheme would join and chit chat under sitting under a tree. It was like people were paid for leisurely enjoying their free time.

Each person is allowed only for 100 days, but people would work for more than 100 days. Say I have enrolled for the program(Sriram Nandan), under the name of Sriram I would work for first 100 days and get the wage and for next 100 days I would work as Nandan. There was no proper way to mon or the work and there was no record of work.

It didn’t end there, if people are paid Rs 100/day for their work the gram panchayat head or other offi als would take a (20–30%) part of that Rs 100 and return only the remaining to the people. Usually at that time, money was paid my these village head through cash

1.No proper work was being done under this scheme

2.People were working for more than 100 days by using different names

3.The village head usually took a percentage of actual amount and returned only around 70% of the pay to the workers

In order to enroll for this scheme now, the worker must posses a Aadhar card, thus he/she cannot cheat and work more than 100 days. The problem of smae people working more than 100 days was solved By this itself I think gt would have saved a lot of money. Due to the introduction of Pradhan Mantri Jan Dhan Yojana scheme now most the people in Rural India have bank account accounts. Their wages are being credited through the bank accounts and not given to the village heads. So the full wage amount comes to the workers.

The work done by them as bettered with time , I dont see people sitting and chit chatting under the tree now. But still there is a lot of scope of improvement on the work they have been doing.