A monkey has been filmed driving a bus in India in a hilarious clip shared online.

The primate was filmed steering a public bus and driving the vehicle itself in Tamil Nadu in southern India.

In the video, the animal can be seen sitting on the steering wheel as it drives the bus full of passengers.

Shocked passengers watch as the monkey drives the huge vehicle on a busy highway. 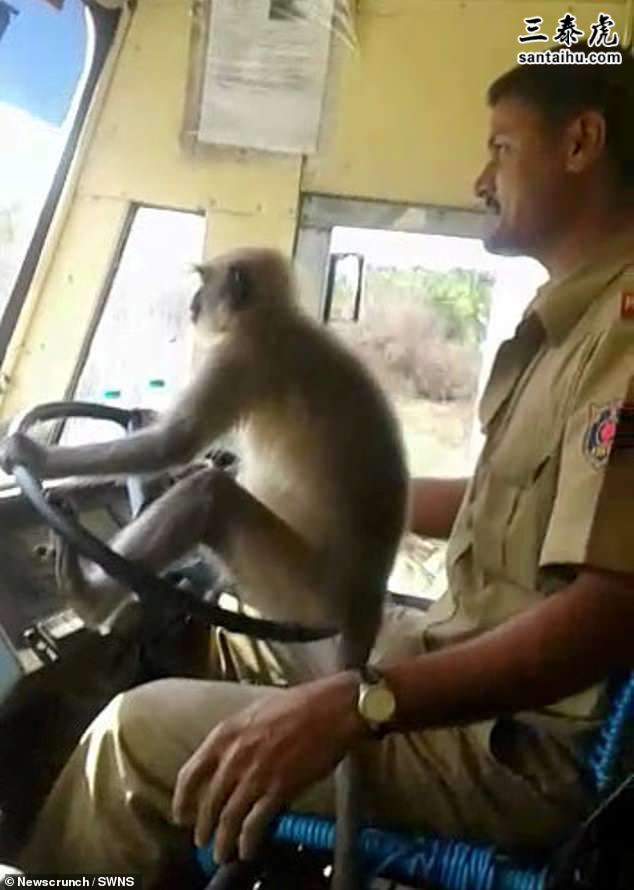 One of the passengers who was taken aback by the ape's driving skills immediately took out his mobile phone and captured the rare in dent.

The passenger can be heard asking the driver, 'Is he an expert driver?' to which the driver replies that the primate knows how to drive.

The Monkey was getting a ride on the steering wheel while actual bus driver operated the bus with his left arm. At no time did the monkey have control of said bus in question here unless they are hiding something from us somehow. It is however a cute scene to see but nothing that dangerous considering this is India after all.

Well they were the first astronauts so driving a bus must be a cinch.