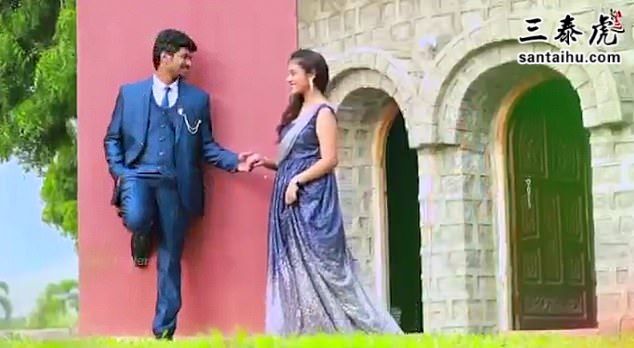 A husband has been brutally hacked to death with a machete in front of his pregnant wife in a suspected honour killing in India.

Pranay Kumar, 24, was leaving a hospital with 23-year-old wife Amrutha Varshini in a village near the city of Hyderabad when he was attacked on September 14.

An unidentified man was filmed on CCTV walking up behind Pranay with a machete before hacking him across the back of the neck as Amrutha watches on. 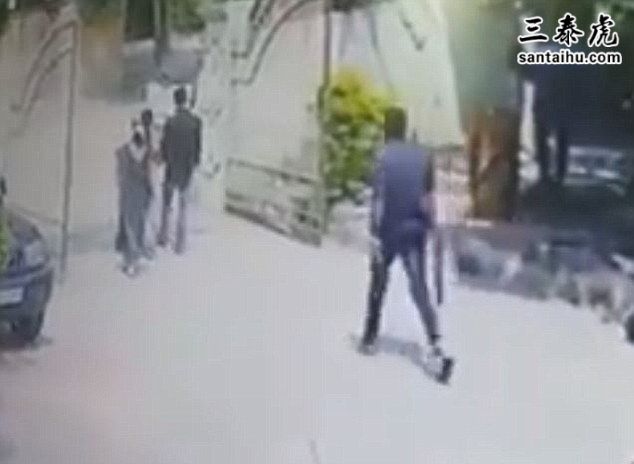 The desperate wife could be seen trying to stop the assault as Pranay slumps to the floor, but the man delivers another crushing blow to his head.

The attacker then throws away his machete and walks off as Amrutha runs inside the hospital to summon help for her stricken husband.

Despite medics efforts he succumbed to his injuries a short time afterward.

Police are investigating the attack as an honour killing which they believe was carried out because the pair were from different castes.

Amrutha was from the vaishya caste comprised of farmers and traders while Pranay was a Dalit Chr tian, also known as an 'untouchable'.

The pair originally married in January, ag inst the wishes of both of their families.

However, Pranay's family had since accepted the union and decided to hold a reception for the two in August. 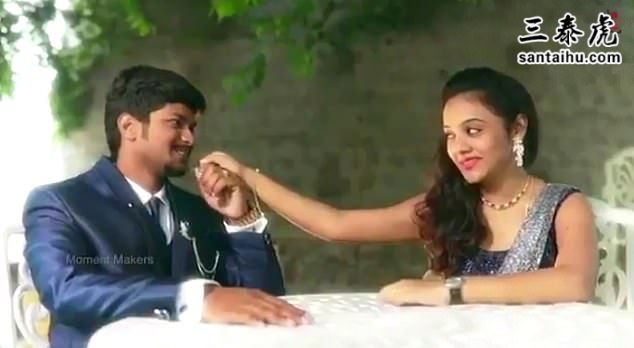 Police were alerted to the marriage after the couple invited several officers to the reception and gave the couple a warning.

Nalgonda Srinivas, deputy superintendent of police, said: 'I had my suspicions about [Amrutha's] father and had warned the couple.

'When they held the reception in August, we gave out notices and had deployed a few police officers at the venue so that nothing bad happened.'

It is thought the killing could have been prompted by Amrutha posting a wedding video of the pair on Facebook.

Amrutha has told local media that she believes her father and uncle were behind the attack. Officers are investigating but have yet to make any arrests.

Police say Amrutha's father was questioned in March over the possibility he would use violence to break up the marriage, but insisted he had no plans to do so.

Brahmins, Kshatriyas, Vaishyas and Shudras: What is the caste sy em, and how is the Indian go nment taking steps to limit caste discrimination?

The Indian caste sy em is one of the oldest forms of social hierarchies in estence.

Developed over thousands of years, the sy em relies on karma (work) and dharma (re gion) to determine a Hindu's social standing.

Top of the tree in the Hindu hierarchy are the Brahmins who traditionally fill the most high-powered jobs.

Kshatriyas, or the warriors and rulers, come second.

Vaishyas, or the traders, and are made up mostly of businessmen and women.

Finally there are the Shudras, considered by some to be the 'working class', who perform many of the menial jobs in society.

Outside the Indian caste sy em there are the Dalits - or 'untouchables'.

Centuries of tradition have seen caste dictate many aspects of Indian life, including who one can marry and where one can live.

Traditionally, the sy em bestowed many privileges on the upper castes while sanctioning repression of the lower castes by privileged groups.

Often criticised for being unjust and regressive, it remained virtually unchanged for centuries, trap people into fixed social orders from which it was impossible to escape.

In 1950 the Indian go nment brought in measures to ensure greater equality across the caste divide.

Since then it has been illegal to discriminate ag inst a person based on their caste and some jobs even have 'caste quotas'.

There are, however, millions of rural communities across India which still enforce the strict rules dictated by the tradition.