Oh, boy! Panda turns out to be male after keepers thought it was female for FOUR YEARS at a Chinese zoo

A male giant panda has been mistaken as female for nearly four years at a zoo in north-east China. 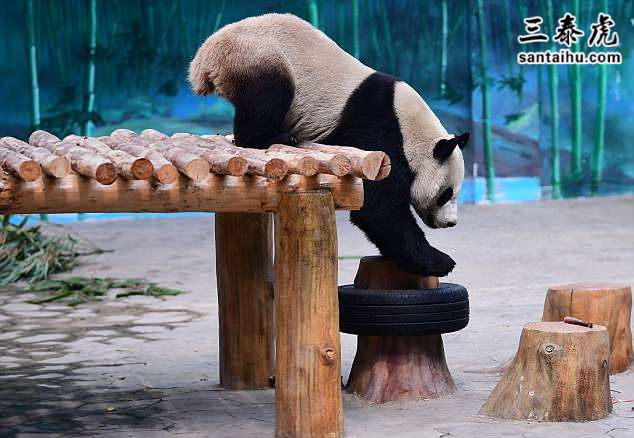 So they became suspicious of Pu Pu's gender and ran a checkup on the animals' genitals, which confirmed the animal is actually male.

Experts also claim that the signs of gender are not obvious among giant pandas before they reach four years old.

According to Liaoshen Evening Post, Pu Pu lives in the enclosure of Shenyang Forest Zoo. It was one of the four young giant pandas that were sent to stay in the zoo in Liaoning Province eight months ago.

A case of conversion therapy?
1
22

It's never just black and white with pandas
2
97

Well it's a good job the pandas know which is which!
1
57