The United States, in coordination with France and Britain, carried out a series of predawn airstrikes on Saturday in Syria in response to what it said was a chemical wons attack this month in the rebel-held Dscus suburb of Douma.

The strikes were the latest development in a long-running and complex conflict with consequences far beyond Syria itself — including in the United States, Iran, Russia and other parts of Europe. 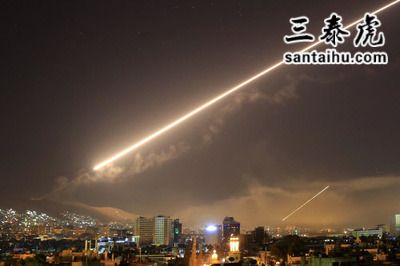 Here are seven takeaways from the airstrikes and their aftermath:

The strikes were intense but restrained

The United States and its allies tried to walk a fine line with the airstrikes, sending a strong message to Presi nt Bashar Assad of Syria without provoking a military response from Russia and Iran, Assad’s two strongest allies.

The operation on Saturday was more powerful than an airstrike ordered by Presi nt Donald Trump last year — this time there were three targets, rather than one, employing twice as many wons. But it was limited to one night, at least for the moment; was specifically aimed at chemical wons facilities’ and steered clear of Russian soldiers and bases.

“Right now this is a one-time shot, and I believe it has sent a very strong message to dissuade him, to deter him from doing it again,” Defense Secretary Jim Mattis said of Assad, although Trump suggested there might be more to come. “We are prepared to sustain this response,” he said, until Syria abandons its use of chemical wons.

The US chose not to wait

The United States and its allies went ahead with the airstrikes in the face of several developments that suggested they could be delayed.

Inspectors from the Organization for the Prohibition of Chemical Wons were expected to arrive in Douma, Syria, on Saturday to investigate the attack last weekend.

Mattis was working to slow the move toward a military response, concerned that a missile strike could spark a wider conflict between Russia, Iran and the West.

And Trump sent mixed signals about timing. On Wednesday, he warned Russia on Twitter that missiles “will be coming, nice and new and ‘smart!'” But the next day, he added: “Never said when an attack on Syria would take place. Could be very soon or not so soon at all!”

At a news conference on Saturday morning, Prime Minister Theresa May of Britain said that the strikes had been “the thing to do,” in part for the “operational security” of those carrying them out.