As I said earlier, I and my wife had seats in the different but adjacent compartments, I helped my wife find her seat first and then came back to find mine. The bags that we were carrying were big for the racks overhead, so the cabin attendants, the women dressed in crisp, ironed, uniforms like stewardesses of airlines, helped me stack them in space thoughtfully provided for such baggage, next to the entrance to the compartments. The train was quick to gather speed, the scrolling display indicated. 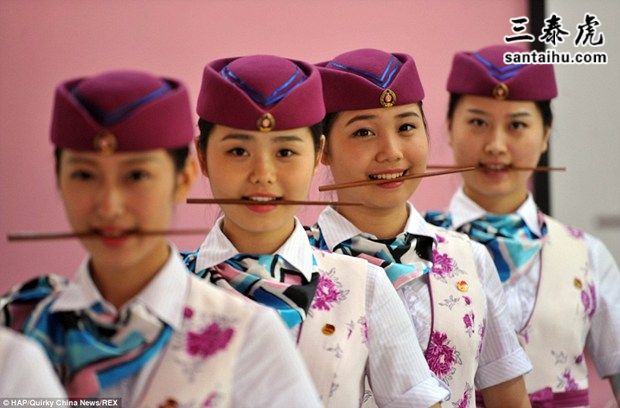 There were very few boarders at the stations and there were almost no people to be seen in the scenery racing by. It was so very different scene from, bright, sunny, endless plains of India stretching till horizon. The train would pass through a tunnel every now and then, sometimes through three-four of them one after the other in a row. It seemed to me that Chinese determination had drilled through the grit of the nature. 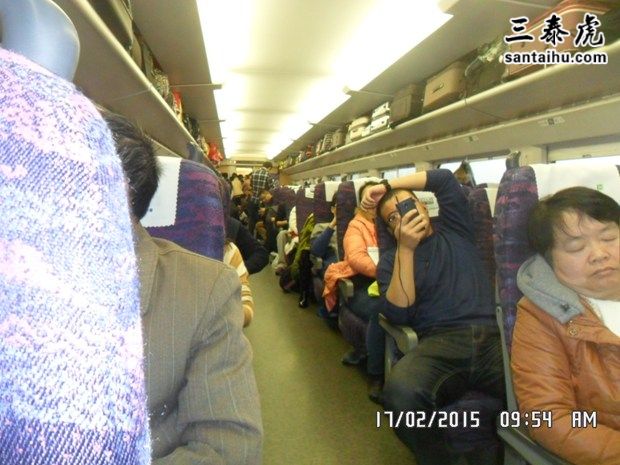 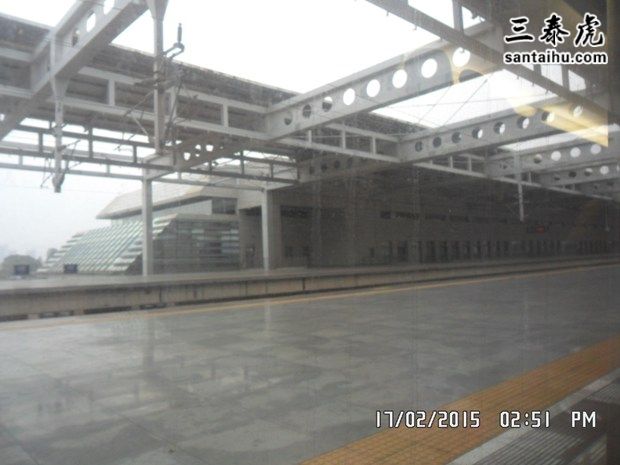 Bringing industrialization to China was the wisest move the leaders could take for the country. Agriculture as such by itself cannot bring prosperity to a nation, but if the terrain in unsuitable and the climate hostile and unpredictable, it becomes all the more daunting to sustain an upward growth of prosperity indices, if the moods of the nature play a stellar role in it. Agriculture is still only source of income for major part of the Indian public but the go nment has to support it with subsidies because most of them are poor. However, the benefits of subsidies doled out to the agriculturists are enjoyed by the people having large land holding while the poor farmers live on hope. From reeling under debts to the prospects of committing suicides, when the crops fail, they live every day in despair and dashed hopes till they can’t take it anymore. 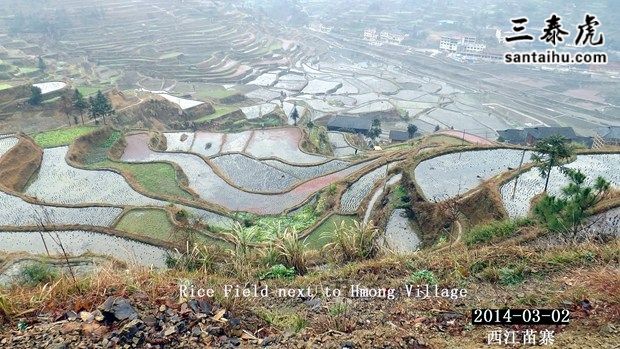 They don’t have any other skills and don’t want to leave their lands for looking for jobs that pay regular income. But in China, I see armies of skilled, unskilled, semi-skilled workers, men and women, dressed in unisex uniforms to blur the differences of identities, all having roots in peasantry, which robbed them of their childhoods, contributing in building the nation, by working as welders, fitters, painters or petty labourers in shipping industry and perhaps in every other industry. I can say about the shipping industry only to which I am connected and know about but I believe it must be so in every labour intensive industry. They are all very industrious and focused. We Indians don’t work even half as much. True, our farmers slog on postage stamp sized plots of land holdings they have, our poor toil day and night for feeding their families but dependents in a family far outnumber the bread earners and the rich live by depriving the poor of their just rights. Every Indian, who can afford a servant or a driver will give one hundred reasons for not increasing their paltry salary but won’t think twice while splurging money on his son or daughter or even his dog.

And the poor are more burdened by the social stigma, social values. They are more worried about providing for their family and their dependents, about giving decent dowries to their daughters, they are more bothered by “what people will say” and they have more dependents, more mouths to feed, more people who live off their earnings. So is it on the national scene as well ‘the muft khor (people who are used to getting things for free) far outnumber the people who contribute to the GDP of the nation. All such people, especially their leaders should be put behind the bars. There should be no quota and no concession, but will the compulsions of vote based de acy ever let it happen? I am afraid that the widening rift, the simmering anger between those living on quota benefits and those without it, will one day result in a conflagration that will burn the nation down.

China too had a very conservative society until early nineteenth century, but the real leap forward for Revolution was the liberation of women. From the beginning of the revolution Chinese women participated enthusiastically for liberation against feudalism and imperialism which for millennia gave them subordinate station in the society and deprived them of any rights. The Communists party pledged to give equal status to women if they came in power and once in power they ensured that they got it. These women, fought for their rights of equality, liberated their selves from the clutches of the male dominance where they were treated as objects of sex, their feet were broken and wrapped in bandages to stunt their growth, where it was fashionable for the rich to keep them as concubines. Now the women in China walk in step with the men and in many fields are ahead of them. I think, Indian society will come of age when Indian women too would be able to assert their right of equality with men as emphatically as the women in China have done but a lot more needs to change along with that. First of all, the outlook of men must change. They have to stop seeing women as objects of lust. 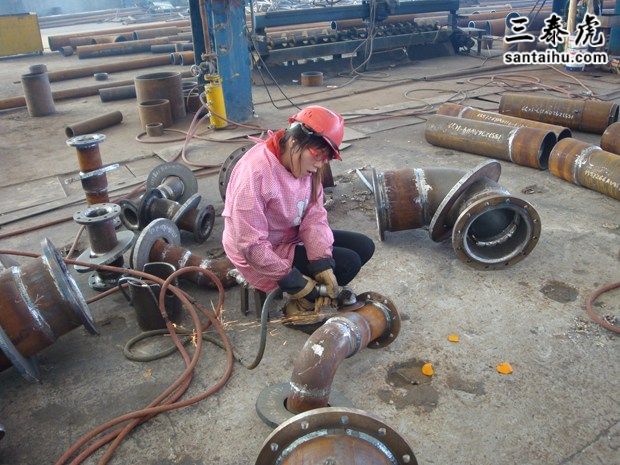 China of today is zooming past the world that thought that the yellow race was too far behind to post a challenge, it didn’t have the capability of being the world leader as it was still living in its outdated wisdom of its ancestors, eating with chopsticks and speaking unintelligible dialect, but putting faith in their leaders as gospel truth, working with assiduity of the ants, they have given the clarion call of their arrival. I as an Indian don’t see them as our rivals. I don’t see India as a competitor, I don’t think, we, as we are today, have the capacity to challenge them. I want my countrymen to learn from them but what I take pleasure in (you may call it a streak of sadism) is the dent that it has made to the obtrusion of the Caucasian race that considered itself superior as until now there was none to question its claim.

Chinese saying goes, there is time to squeeze squeeze.

Thanks but I have no time Eric

Sailor Uncle I think you should register a Chinese micro-blog, so you can better and China's ordinary people exchanges.

Thanks Eric for your wise comments. Yes, I agree with you as I am sure most of the people who read my blogs will that there should be co-operation and peace between the two great neighbours. The war indeed was a very unfortunate happening but as you have rightly said, it's a thing of the past, we should forget about it and look forward to a healthy and mutually benefiting relationship.

Navneet it is an admirable feat to read Conrad in a noisy train. He is one writer who needs full attention and you can miss the thread even through a slight distraction. It must have been pretty distracting trying to read an English book with all Chinese sounds around you.

Hahaha Yes Balaji, even with full attention and no noise around me, I find it difficult to understand him and am often driven to the point of giving up 'writing' but then I think, if ever I could write like him, who would read me (at Sulekha) :)))

After reading several of your China anecdotes and travelogues, I am curious to know whether there is any people's movement back from overpopulated industrialised Chinese Cities (like Shanghai for eg,) to rural interiors on the part of hard working Chinese couples!?

What I mean is... some ageing couples who worked all their youth in Cities may get tired of living in big cities and want to move back to their villages.. is that happening in China?

Do aged couples get any pension from the Government? Are there any signs of 'move back to villages' to enjoy simple pleasures of rural life there from big city average Chinese people?

Hahaha Sureshji, that's a very good point that you have brought up. I am not sure about this but I read in Peter Hessler's book that some of the industries were being moved farther in to the interior China. I am sure one of these days, it will need to be done because of increasing pollution and other environmental problems but I don't think that the Chinese are getting disillusioned by commercialism as to get back to the peace and tranquility of village life.

Your presentation is like a travel together. It is but natural the thoughts of comparison with the motherland arise. The mindset is entirely different as it appears. They, hard working and we here crave for a Government job to take rest.

Yes, Suchisree- That is a very hard working race and what's more is that they work sincerely. Eight hours of work means eight hours of output. No gala, no tea break, nothing except the afternoon meal break, so work for work the output of a person here is at least three times that of a worker in India.

Hello Ron, With changing economic equation and prosperity all those problems that have already visited the prosperous West will come too. It's to be seen whether the new entrants to this game can handle those or how well do they handle when it comes. It's easier to find faults in others. With a rise in economic status, getting cheap labour (which as such is not right) will not remain available to the employers, so the cost of production will go up. With rising awareness, people will demand equal rights and other benefits like social security and pension etc., which now they don't have. So I think, it all a matter of time