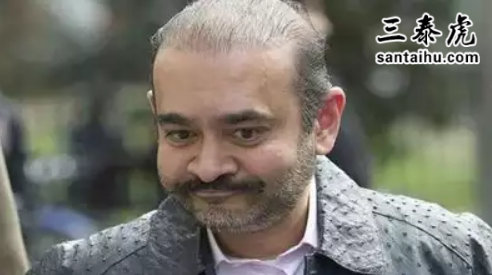 They also cited the poor condition of Arthur Jail in Mumbai where Nirav is supposed to be kept after his extradition to India.

"The Arthur road jail cannot offer him the care he needs. It is Covid infested and Nirav won't get a fair trial (in India)," the lawyer said.

They also sought to establish the grounds for a full high court appeal hearing by cming it would be oppressive to extradite him due to his mental condition that could lead to suicidal impulses.

“The District Judge was wrong to hold that there was nothing unusual about the Appellant's (Nirav Modi) mental condition; and wrong to focus on his present fitness to plead,” Nirav's barrister Edward Fitzgerald argued.

What about people who are cheated by him and millions of Indians who have lost their hard earned wealth through his greed, arent they prone to suicidal thoughts....

Next a murderer will not be punished because he has a family to support!! What kind of crazy travesty of justice is this?!!!

The Judiciary in UK must be insane to even consider such preposterous submissions of a Scoundrel and Thief. We have had enough of this nonsense. They should extradite him without any further ado..

What a fantastic reasoning provided by Nirav's Lawyer. Was he by any chance writing scripts for 3rd grade Bollywood movies?

Then let him commit suicide

po iticians and those cròòķs often gets sick before going to jail.

How cute?! First commit a crime and then say that if you don't allow me to enjoy my ill gotten wealth in a foreign country, i would commit suicide!! And, should a UK court try an Indian for a crime he committed in India? How about other way around?

After the fraud that he has committed do you think anyone is interested in his well being - let him commit suicide - we don't want our country's tax payer money to be spent on him in our jails.

What a joke! So if I dupe 1000s of people and banks I can be free just stating I have mental issues?

Any accused fear of Jail.. Better you die then live in mental condition

UK courts knows very well that Indian Jails are better than UK jails where our fre m fighters were kept.

UK is a place for all the goons and dic ors from Asia and Africa which is a safe haven to park their funds over there. All corrupt people flee to UK.

What about his other tendencies, like taking huge loans and cheating banks and scooting to luxury islands etc. Will his extradition strengthen those tendencies also..

India needs to be clear with UK. We are capable of looking after our prisoners and any interference by UK go nments or courts is an act of war ag inst India

He may not be extradited at all! His coming to India is high risk for so many powerful people in India who benefited through this guy.

How he escaped?? He had links in pmo. Modi was good friend.

Mr Advocate, don't worry too much. you just extradiate him to India and we will take care of him. he wont need to suicide