UP: 50-year-old gang-raped and murdered in Budaun; priest, 2 disciples booked 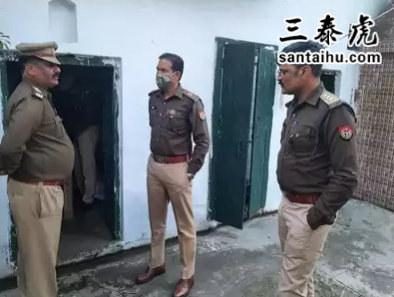 BAREILLY: A 50-year-old woman was allegedly gang-raped and murdered on the premises of a place of worship in a village in UP’s Budaun district. The alleged incident took place on Sunday night.

A priest and his two disciples were later booked under sections 376-d (gang-rape) and 302 (murder) of IPC at Ughaiti police station of Budaun, and one of the accused has been detained for questioning.

According to the woman’s husband, his wife had gone to the place of worship on Sunday evening. But she didn’t return.

Later in the night, the accused and his two aides brought the woman home in a car and told the family that she had fallen in a dry well on the premises. The husband said, “My wife was alive by then. But before we could understand anything or ask any question, they left in the car. After a few minutes, my wife succumbed to the injuries. She had multiple injuries, including those on private parts.”

The woman’s elder son said, “We were sure that the priest and his aides were lying. They didn’t take my mother to hospital.”

Senior superintendent of police (SSP) Budaun, Sankalp Sharma, who rushed to the village, said, “The post-mortem has confirmed injuries on private part and the reason of death is shock and haemorrhage due to ante-mortem injuries. The priest and his aides are missing. We have registered an FIR against them. We have deployed multiple teams to nab the accused."

Media under observation of Mota Bhai will hush up the case.

The priest and his aides need to be arrested within 72 hours or the SSP Police of the area has to be sacked with immediate effect and a new more qualified and competant SSP needs to come there !

This atrocities will continue till criminals, rapists and terrorists will run go nment.

Rape anyone & everyone from a few months old to 78yr old.

UP is the Worst State in India.

So many people trust priests blindly.

May God save this nation!

Catch the culprits immediately and cut off their dficks.

when our bodi and shah has so many criminal cases ....banana republic ...world rape captial

UP IS A CRIME HUB OF ENDIA .....RAPE CASES INCREASED ON DAILY BASES SINCE MONKEY FACE BOGI CAME INTO POWER .....

Again UP the land of rapists and low class animals

Why the accused name is not mentioned.

A severe punishment is required for them.

Places of worship are safehouses for rapists and molesters. I pity the women who believe that they need to go to the temple, mosque or church to please their gods.

one thing is for sure....never go to UP irrespective who is ruling that God forsaken state. It is a barbaric state...no point in casting aspersions on the rulers who are anyways from the same flock...BJP, Congress, BSP, SP sab ekhi hey.