Outrage in India after an 86-year-old woman is brutally raped and beaten by attacker, 33, as she begged him to stop and said she was 'like his grandmother'

An 86-year-old grandmother has been brutally raped and assaulted by a 33-year-old man in India.

The woman told her attacker she was 'like his grandmother' in a bid to stop the assault after he lured her from her home on Monday evening.

The man, who has since been arrested, approached the woman while she was waiting on her doorstep in Delhi for the evening milkman. 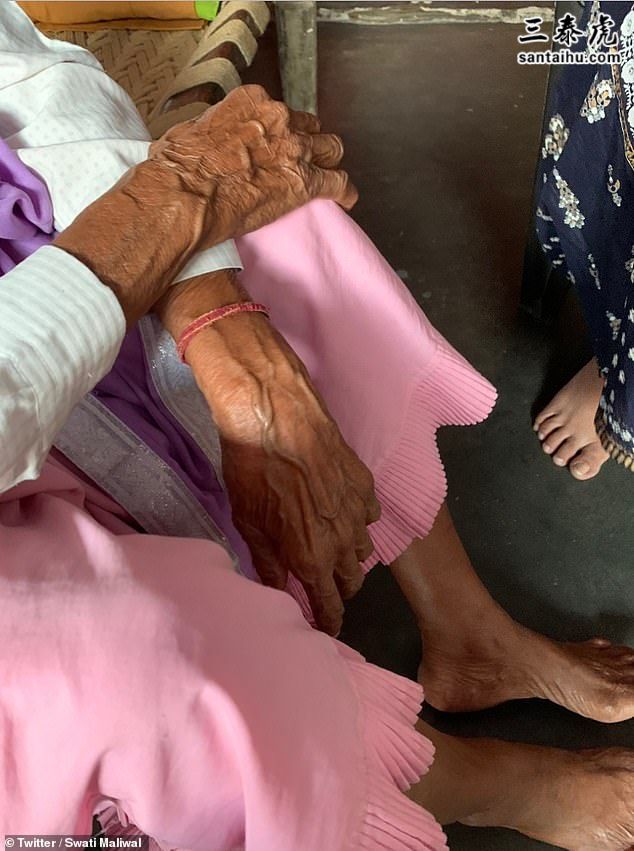 Swati Maliwal, head of the Delhi Commission for Women, told the BBC: 'He told her that her regular milk delivery man wasn't coming and offered to take her to the place where she could get milk.'

She willingly trusted him and accompanied him to find milk but he instead took her to a nearby farm and raped her.

Ms Maliwal said: 'She kept crying and begging him to leave her. She told him that she was like his grandmother.

'But he ignored her pleas and assaulted her mercilessly when she tried to resist and protect herself.'

Local villagers heard her cries and rushed to rescue her, handing over the rapist to the police.

Ms Maliwal visited the woman at her home on Tuesday, describing it as 'heart-breaking'.

I have no words but absolutely disgusting and death penalty.

He should be given to the crowds

There are some sick, awful people in the world.

Always outrage but nothing seems to get done

Always outrage but nothing ever seems to change. That poor woman, I hope she gets to see justice.

Drifting, Out of Town, United Kingdom

Elderly people are often physically frail and as vulnerable as children, furthermore they will find it very hard to cope going forward. I hope he gets the maximum sentence, and if that is the death penalty that is okay with me.

There is something seriously wrong with these men!

I say let the people have their way with him. Will be better than the death penalty.

Death penalty too quick for him, the beast.