As an Indian what is your experience with China and its people? 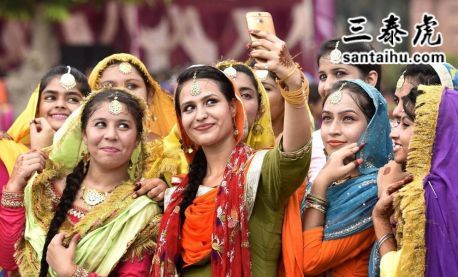 Shyamakshi Ghosh, A techie by brains and a traveller by heart!

In April 2017, we visited China as tourists. Here are some of my experiences:

And eating insects is still a thing. But extremely occasional.

Overall, it felt very positive. Would love to visit again!

I've met 3 Chinese people till now,out of which 2 were associated with my family for a month or so, and one I met at a hotel on our vacation in Nepal.

There was this girl Jill from Taiwan( not in China, but you get it). She was on some business trip to India and was associated with my mother's friend. My mother's friend sent Jill to her as she desperately wanted to learn English, and she felt that my mother would be the best person to teach her a few basics to help her get started.

She was very cordial, down to earth and would get some Chinese delicacy for us daily. She learnt basics of English for a month after which she had to leave for Taiwan. On her last day, she got us glass noodles. They weren't much to the liking of our taste buds but her efforts were commendable.

She would dote on my younger brother and would even get me candies. She was genuinely a really nice person.

Second one was a receptionist at my father's clinic. Her name was Ditt. I don't know how it's written but thats how it was pronounced. She too was so good. She knew English perfectly and was very kind with the patients. She had to leave after a few months because of certain circumstances that had crept up back at home. This was in the year 2004. We met her in 2012 again, she was as radiant as before!

The last one I met was a 50 yr old professor of Immunology at Guangzhou Medical University. She was staying in the same hotel as ours and was accompanying 50 people for a trek the following day. She also knew English very well and started to talk to me about MBBS, what all subjects we have, whether we are taught immunology separately or not and lots more. She radiated a very positive energy and asked me for recommendations for her next visit to India.

She told me how Indian students at her university fare really well.

All in all my experience has been quite remarkable!

I have had mostly positive experiences with Chinese people, I have been regularly interacting with them for about 8 years now.

I do not know much about China, but will surely like to visit her sometime.

Chinese people are really hardworking, they never disrespect us, they are friendly too unlike what most of us think.

The ones working in IT are good in English language so conversations are never a problem.

I am kind of in shock to see questions like this from Chinese Why does India treat China as the enemy but don't believe the fact that India is so poor? Anyway, China treats India as a bug.

Recent events between India and China are triggering such questions and honestly I think Chinese who do not interact with Indians have really wrong opinions about us and yes only those people have tad bit of superiority complex, lets just ignore that lot and try to work towards better relationship with China.

China you definitely rock for the kind of development you have shown, and we are surely catching up.

My father recently visited China for a business trip, so I guess I can answer this question.

The people he met in China were very amicable. Most people he met would greet with a smile. The hospitality was comparable to what we as Indians boast of being part of our culture, but often fail to deliver.

Of course there's a bit of a language barrier, but each place he did go, there would be someone the people hired just to speak in English to potential customers.

In China, he found an orderliness in public places that India certainly does not have. The public transportation, despite having as many people as an Indian train or bus, would be comfortable with people not pushing around as much. An old woman even offered her seat to my father, saying that he was their country's guest. I doubt anyone in India has ever done that.

In JUNE 2017, we visited China (Shnaghai, Yiwu) as tourists. Here are some of my experiences:

They are very much hard working.

You see, it turns out that in China (especially during the scalding hot summer months), it is perfectly acceptable for men to tie their shirts halfway up their chests and walk around public streets, trains, or restaurants with their entire tummies nakedly protruding.

Too much pollution as most of all products are made in china.

We are tired of finding good food as we are vegetarian.

But at last I LOVE MY INDIA

I am not sure, If am quite eligible to answer this question, since I have a short experience of working with a Chinese colleague for one of the project on which I was working in Toyo Engineering (Japan). But, I don’t have any specific experience of China as a country though.

We were working on Front End Detail Design of ethylene cracker project. The Chinese girl was deputed from Toyo-China office to Toyo-Japan office for this particular project.

Actually, the girl was actually very sincere at work and very open in terms of interacting with other peoples without any hesitation of the other person being Indian, Korean or Japanese. Though, she could not communicate in English very well, it seemed that she was a girl with a very good heart. As a person, she was really good.

On the other hand, she did not seem to very smart to me (I always had thought of Chinese guys to be very smart and hardworking) , considering she had a masters degree in chemical engineering.

I think, majority of the Chinese population would be either very smart or not smart at all. I personally think that, there would be very less population of “averagely intelligent” people in China as there are in India.

Obviously, I cant judge the whole Chinese population based on a single girl whom I met. But, my conclusion is also based on the reading I’ve done on internet about the Chinese education system and GAOKAO.

However, for me the Chinese girl was of very good nature, kind hearted and a very good human being and that is what is more important to me and nothing else.

If this question would have been about Japanese people, may be I could written this answer more better.

I would really like to know from Balaji Sir, to why he only asked the question in specific about the China and Chinese people? (just curiosity).

My experience with the people of China has been short lived but it still was a beautiful one.

I went to the GYLC programme in the USA few years back and according to the programme I was paired with roommates from random countries for 14 days.

I was only supposed to have one single roommate but due to some confusion I was put into a room which already had two roommates. And yes, both of them were Chinese.

Initially I was hesitant to talk but then they turned out to be one the sweetest people I met! They were the only children in their family and they told me about the “one child” rule they had in China. Since I cannot imagine my life without my sibling, I genuinely felt bad for them. We spoke about history, wars, food, clothing and so much more!

They are like us in so many ways, they were kind, sweet and beautiful people. I wish they had the same social networks as I have so we could have been in touch now. I only have a written letter form both of them now!

I cherish these experiences I had with them.